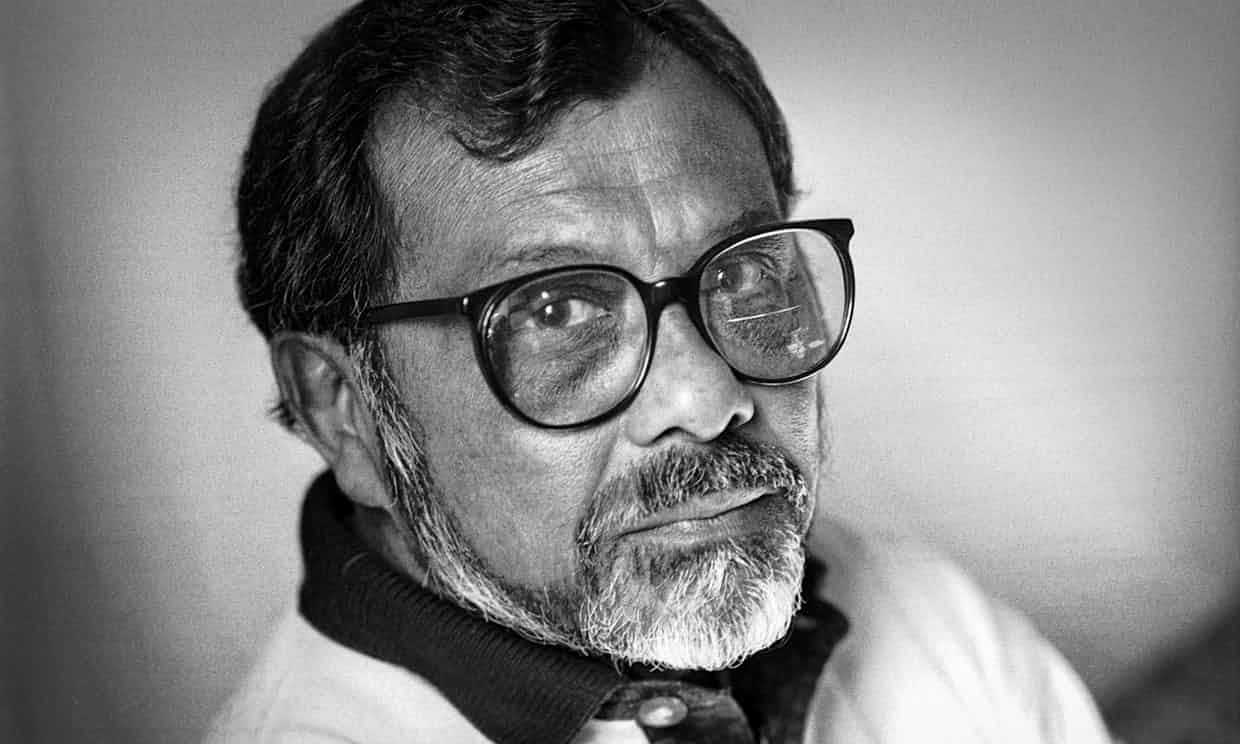 In 1958, Ambalavaner Sivanandan, later a leading intellectual of the left who changed the way that race relations were viewed in the UK, dressed up as a policeman in his native Sri Lanka and brandished a gun without any bullets, in order to save members of his Tamil family from a Sinhalese mob. Later that year Siva, as he was more commonly known, left what was then Ceylon and came to Britain, arriving only to witness the anti-black race riots in Notting Hill. “I knew then I was black,” he later wrote. “I could no longer stand on the sidelines: race was a problem that affected me directly. I had no excuse to go into banking or anything else that I was fitted up to do … I had to find a way of making some sort of contribution to the improvement of society.”

In his position as the director of the Institute of Race Relations for 40 years, from 1973 to 2013, and the editor of its journal, Race & Class, Siva, who has died aged 94, remained true to that mission. He was a tireless and eloquent voice explaining the connections between race, class, imperialism and colonialism.

Siva highlighted – in what was a radical position at the time – that it was not the presence of black people that created racism, but the refusal of the British state to evolve in a multiracial society. His writing was key to ideas that later entered the mainstream with the publication of the Macpherson report in 1999, which concluded that the flawed handling of the death of Stephen Lawrence was because of institutional racism – defined by Siva as “that which, covertly or overtly, resides in the policies, procedures, operations and culture of public or private institutions – reinforcing individual prejudices and being reinforced by them in turn”.

Siva was the chief librarian at the IRR when he led a staff revolt against the management board in 1972. The board members were forced to resign and Siva was elected director. He went about transforming what was an anodyne academic institution, embedded in the establishment with a government advisory role, into a radical thinktank whose mission was to support black communities in their anti-racist struggles both locally and globally. As director, Siva focused his advocacy on the most excluded, and those affected by the most vicious manifestations of racism. “There are two racisms: the racism that discriminates and the racism that kills,” he wrote.

This was one of Siva’s many celebrated aphorisms – easy-to-remember encapsulations of complex ideas that challenged simplistic assumptions. Others included: “We are here because you were there” (relating to post-colonial migration); “If those who have do not give, those who haven’t must take”; and “The personal is not political, the political is personal”.

The latter illustrated his growing frustration with the solipsism of emerging identity politics, particularly among what he saw as a more well-heeled, younger generation of intellectuals, who he felt were reluctant to engage with issues of class even though it was the struggles of the black working-class who had paved the way for them. “The people who made this mobility possible were those who took to the streets,” he once told me. “But they did not benefit.”

It was Siva who renamed Race, the IRR’s journal, Race & Class. It became a leading voice for radical race politics, with writers such as John Berger, Angela Davis and Noam Chomsky. His own groundbreaking essays for the journal included The Liberation of the Black Intellectual (1974), Race, Class and the State (1977) and From Resistance to Rebellion (1981), all of which, in different emphases, provided an analytical narrative of the history of black British struggles.

He was also perceptive when it came to the kind of developments that shaped our economic systems and social consciousness. In a prescient essay written in 1989, New Circuits of Imperialism, he laid out how new technology would displace labour and liberate capital: “Where once steam and subsequently electricity replaced muscle power, today microelectronics … replaces the brain. Changes in the production process … have freed industrial capital from spatial strictures.”

Born in Jaffna, the son of Ambalavaner, a postal worker, and Nageswari, a homemaker, Siva was educated at St Joseph’s College, Colombo. He studied economics at Ceylon University, graduating in 1945, and became one of the first native bank managers at the Bank of Ceylon. In 1950 he married Bernadette Wijeyewickrema.

On arriving in the UK, Siva worked briefly as a clerk in the trading company Vavasseur and Co. Unable to find banking work, he retrained as a librarian. He worked for Middlesex and other public libraries, then the Colonial Office library, before becoming chief librarian at the IRR in central London in 1964. His first marriage ended in 1969, and he married his long-time partner, Jenny Bourne, currently joint-editor of Race & Class, in 1993. In 2006 the library on race relations that he had built up at the IRR was moved to the University of Warwick library, where it is known as the Sivanandan Collection. His novel When Memory Dies (1997) won both the Commonwealth Writers’ first book prize (for Eurasia) and the Sagittarius prize. Where the Dance Is, a collection of short stories, was published in 2000.

In his polemic he was scathing. In the essay The Hokum of New Times (1990), he slated the shift towards a progressive politics rooted more in identity than class, branding it “a sort of bazaar socialism, bizarre socialism, a hedonist socialism: an eat, drink and be merry socialism because tomorrow we can eat drink and be merry again … a socialism for disillusioned Marxist intellectuals who had waited around too long for the revolution”.

In his person he was generous, a keen mind with a sharp, impish wit and a mischievous, impish manner. When New Statesman called on prominent figures to write a letter to God in its 1991 Christmas supplement, Siva – raised Hindu, in a Buddhist society, and educated by Catholics – wrote: “It is that sense of self-determination, self-belief, that authority over myself, the sense of being my own author, that has taken your place. But of course it frightens the hell out of me. For there is no adjudicator except myself, no one who can forgive me except myself, no one who can excoriate me, absolve me, lift me up again, except myself.”

He is survived by Jenny and by three children, Tamara, Natasha and Rohan, from his first marriage.