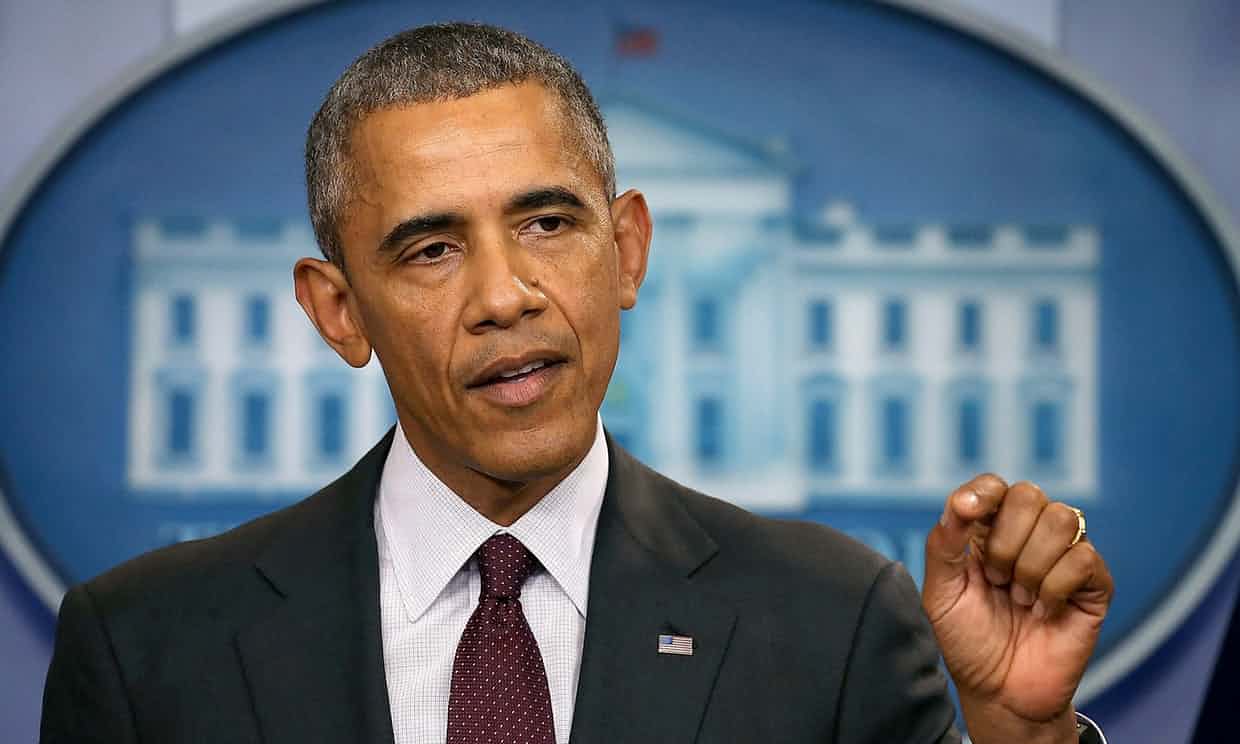 Within the American polity there is a cyclical requiem in the wake of each mass shooting – a predictable collective lament for a calamity that ostensibly everyone regrets and nobody can resolve. Profiles of the victims emerge as reporters opine in front of police tape, wringing every last detail from tear-stained survivors. Gradually facts about the shooter emerge, followed by endless speculation about his (they are almost always men) motives before the president calls for prayer and healing.

Everybody knows their lines. With 45 mass shootings already this year they have rehearsed them often enough. Indeed, the tragedy lies not only in the trauma of the victims but in the apparent helplessness of the political class and the hopelessness that the deathly cycle might be broken.

On Thursday night, following the shootings in Oregon, Barack Obama once again changed the tenor. Alongside the tone of sorrow and despair there was anger and frustration. “As I said just a few months ago, and I said a few months before that, and each time we see one of these mass shootings, our thoughts and prayers are not enough,” he said. “It does nothing to prevent this carnage being inflicted some place in America, next week or a couple of months from now. Somehow this has become routine.”

To the outside world the solution seems straightforward: less guns, more gun control. With roughly 90 guns for every 100 inhabitants, America has far more guns per capita than any other nation and fewer controls on how many guns you can buy, how you buy them, who can own them. Nowhere else in the world has this kind of problem on this kind of scale. This is one example of American exceptionalism few are keen to emulate.

But these arguments, when pitted against the cultural allure of the settler-frontiersman and rugged individualism, the profits of the gun lobby and a tendentious interpretation of the second amendment, rarely get a hearing beyond the comfort zones from which they emerge. “None of us in the free world would have what we have if it were not for guns,” David Britt, a gun rights advocate, once told me. “It’s about freedom, it’s not about violence.”

So however it looks from the outside, from within America the landscape on which these debates are held – when they are held at all – is more thorny. When it comes to specific remedies Obama’s speaks for the nation. A Pew poll last month showed that 85% of Americans support background checks for gun shows and private sales, 79% back laws to prevent mentally ill people from buying guns, 70% are in favour of a federal database to track gun sales and 57% support a ban on assault-style weapons.

But when it comes to the broader issue of gun control, the country is deeply divided. Currently, 50% say it is more important to control gun ownership, while 47% say it is more important to protect gun rights. That divide parallels the partisan fault line that has created so much dysfunction and stasis from shutting down the government to immigration reform. And while gun rights supporters are marginally outnumbered, they are far more motivated as a single-issue pressure group than those who back gun control.

The fact that media attention only turns to the issue after incidents such as this also skews the debate. The overwhelming majority of Americans who are killed by firearms do not die in mass shootings – they kill themselves. Moreover, over the past 30 years the number of people killed by guns has actually fallen, as has the proportion of Americans who own guns. Meanwhile, the sale of guns has gone up, as those who do own them generally own more of them – on average seven each.

“Whether they’re used in war or for keeping the peace guns are just tools,” wrote the late Chris Kyle, the US navy Seal made globally famous by the movie American Sniper, in American Gun: A History of the US in 10 Firearms. “And like any tool, the way they’re used reflects the society they’re part of.”

He had a point. There is far more to both gun violence in general and mass shootings in particular than just guns. The absence of a universal healthcare has made the prison system the principal provider of mental healthcare in America. The mentally ill in the US are less likely to diagnosed, less likely to be treated and more likely to be criminalised than anywhere else in the western world. The presence of mass poverty, significant economic inequality and widespread racial segregation combine to produce desperation, resentment and fear.

Other countries have these problems to lesser or greater degrees. The difference is that no other country has these problems and then a huge stockpile of easily available weapons to virtually anybody who wants them.

And so the requiem continues. A painful elegy for a nation careless enough to lose its innocence on a weekly basis, one which can expend extraordinary resources looking for water on Mars yet is apparently incapable of finding a way to keep its people safe in cinemas, colleges and churches.