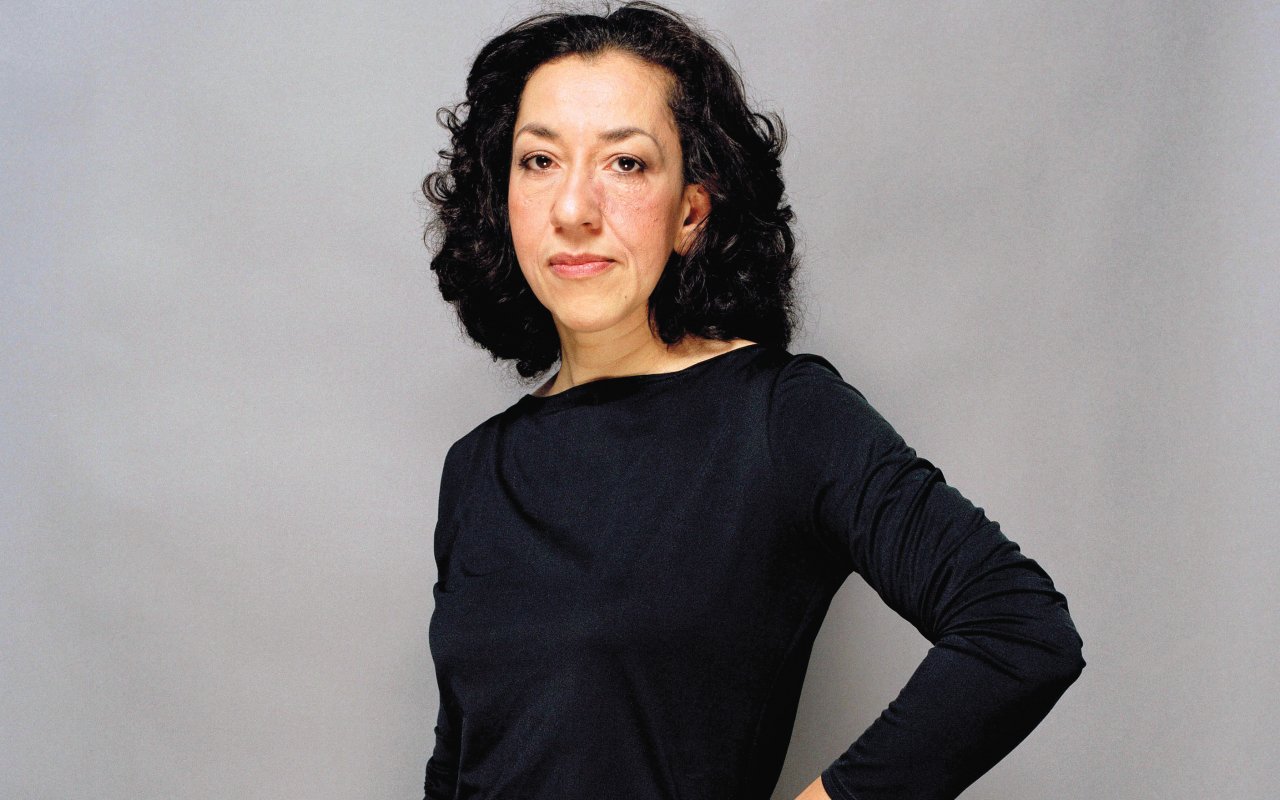 Remembering the novelist, one year after her death.

While Bill Mayblin, the novelist Andrea Levy’s widower, was gathering her things for the British Library archive, he came across a red Moleskine book containing a handwritten tale that he’d never seen before.
Entitled “Two”, it is a brief dialogue between two unnamed functionaries working for the Grim Reaper . They are discussing Andrea’s impending death. With a mixture of wry cynicism, callous ambivalence and bureaucratic nonchalance they ponder her admittance, as though standing at a water cooler in a celestial call centre.

I have someone for you.
Good. Male or female?
Female.
Childbirth?
Don’t be silly, we haven’t done childbirth in ages. It’s a bit rare you know.
Around here maybe but not in other parts.
Well, maybe so. But childbirth… no. Cancer.
Breast?  Of course.
I’m not going to have to hang about for ages am I? Only the last one took years. It’s on. It’s off. Tries my patience.

As a close friend of Andrea’s, who talked with her a lot about the cancer she had and the death that was coming, I found the voices were recognisably hers. She lived with cancer for a decade – long enough for her to joke that she stopped telling people about it because some looked almost disappointed when they bumped into her and found her looking fine.

When she left my book launch in 2016, shortly before I went to cover the US presidential elections, I told her I’d see her when I got back.

“I wouldn’t be so sure,” she said, with a half-smile inflected with doubt and regret.

I wasn’t aware at that stage that she had already booked an appointment with Dignitas in Switzerland, which facilitates assisted dying. I would call Bill from Indiana episodically, hoping not to hear a continental ringtone. I told myself a wonder drug would emerge that would give her a couple more years.

“You don’t stare at the sun,” the late Susan Sontag once told me, referring to her own fight with cancer. “And you don’t stare at your own death either.” But I felt that Andrea stared it down and then some. She was not fearless. Far from it. But she had the time and fortitude to rationalise what was going to happen in a matter-of-fact way.

One of the last times I saw her we sat in her back garden, a few months before she died, talking about the banana leaf and bamboo coffin she had chosen and where people would park at her funeral. She died at home in her bed on 14 February 2019.

Back in the Grim Reaper’s office, the two bureaucrats discuss the apparent equanimity of their next customer.

Well this one’s a bit of a cantankerous bugger. She won’t take everything they’ve got. Keeps talking about quality of life. Says she’s come to terms with death.
They both look at each other and laugh for a good five minutes wiping their eyes from the watery tears of laughter.
Right, right, come on enough. My stomach hurts. Right, so this one has come to terms with death.
So she says.
How exactly?
“Everyone dies, blah blah.” All the old chestnuts.
Is that it?
Well there’s slightly more.
Oh yeah like what?
She says she’s had a good life and is ready to go.

“It’s almost Socratic in its way of using dialogue to work something out for herself,” says Bill. “Even now I’m not entirely sure what she was trying to say. It’s ambiguous because she’s sort of reinforcing her feelings about her death, but she’s also questioning them.”

There is some dark humour in there too, as she makes plain her scepticism of much of the unorthodox advice that came her way as the cancer progressed. “The self-help stuff does some people a lot of good,” says Bill. “But she’d laugh about it and never wanted anything to do with it.”

The Reaper’s minions are merciless:

I had one the other day who gave herself coffee enemas daily. Said it did her the world of good.
They look at each other and laugh.
Bloody hell I see what you mean.
Now, wait for this. Now there are lots of people doing it.
Nescafé?
Flat white.
They laugh.
Some will be doing decaf soon.
With soya milk.

I knew Andrea before her prize-winning Windrush generation novel Small Island (2004) propelled her into the literary premier league. One of the joys of this late success was to see her engage with the dialectical tension between being a known and celebrated writer – one who could make demands – and being a working-class black woman from Arsenal, north London, who had the audacity to write books that were acclaimed, but not necessarily widely read, for most of her life.

Elsewhere, Bill found a dialogue she’d written where two voices in Andrea’s head discuss whether she should write a memoir. One is scathing about the idea: “Who do you think you are? You don’t write memoirs. That’s for people who went to Oxford.” The other was more encouraging. “But it’s quite an interesting time that you’ve lived through and you’ve got something to say.”

“She would probably never look at these dialogues again,” says Bill. “She never mentioned them. I deliberated for a bit about making them public, but I think they are interesting from an academic standpoint. They don’t mention anybody else. They don’t upset anybody. And they can’t upset Ange, because she’s not here.”

The British Library’s oral historian, Sarah O’Reilly, asked Andrea to speak on tape about her life for the library’s archives. When Andrea agreed, O’Reilly was curious as to why. Andrea answered: “It was like I imagined you into being. You wrote to me and said ‘Would you let your life flash before you? You’re dying and would you come and tell me about the life that you lived?’ And not only personally or for a newspaper. But for a country which I feel absolutely a part of, but not everybody feels that I am a part of. So I said yes, because who gets to do that?”

It is a tribute to her legacy that she got to do it. It was a mark of her personality that she could never quite believe it.