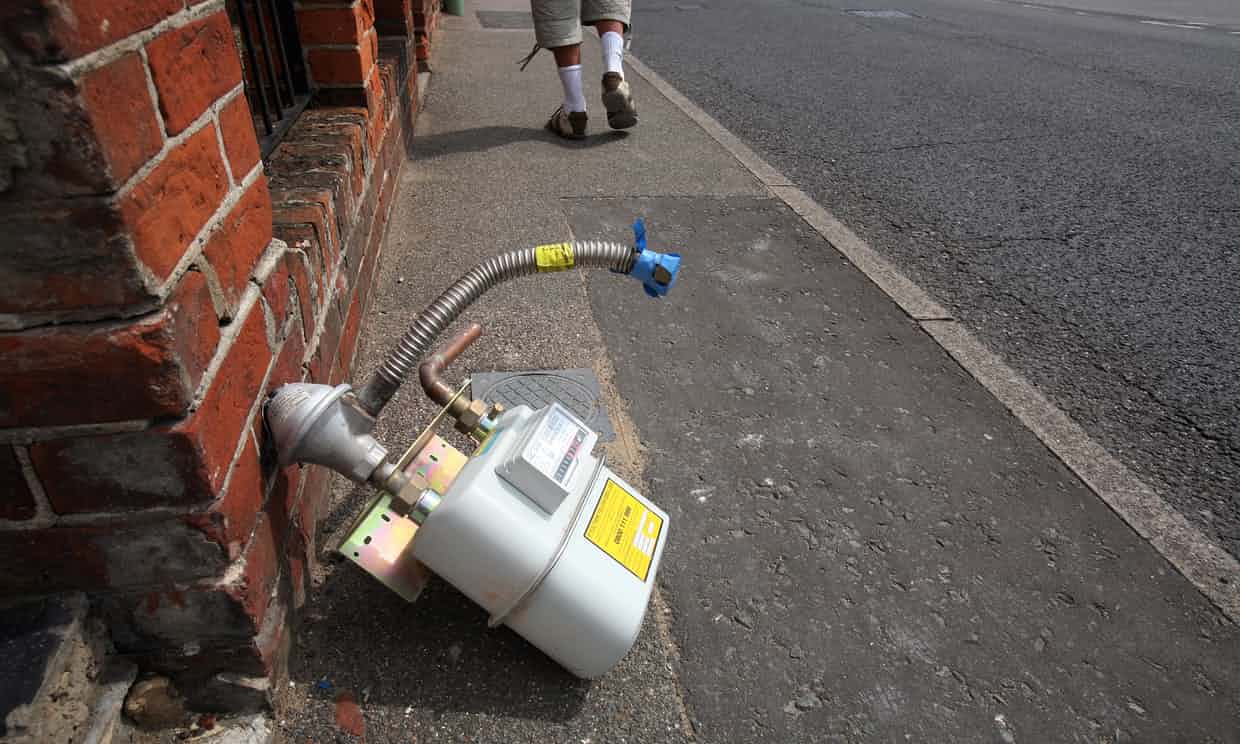 Back in the UK, land of cooking on gas (and wine)
The Guardian,
Photograph: Graham Turner for the Guardian

Someone stole our gas meter. Quite who does that is a matter for the authorities; quite why someone does it is a matter of curiosity. Stealing gas I can understand. You can use gas. But stealing the instrument that measures gas usage? That is beyond me. Thieves steal people’s money; they don’t kidnap their accountant.

When the new meter finally came, it had a note on it demanding that it not be stolen

Whatever the motivation, the consequences were real. Our house was being renovated. Without a gas meter the work could not be finished, and we couldn’t move in. Ovo Energy informed me that unless I moved in, I couldn’t have a new meter for weeks. I told them I couldn’t live in the property because builders were there, waiting for a gas meter to be installed. “At this rate I’ll never be able to move in because the work will never be finished because you won’t fit a new gas meter because I don’t live in my house,” I explained.

“I can see how that would be a problem,” they kept saying. When the new meter finally came, it had a note on it demanding that it not be stolen. It reminded me of a poster of the top of our street in Chicago that stated: “Stop killing people.” From here on in, I’ll be taking nothing for granted.

At a recent drinks party in central London (the kind of event I rarely attend and, for reasons that will soon become apparent, to which I am rarely invited) a young woman held forth about Jeremy Corbyn. Since my return from the US, I’ve found the smartest answer to the effect his elevation will have on British politics is, “I don’t know.” It is, after all, an unprecedented situation at a particularly volatile time. But such words did not come easily to this animated analyst.

“He’s already lost the election,” she said. “I think you’ll find he just won an election,” I told her. “I mean 2020,” she said, referring to the next general election. “Are we talking about 2020 in the past tense now?” I asked. Her ire shifted from Corbyn to me.

“We’re journalists,” she condescended. “We’re supposed to analyse and make predictions.” Duly chastened, I asked if she had predicted Corbyn’s victory. “No, she said. Nobody did.”

Had she thought that the Tories would win the election? “I knew they’d be the biggest party,” she said. “That’s not what I asked,” I said, thinking, two can play this condescension game. “Well the polls got that wrong,” she said. “Did you believe the pollsters?” I badgered between the vol-au-vents. “Yes,” she said. “We all did.” “True,” I said, “and we were all wrong. So maybe we’re not that good at predictions.” That’s not an argument for Corbyn. It’s an argument for humility.

By the time the gas meter logjam was broken, I had filed a complaint. By way of recompense the congenial customer relations fellow offered a small rebate, which he topped up with £20 so I could “have a drink on them”. This was kind. But having spent over a decade in the US – a far more abstemious culture in respects that don’t involve deadly weapons – it was also shocking.

I know alcohol is central to British life. Indeed, the presence of alcohol as a default position – that decadent assumption that one would want or even need a “drink” – has been one of the things I’ve missed. Until, that is, our new fridge arrived.

“Why did you get one with a wine rack,” I asked my teetotal American wife. “Most of them have wine racks,” she said. I knew we were high-functioning. I just didn’t realise how central alcohol was to how everything else actually functions.