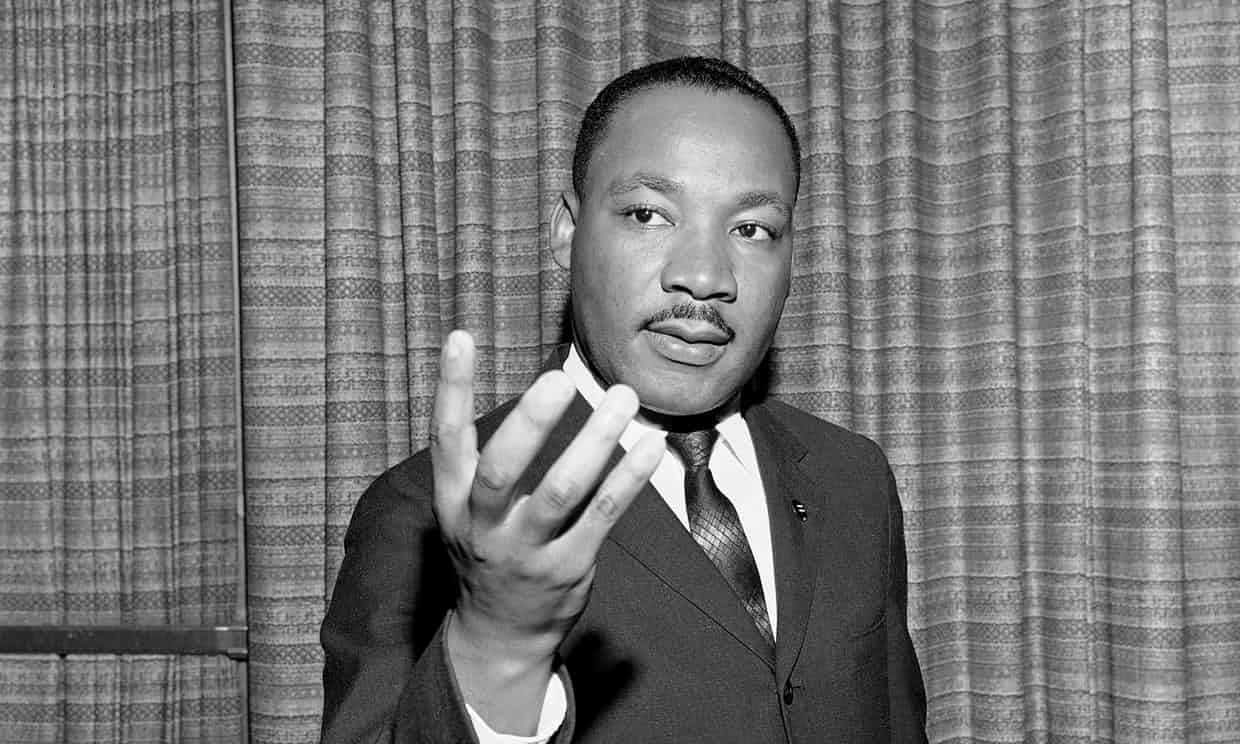 Big business is hijacking our radical past. We must stop it
The Guardian,
Photograph: Anonymous/AP

In 1966, shortly before Martin Luther King branded America “the greatest purveyor of violence in the world today” and insisted “capitalism forgets that life is social”, a Gallup poll showed two thirds of Americans viewed him unfavourably. In 1999, when Gallup asked Americans for the most admired figures of the 20th century, King came second to Mother Teresa. When his monument went up on the National Mall in Washington in 2011, 91% of Americans approved.

But when it comes to throwing its arms around a man it once loathed, American capitalism outdid itself last weekend, using a recording of a sermon King delivered about the value of service to sell Ram Trucks – “Built to Serve” – during the Superbowl.

Given that King was dead during the entire transition from being reviled to being revered, we should assume the journey owed less to what he did than to how others chose to remember him.

In the week when Britain celebrated the centenary of the act of parliament that granted the vote to some women, it is worth examining the manner in which radical history is misrepresented and radicals themselves are routinely coopted. With the militancy that made them both possible denied or distorted, their achievements are instead folded into the official narrative as though challenging the establishment was, in fact, the establishment’s idea all along. What was once considered dangerous and incendiary is repackaged as obvious and inevitable.

Referring to America’s conversion to marriage equality, veteran gay rights campaigner Madeline Davis told me: “People forget that this did not erupt wholly from the head of Zeus … Those of us who did work hard all over the country put in many days and many hours going through rejection.” Movements are reduced to individuals – Rosa Parks’ momentary act of defiance on the bus in Montgomery, Alabama is credited with forcing change, rather than the subsequent year-long transport boycott by the city’s black population.

Individuals, meanwhile, are elevated to icons: Parks is sold as a demure seamstress, ignoring a life of activism in which she insisted on the right to use violence in self-defence. Or they are condemned to invisibility: Claudette Colvin was ejected from a bus nine months before Parks after also refusing to give up her seat, but her cause was dropped after she became pregnant at 15. Until recently, she was left out of the story altogether. 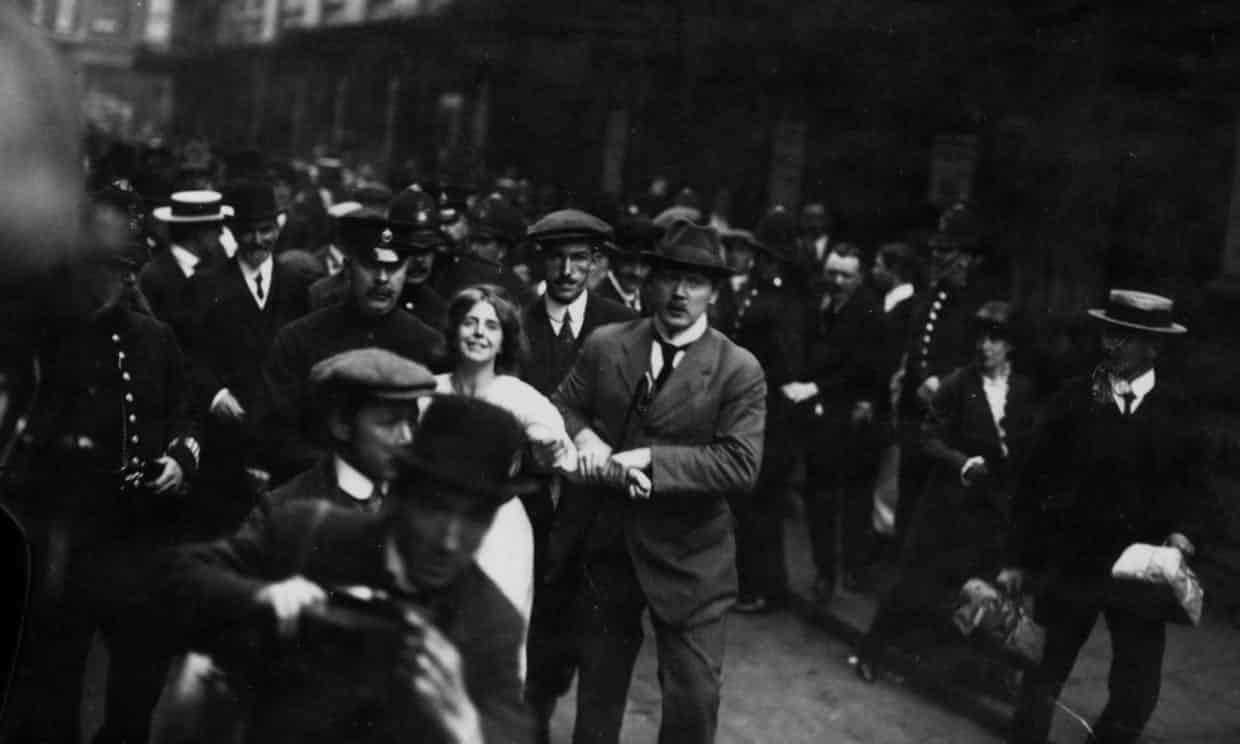 ‘Even those who supported suffrage at the time would routinely condemn activists such as Annie Kenney.’ Photograph: Hulton Archive/Getty Images

The suffragettes were reviled by the establishment. And for good reason. They smashed windows and started fires. They preferred jail to second-class citizenship. They went on hunger strikes. Some were communists. They did not just break the law – some flouted it ostentatiously. “To say I enjoyed making fires sounds rather awful,” said Lilian Lenton. “But it was really lovely to find that you’d been successful; that the thing really had burned down and you hadn’t got caught.”

Their challenge was not just against the political class, but the media that lent it legitimacy. In 1913 the Daily Express described suffragettes variously as “wild”, “fanatical”, “crazy” and “frenzied”. A year later the home secretary disparaged them as “foolish and mischievous”. Even those who supported suffrage would routinely condemn the means by which it was fought for. In 1905, when Christabel Pankhurst and Annie Kenney were forcibly removed from a Liberal party meeting for heckling in favour of female suffrage, the Guardian condemned their behaviour as being “such as one was accustomed to attribute to women from the slums”.

It would be churlish not to celebrate the fact that once controversial and radical ideas, such as women’s suffrage or racial and gay liberation, have shifted from the margins to the mainstream. Even if we are not where we would want to be in terms of equality we are, thankfully, not where we were. But we should be wary of how these celebrations are conducted – who is given the floor, to what end and with what message – for two main reasons.

First, because before radical history can be embraced by the establishment it must be washed clean of whatever ideology made it effective. Radical change is most likely to come from below, be fiercely resisted by entrenched interests from above and achieved through confrontation. “If those who have do not give, those who haven’t must take,” argued the late anti-racist intellectual Ambalavaner Sivanandan. This is not a message those in power are keen to promote, lest their own interests be challenged.

In the case of the Ram Trucks ad, this whitewashing couldn’t have been more blatant. In another part of the sermon that was used, King literally tells the congregation not to be fooled into spending more money than necessary on cars by sharp advertisers. “These gentlemen of massive verbal persuasion,” he says, “have a way of saying things to you that kind of gets you into buying … In order to make your neighbours envious you must drive this type of car … And before you know it, you’re just buying that stuff.”

Second, because history does not stop because someone puts up a plaque. If we understand that what was radical yesterday could be accepted as common sense tomorrow, that might change how we act today. Knowing that some of our most cherished rights were won by often uncelebrated people facing great odds, unrelenting vilification and, at times, state repression, suggests that at least some of those being denigrated today will be celebrated one day. The means by which we might achieve progressive change may shift according to the context – but the need for it never goes away. And the stories we have been told about how things happened are intimately connected to the stories we tell ourselves.