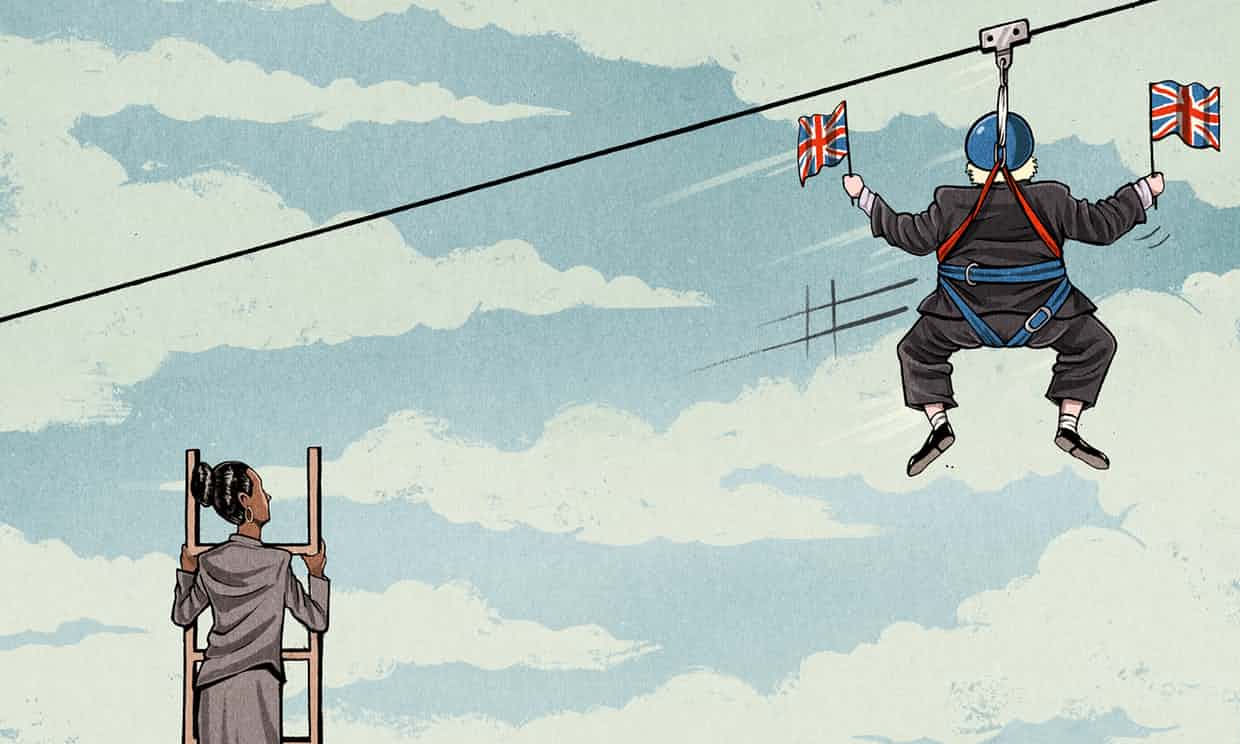 To the outside world, Boris Johnson has become a faithful representation of Britain’s current foreign policy. Chaotic, implausible, blustering and incompetent, he is an honest reflection of the government’s strategic vision of Britain’s place in the world at this moment. At home he is an exemplar of an altogether different dysfunction.

That he was made the nation’s chief diplomat – a fact greeted with a mixture of mirth and disbelief by allies and foes alike – and remains in the job, clearly illustrates how the privileges of gender, race and class consciously accrued, fiercely protected and gratefully inherited, can promote incompetence, elevate arrogance and exclude alternatives. His trajectory illustrates the way that wealth, connections and cultural complicity conspire, in ways both clear and concealed, to ensure that to those who are already born with a great deal even more will be given.

If there are any doubts on that score just imagine, for a moment, that Johnson had been born black and female.

If Johnson were a black woman he would not have gone to Eton. Eton doesn’t allow women. But even if it did, since black women are far more likely to be working class than most, they would be far less likely to go to Eton than most. And if Johnson had not gone to Eton but an inner-city state school, which is where most black women are educated, he would have been far, far less likely to go to the University of Oxford. Nearly one in three Oxford colleges failed to admit a single black British A-level student in 2015. For a black British woman to get a place in 1983, when Johnson started at Oxford, she would have had to have been extraordinary. (There are more former presidents of the Oxford Union, Johnson included, than there are minorities in cabinet.)

Black women are not generally indulged with second chances like that

And even if Johnson had been that extraordinary, when he got to Oxford he would not have been able to join the Bullingdon Club – the dining club notorious for its vandalism, where lifelong connections to sustain his political career were made – because it was male-only. 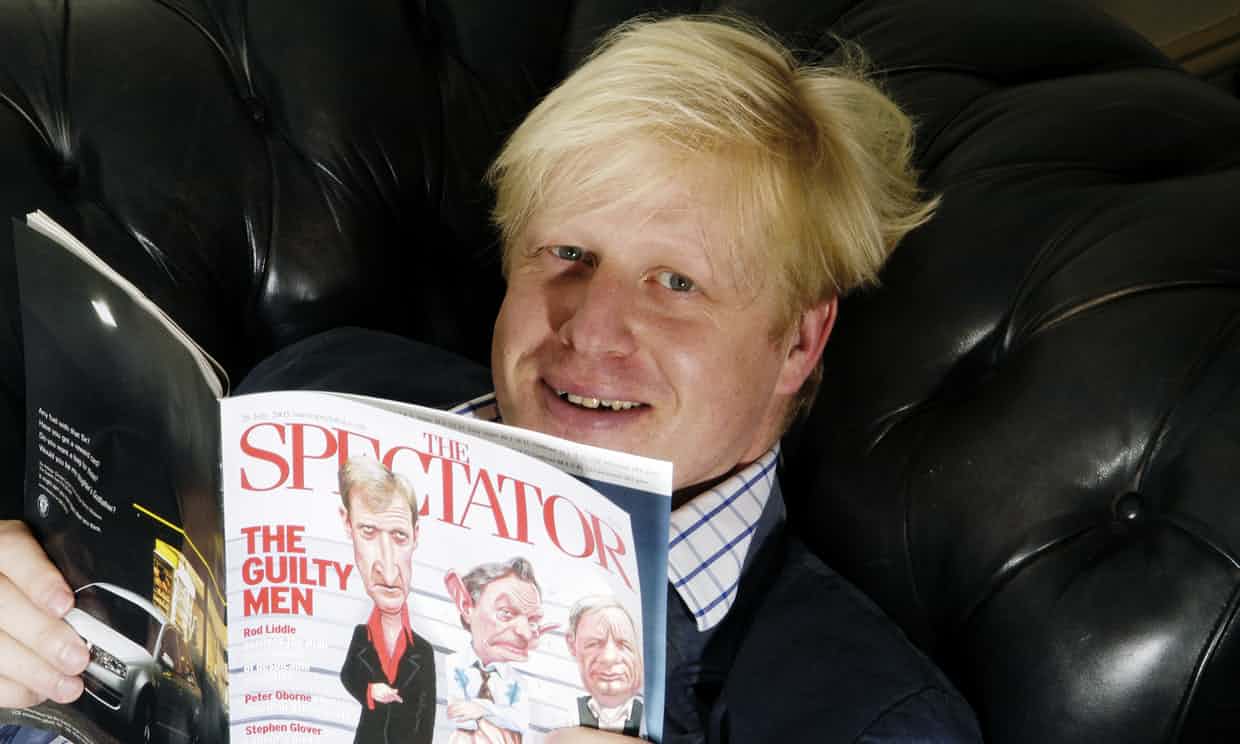 ‘He advised his successor as editor of the Spectator to “pat [the magazine’s publisher] on the bottom and send her on her way.’ Johnson in 2004. Photograph: Cambridge Jones/Getty Images

And after Johnson was fired from that internship for making up quotes, he would not have been given a job with the Telegraph’s leader-writing team. First of all, because black women are not generally indulged with second chances like that. Their successes are understood individually (“she’s one of a kind”) but their failures are misunderstood collectively (“they’re just not up to it”). A transgression of that nature would be followed by much handwringing about affirmative action and “politically correct appointments”.

But secondly because it’s unlikely there’s ever been a black woman on the Telegraph leader-writing team. Similarly he would not have been able to write a column for the Telegraph because there isn’t a black political columnist, male or female, on the Telegraph newspaper and, to my knowledge, there never has been. (The Telegraph did not respond to inquiries.)

And if, as a black woman, Johnson did occupy such a space, he would not be able to use it to write about men the way he has written about women. In 1996, Johnson went to the Labour party conference to survey the “hot totty” on his “Tottymeter”. Some years later, when quitting editorship of the Spectator, he advised his successor to “pat [the magazine’s publisher] on the bottom and send her on her way” if she came up with any circulation-boosting suggestions.

Nor would a black woman have been able to write about white people the way Johnson has written about black people. In a Telegraph column in 2002, he claimed the Queen enjoyed being greeted on Commonwealth tours by “flag-waving piccaninnies” and “watermelon smiles”. Only when he was running for London mayor, six years later, did he apologise. Black women do not get to denigrate men or white people in this way while advancing through the political ranks.

If Johnson were a black woman he would not have become popularly known as the boisterous panellist on the current affairs comedy quiz Have I Got News For You, because over the past 15 years you could count the number of black women who appeared on the show on one hand. (I know of Diane Abbott and Moira Stuart but beyond that the BBC, like the Telegraph on its leader writers, did not have available figures.) 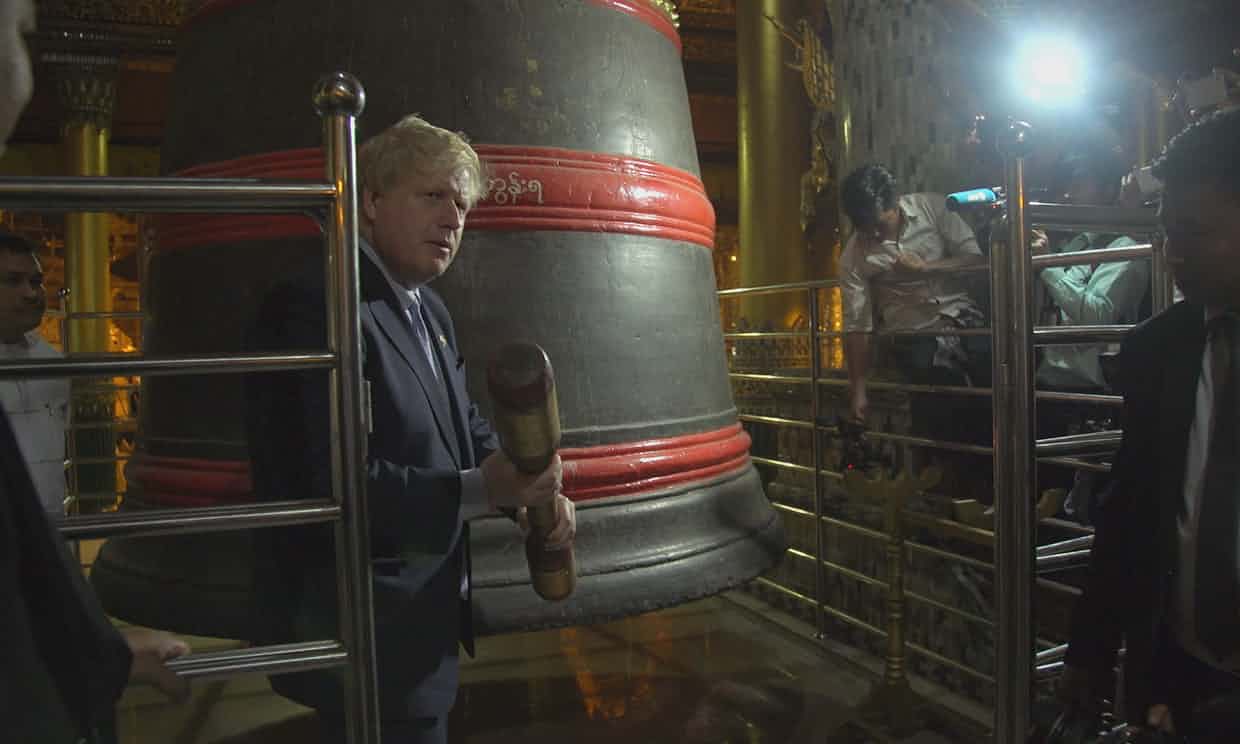 If Johnson were a black woman, the complications in his personal life (three affairs and one love child, and on his second marriage) would not be considered a personal matter, as they should be. (Johnson was dismissed as shadow arts spokesman in 2004 after revelations about one affair; but that was because he allegedly misled the Tory leader Michael Howard about it. Three years later he was back, as the Tory candidate for London mayor.) Female politicians at this level do not get to ride out infidelity. And given the stereotypes about black female sexuality, they would be automatically career-ending.

If Johnson were a black women, the mop-haired, bumbling oafish, roguish shtick he has curated over the years would not be an option. Black women do not get to make light of their gaffe-making, impulsive remarks or off-colour comments. They do not get to have bad days. Anything short of exemplary personal behaviour from a senior black woman would result in public retribution and humiliation. Johnson would not be simply be an object of ridicule but the target for violent and bigoted attacks. He would receive more online abuse than any other white MP, male or female.

We have no control over who we are; as such Johnson does not have to apologise for who he is. But as a public figure he does have to answer for what he does.

He cannot help that he was born rich, white and male. But being a rich, white man has certainly helped him. He has been afforded every privilege that his race, sex and class could provide. He has been given chances to come back from failure, which others would not be granted. All of this would be important, but incidental, if he were any good at his job. But he’s not.

If he were a black woman he would not be insulting the people of Myanmar with a Rudyard Kipling poem, the Italians over prosecco exports or the Irish over the border, because he’d never have got the job.

If Johnson were a black woman, he’d have to be totally beyond reproach or he’d long since be finished. And since he cannot be better, we should finish with him.