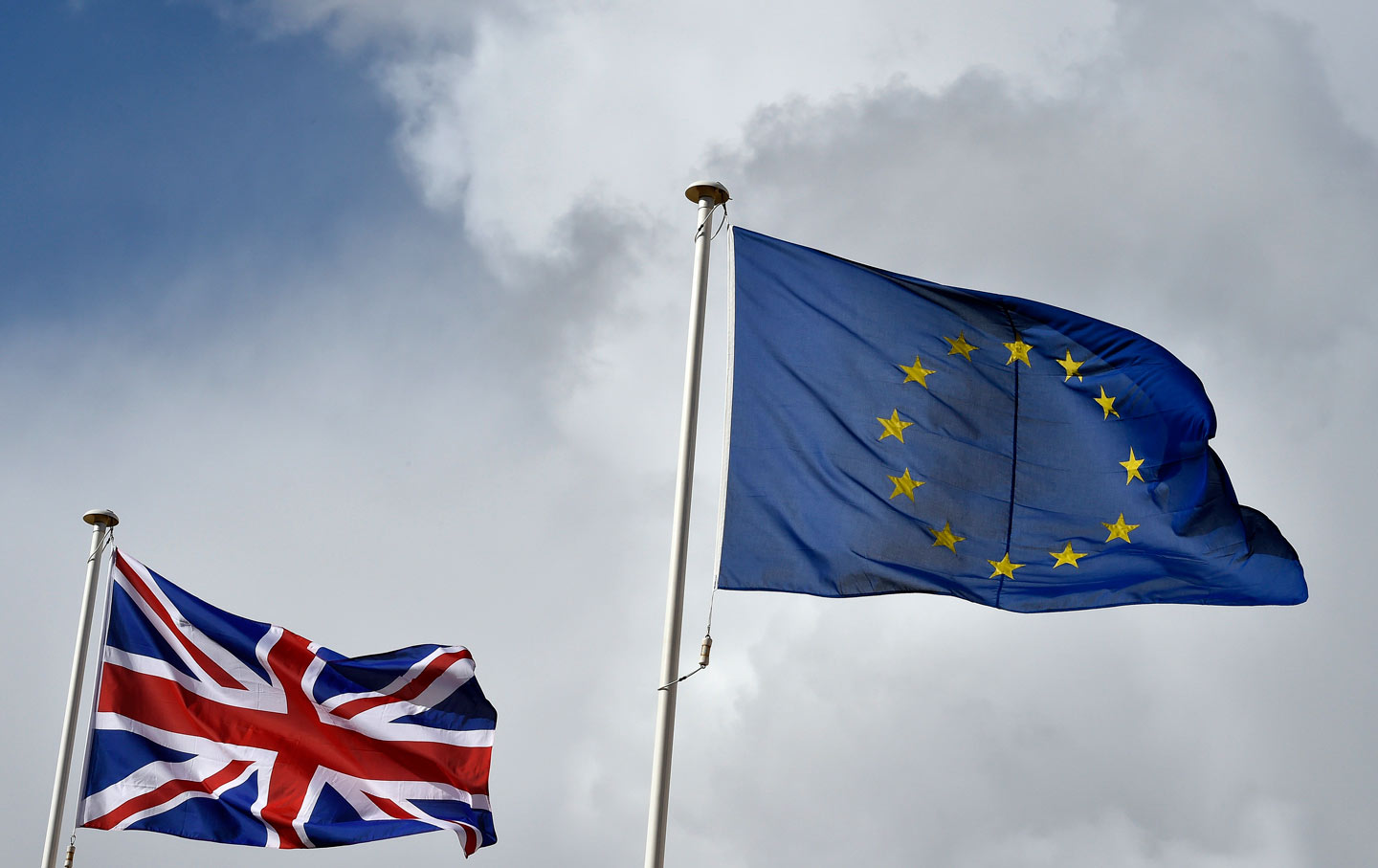 Pretty much everything you need to know about Britain’s relationship to the European Union can be found at a hotel breakfast table. In most places, you’ll be offered a continental breakfast—pastries, coffee, jam, cold cuts—or an English breakfast: eggs, bacon, baked beans, toast, tomatoes. The former is from Europe, the latter from England. No meaningful cultural relationship exists between the two.

So there is Britain and there is Europe. When we debate in Britain whether we should be “in” Europe, it is more than just a political question; it actually lays bare a fundamental geopolitical confusion. We have lost our bearings. It’s almost like we arrived at this place—geographically, politically, culturally—by accident.

When we talk about the ways that the Germans, the French, or the Danes do things differently, we say: “In Europe, they do this.” When we discuss different traditions, cuisines, and general mores in nearby nations, we talk about “how they do things on the continent.” The suggestion is that, somehow, we are a world apart. As though the English Channel—which is 19 nautical miles at its narrowest point—is really a slender moat that protects us from the nefarious influences of the near abroad.

On June 23, Britain will get to vote on whether to stay in the European Union or leave. The so-called “Brexit” referendum marks the culmination of the Conservative Party’s prevarication and equivocation as it attempted to avoid the issue that has divided it most for a generation—the issue that buried Margaret Thatcher and crippled John Major. They’ve been kicking this can for a while—and now we’re at the end of the road.

The polls for and against are narrowly divided, and there’s a great deal at stake both for Britain and the EU. For Britain, there is the essential question of sovereignty: Can a nation our size (smaller than Michigan, with the combined population of Texas and California) run its own affairs in an era of neoliberal globalization? If so, to what extent—and what would that look like?

On the one hand, Norway and Switzerland have remained outside the EU and are thriving—so why not us? On the other hand, Scotland could well secede for real if the English do vote to leave and take the Scottish with them. But if we can’t leave Europe, then how should we pool our sovereignty in a manner that maintains the greatest possible democratic connection? Former Greek finance minister Yanis Varoufakis recalls that when he tried to renegotiate the country’s bailout terms, his German counterpart Wolfgang Schäuble flatly refused. “I’m not discussing the program,” Schäuble said. “This was accepted by the previous [Greek] government, and we can’t possibly allow an election to change anything.”

Unlike Greece, Britain is not part of the eurozone. Nonetheless, the European Union isn’t renowned for its democratic culture. Imagine if NAFTA encompassed most of Central and South America, bringing with it a toothless parliament, a huge bureaucracy, labor protections, environmental regulations, a court of human rights, and a currency that most nations have joined—but almost no democratic control whatsoever.

So there’s a great deal at stake in the Brexit referendum for the European Union, too. The EU isn’t at all popular; in fact, along with migrants and Muslims, it’s the principal target of an ascendant far right across the continent. The departure of Britain—the second-largest economy in the union—would wound it severely and open up the possibility of other existential challenges.

Sadly, precious few of these matters are being heard, because the debate is taking place largely through the psychodrama of the split in the Conservative Party. Notwithstanding reservations, the Labour Party backs staying in the EU, while the Conservatives have divided into two camps: those who favor free-market capitalism (they’re in) and those who hate migrants (they’re out). The core message on both sides is fear—that we will all lose our jobs if we leave, or lose our culture if we stay. Both arguments are nonsense. Either could work.

The free movement of people is the best thing to have happened to Britain since we joined the EU. The influx of Eastern Europeans over the past decade has transformed the country from a postcolonial nation into a global one, and the ease with which young people float around the continent is heartening. Even so, the prospect of Britain leaving the European Union doesn’t terrify me the way it’s supposed to. However, the xenophobia of those leading the campaign for Brexit does.