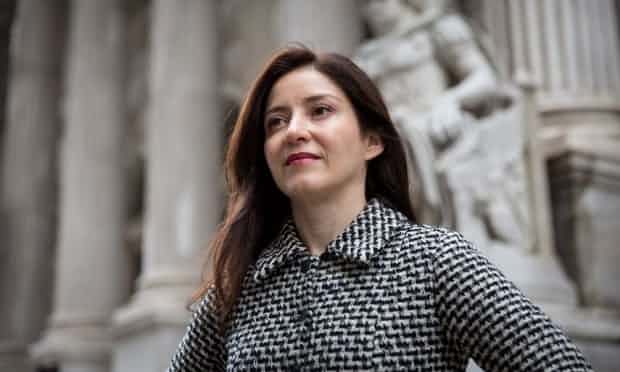 In a 1978 political essay, Power of the Powerless, the Czech dissident (and later president) Vaclav Havel paints a scenario of a greengrocer who has been sent a poster announcing “Workers of the World Unite” by the authorities along with his vegetables. Explaining why the grocer would put the poster up in his shop window, Havel writes: “He does it because these things must be done if one is to get along in life. It is one of the thousands of details that guarantee him a relatively tranquil life ‘in harmony with society’.”

In this context, argues Havel, the poster’s message has become devoid of meaning. Nobody believes in it. They just have to behave as though they do. “They must live within a lie. They need not accept the lie. It is enough for them to have accepted their life with it and in it. For by this very fact, individuals confirm the system, fulfil the system, make the system, are the system.”

But what, muses Havel, if one day the grocer decides to take the poster down. The personal penalty would be huge, but the political ramifications could be considerable also. “By breaking the rules of the game, he has disrupted the game … He has broken through the exalted facade of the system and exposed the real, base foundations of power … He has enabled everyone to peer behind the curtain. He has shown everyone that it is possible to live within the truth. Living within the lie can constitute the system only if it is universal.”

Carmen Segarra, in the spirit of Chelsea Manning and Edward Snowden before her, is like the greengrocer who said no. Segarra, a former employee of the New York Federal Reserve, was fired after she refused to tone down a scathing report on conflicts of interest within Goldman Sachs. She sued the Fed over her sacking but the case was dismissed by a judge without ruling on the merits because, he said, the facts didn’t comply with the statute under which she had filed. Segarra is now appealing.

Before she left she secretly recorded her bosses and colleagues, exposing their “culture of fear” and servility when dealing with the very banks they were supposed to be regulating. The Fed is the government agency charged with overseeing the financial sector – a task it singularly failed to achieve in the run-up to the recent financial crisis. What emerges from Segarra’s tapes – released by the investigative website ProPublica – is a supine watchdog wilfully baring its gums before a known burglar so that he may go about his business unperturbed

It’s as though all the Fed employees were told to put a small sign on their desk saying “Under Capitalism Everyone is Equal Before the Law”, and Segarra took hers down. She has disrupted the game, and now everyone can peer behind the curtain; the Fed is the system, and lives within the lie.

As in most financial scandals the details of her dispute are intricate. The European Banking Authority had demanded that European banks raise their capital holdings to make them less vulnerable to future shocks. In order to comply, the Spanish bank Santander asked if Goldman would look after some of its shares in its Brazilian subsidiary for a few years for a fee of about $40m. One Fed employee referred to it as Goldman “getting paid to hold a briefcase”. Segarra’s boss, Michael Silva, said it was “legal but shady”, and was told by a superior to leave the matter alone. That is worrying. “Legal but shady”, along with downright criminal, was precisely the ethical yardstick that sent the dominoes tumbling last time.

But Segarra dug deeper and discovered that the contract appeared to include a clause that required Goldman to inform the Fed of the terms and confirm that it had no objection. Goldman did not do that.

The consequences of this particular incident may be limited (though helping Santander to curate its accounts would also have had an effect on the eurozone); but the mindset it reveals is illuminating. The recordings vividly illustrate the spinelessness of a government agency charged with holding to account an entity to which it clearly feels subordinate and beholden.

Discussing how the Fed should respond to Goldman’s omission, one examiner suggests telling them: “Don’t mistake our inquisitiveness, and our desire to understand more about the marketplace in general, as a criticism of you as a firm necessarily.” Others advised sending a letter outlining their concerns but without threatening any consequences. Silva talks a good game. He pledges to put “a big shot across their bow” when they meet. But when the meeting takes place he waits 45 minutes before delivering this blistering dressing-down. “Just to button up one point. I know the term sheet called for a notice to your regulator. The original term sheet also called for expression of non-objection – sounds like that dropped out at some point, or …”

When the Fed meets later, Silva is back to talking big. His pusillanimous intervention has been reimagined as major: “I guarantee they’ll think twice about the next one. I fussed at ’em pretty good … They were very, very nervous.”

“One common thread runs through the many different stories of denial,” writes Stanley Cohen in States of Denial. “People, organisations, governments or whole societies are presented with information that is too disturbing, threatening or anomalous to be fully absorbed or openly acknowledged. The information is therefore somehow repressed, disavowed, pushed aside or reinterpreted. Or else the information ‘registers’ well enough, but its implications – cognitive, emotional or moral – are evaded, neutralised or rationalised away.”

The key implications from this exposé are twofold. First, it shows who’s really running the country. The Fed is supposed to be working for the people, not the banks. Goldman is a private institution rescued by public money that has paid billions in settlements after selling dubious products that contributed to a major financial crisis. Segarra is told to show some humility; in reality that is an attribute Goldman would do well to acquire. Instead its chief executive still believes it is doing “God’s work”. So the state genuflects before capital, with those sole task it is to enforce the law deferring to those whose sole task is to make money.

Second, it indicates that America has apparently learned nothing from the financial crisis. As recently as 2012, a Goldman employee wrote on the day he left the company: “I don’t know of any illegal behaviour, but will people push the envelope and pitch lucrative and complicated products to clients even if they are not the simplest investments or the ones most directly aligned with the client’s goals? Absolutely. Every day, in fact.”

When terrorists strike, we are told nothing will ever be the same. The full power of the state is marshalled to prevent a recurrence. If innocent people have to go to jail and basic human rights are violated, so be it. Lives are on the line. But when banks defraud the country into crisis, precious little changes. The bonuses keep coming. Profits keep rising. Regulation remains weak.

If wealthy, guilty people have to remain free to make money, and the living standards of working people have to decline, so be it. It’s just livelihoods on the line.

follow on twitter
RT @StreetDoctors: @garyyounge Every day a young person is stabbed on our streets. #ApplyPressure shows young people what to do if someone…
RT @ppvernon: @MsSDuggal @WordsofColour @AndreaEnisuoh @MsJoyFrancis @courttianewland @DredaMitchell @kadijattug @leedanielsent @brixtonbar…
RT @typemediacenter: “[Stormzy’s] political voice is central to his meaning both as a public figure and a performer,” writes @garyyounge in…
RT @eldiarioes: ADELANTO EDITORIAL | 'Un día más en la muerte de EEUU': rescatar del olvido las historias de 10 adolescentes asesinados htt…
RT @disruptionary: It was 2002. My dad was stop & frisked for having a Muslim name. He was detained w/o a phone call to his family for…
RT @DawnButlerBrent: This is gonna be BIG ✊🏾💪🏾 Join me this Sunday in London with special guests 👤 to hear about my campaign and how we’re…
RT @PalFest: The United Nations has published a much-delayed list of 112 companies with business ties to Israeli settlements in Palestine.…
RT @DawnButlerBrent: Deporting Boris would … ✅ Help save the planet ✅ Reduce corruption ✅ Stop the Hostile Environment All in favour say…
RT @ameliagentleman: ““I admit what I did was wrong. I know I am guilty of dangerous driving but it wasn’t a stolen car; nobody was hurt, I…
RT @jeremycorbyn: If there was a case of a young white boy with blonde hair, who later dabbled in class A drugs and conspired with a friend…
© Gary Younge. All Rights reserved, site built with tlc