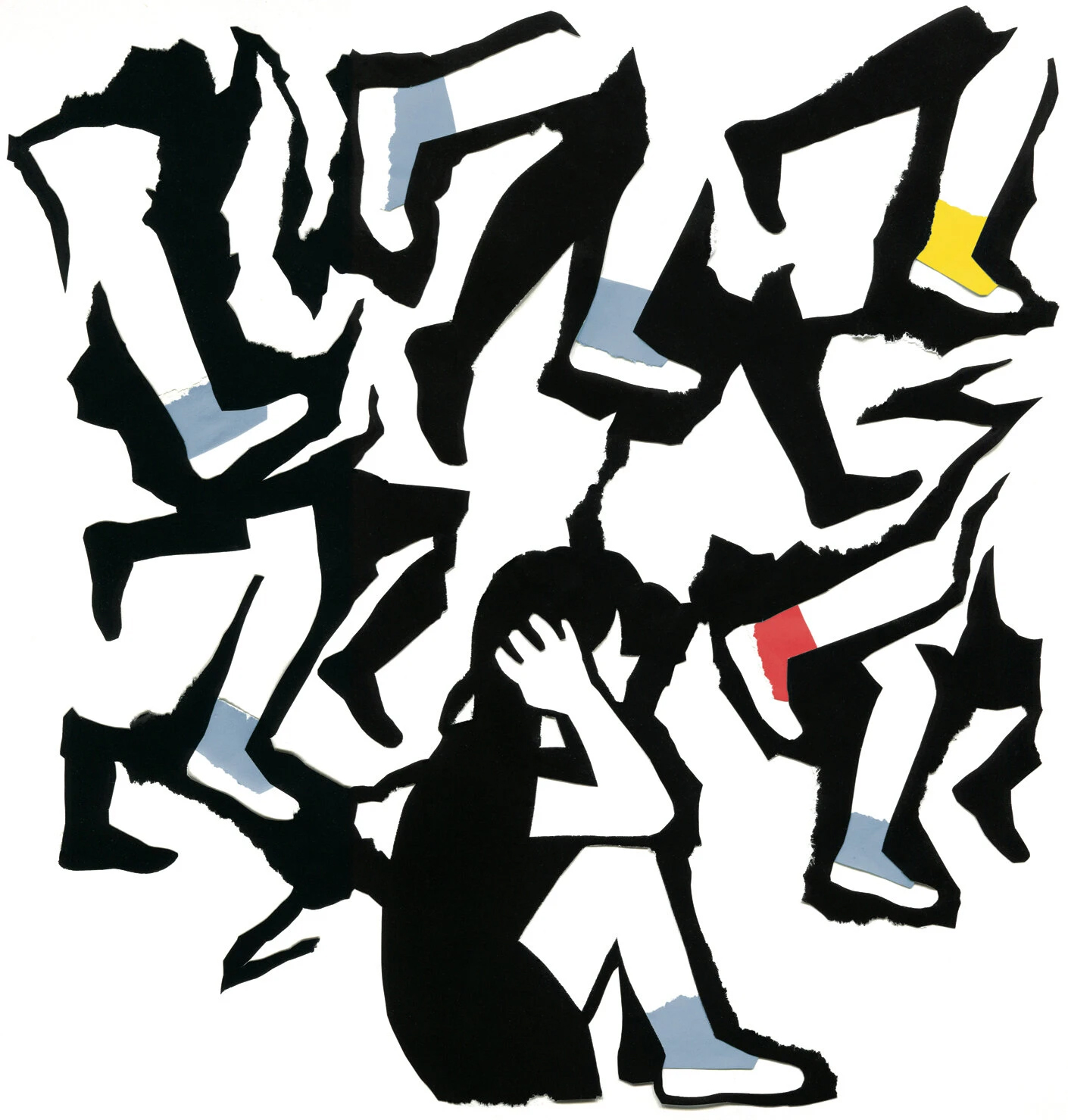 At the National School Safety Conference in an Orlando hotel in 2018, the Washington Post reporter John Woodrow Cox surveyed the wares of “entrepreneurs, corporations and charlatans” peddling various inventions designed to mitigate the deadly effects of school shootings. School security is now a nearly $3 billion market and the vendors offered, among other things, “bleeding control bags,” bullet-resistant white boards, pepper ball guns, counterterrorist marksmen (“for the price of a Netflix subscription”) and bulletproof classroom doors that, it was claimed, could identify a weapon, photograph a shooter and notify the police, at $4,000 dollars a pop.

Just a few months before his 1968 assassination, Robert F. Kennedy reflected on the nation’s values system to an audience in Kansas. “Our gross national product, now, is over $800 billion a year,” he said. It “counts Whitman’s rifle and Speck’s knife, and the television programs which glorify violence in order to sell toys to our children. Yet the gross national product does not allow for the health of our children, the quality of their education or the joy of their play. … It can tell us everything about America except why we are proud that we are Americans.”

Cox’s “Children Under Fire: An American Crisis” lays bare the human cost of things that cannot be counted when it comes to children and gun violence. Statistics on this issue have become so familiar that many Americans have become numb to the society they describe. On average, one child is shot every hour; over the past decade roughly 30,000 children and teenagers have been killed by gunfire — recently eclipsing cancer as their second-leading cause of death. (Unintentional injuries, such as those caused by burns, falls or drowning, are the leading cause.)

These numbers suggest the scale of the physical, mortal toll inflicted, but they cannot account for the psychic price paid by kids who live in the dark, long shadows of the aftermath of such violence: those who lose a friend or relative to gunfire; who witness gun deaths at close quarters at a vulnerable age; whose lives, and life chances, are shaped by a premature brush with mortality. And since such children were not struck by a bullet, they are not counted and, at least in any official sense, do not count.

These children are the focus of Cox’s book, which makes their lived reality vivid and distressing by concentrating on two who are dealing with trauma after gun violence claimed a loved one. One, Ava Olsen, lives in Townville, S.C. (population 3,913), where on Sept. 28, 2016, a 14-year-old boy went on a shooting rampage at her elementary school, injuring a child and a teacher, and killing Ava’s best friend, 6-year-old Jacob Hall. The other, Tyshaun McPhatter, lives in Southeast Washington, D.C., where his 28-year-old father, Andrew, was shot dead near Tyshaun’s elementary school in March 2017 by a man who has also been charged with another murder.

Jacob’s death so traumatized Ava that she could no longer go to school. Triggered by loud noises, she became prone to extreme tantrums and acts of impulsivity, lashing out at her parents and blaming herself for his death: a fretful, unbiddable and at times inconsolable version of her former self.

Tyshaun also struggled with dark moods, explosive temper and anxiety, flipping chairs and tearing down posters at school and kicking a hole in his bedroom wall after losing a game of Fortnite.

Ava decided to write to Tyshaun when she saw her mother cry after reading Cox’s story about him in The Post. Cox follows the children’s relationship as they FaceTime, bombarding each other with heart emojis, sending gifts (including stress toys), and commiserating and comforting each other as they open up about their “bad weeks.”

“The thing that people tend to not appreciate is that when there’s a single intense, overwhelming event, particularly if it involves unexpected traumatic death, that’s not really one event,” Bruce D. Perry, a psychiatrist who worked with families after the shootings at Columbine High School and Sandy Hook Elementary School, tells Cox. “What happens is your brain revisits that thousands of times and so it becomes thousands of little events, all of which are able to activate your stress response.”

The other element for which there can be no accounting in this engaging book is trust. Nonfiction of this kind cannot be crafted from a few phone calls and fleeting visits. It comes through an investment, both human and professional, that grants the writer a glimpse into the lives of people at their most vulnerable; they open up only if they feel confident the writer will do their stories justice. Earning their confidence takes time.

We see Cox’s investment pay off when he witnesses one of Ava’s tantrums, sparked by her mother asking her not to stand on the couch. Over the next 34 minutes he sees her spit water at both parents, say she’s “nobody,” swear, head-butt her mother, tell her father she hates him and scream “You don’t understand,” as her parents struggle to restrain her. “Her eyes appeared dilated, and her voice, now laced with a high-pitched rage, sounded unrecognizable, as though it had been digitally altered and sped up,” Cox writes.

Starting with Ava’s and Tyshaun’s psychological wounds and childish idiosyncrasies, Cox broadens his gaze to trace the impact first on their families (Ava’s brother escapes the drama by spending more time with his grandparents; Tyshaun’s 2-year-old brother, AJ, starts lashing out at preschool), then on their communities (anticipating that their daughter would need a lifetime of therapeutic care, Ava’s parents joined a lawsuit against the school district) and finally on the broader polity (excavating the legislative graveyard, Cox unearths the euthanized policies that could make a difference).

With the exception of a jarring passage in the epilogue where Cox explicitly calls for universal background checks, more education for gun owners and more research (all of which are implied more effectively elsewhere), this is a show rather than tell book. The National Rifle Association and the Second Amendment are not ignored, but neither do they dominate. Opting to be descriptive rather than prescriptive, he draws a painful, critical picture of what a society with virtually unfettered access to lethal weapons looks like through children’s eyes instead of lecturing the reader on politics and policy.

That lecture has become not so much overdue as overwrought and consistently undermined by the vested interests of the gun lobby. The debate around guns, if one can dignify it as such, has been conducted in such bad faith, and produced so little in the way of substantial legislative progress, that a mood of learned hopelessness has dampened urgent calls for change. As Cox asks, “How many children have to die or witness a killing or watch a family member be lowered into the earth before we say, enough?”

It’s an essential question. There is nothing inevitable about this; but there is nothing to suggest it will change anytime soon either. In the meantime, this book demonstrates that the most effective riposte to those who fetishize bearing arms is to bear witness.

Gary Younge is a professor of sociology at the University of Manchester and author of “Another Day in the Death of America.”