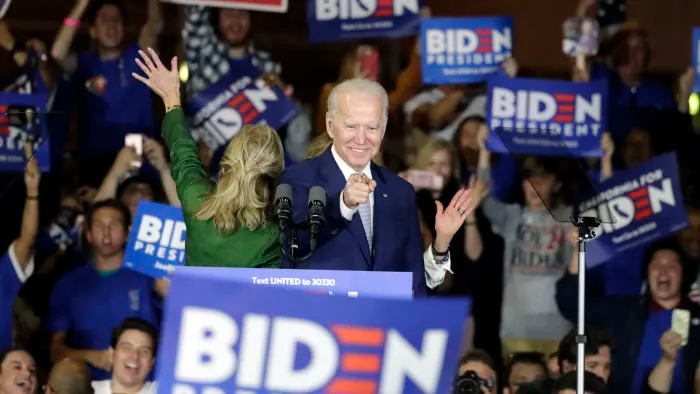 Back in 2004, at a brunch at the Georgetown home of a senior Democrat operative, surrounded by the architects of John Kerry’s campaign, in a moment of indiscretion, I raised the N-word — Ralph Nader.

Mr Nader was the Green party candidate who had stood in the 2000 presidential election when Al Gore narrowly lost to George W Bush. The vote was so close it was decided by the courts. For this, the Iraq war and the erosion of civil liberties, those in the room blamed Mr Nader, who netted more votes than Mr Bush’s margin of victory in Florida and New Hampshire. What was their plan to deal with Mr Nader in 2004? I asked.

Venom and rancour filled the room: “If he hadn’t stood Gore would have won”; “He stole Gore’s votes”; “The idiots who voted for him are responsible for everything that happened.” A guest from outside their bubble said she had voted for him and asked if that made her an idiot. They rounded on her, virtually accusing her of taking food from the mouths of poor black children. (She was the only black woman in the room.)

Sixteen years later, the Democrats look as if they may be about to make the same mistake again. In the week before nationwide protests over police brutality began to rage, Joe Biden faced rigorous but fair questions in an interview on black radio. He was asked about marijuana legalisation, the likelihood that he would choose a black running mate and his stewardship of the 1994 crime bill, which was partly responsible for the astronomic increases in black incarceration. At the end, the presidential nominee told the interviewer: “If you have a problem figuring out whether you’re for me or Trump, then you ain’t black.”

When a political party or movement blames people for not supporting it, it has generally lost not just a campaign but a raison d'être. It suggests an entitlement to something that must be earned. It relieves the political actor from thinking about what they might do differently, preferring to hold the audience responsible for failing to appreciate the morality play it has been presented with. That does not spare the voter the moral and strategic accountability for how, and whether, they vote. But it does absolve them of blame for how others vote and so of the outcome of an election: It’s not reasonable to blame people for what they didn’t vote for.

As electoral politics become more polarised, the space for unedifying recrimination grows. In the UK, for example, there is a row over the prime minister’s adviser Dominic Cummings breaking lockdown. On social media, some supporters of former Labour leader Jeremy Corbyn did not just blame the Conservative party and its supporters for the scandal. They lambasted anyone who had either not voted Labour or who was simply deemed insufficiently loyal, as responsible. “You had a chance to vote for an alternative in December,” came the retort. “And you didn’t take it.”

There is truth in this. But it is partial. It suggests an obligation on behalf of the voter, rather than a challenge to the party or movement. This is not just bad karma — it’s bad politics. You’re not likely to win if you don’t learn the lessons of your defeat; and you can’t learn those lessons if you blame your losses on someone else. “Would it not be simpler”, as playwright Bertolt Brecht wrote after the crushing of the 1953 uprising in East Germany, “to dissolve the people and elect another?”

You’d think the Democrats would have worked that out after 2016, when their core vote’s failure to turn out cost them the election. African Americans’ melanin count shapes their life chances, life expectancy, health, education and professional opportunities. The one thing it doesn’t determine is their voting preference. To suggest otherwise is deeply insulting. They have other options, including staying at home.

Mr Biden’s remarks were only a gaffe in so far as he probably didn’t mean to say them out loud. The Democrats desperately need the black vote — they have only won one election since the second world war with the white vote alone. But they often take the black vote for granted.

Mr Biden owes his nomination to older black voters (younger ones voted for Bernie Sanders in the primaries). The party is less united behind him than it was for Hillary Clinton. More than 20 per cent of Sanders’ voters say they do not plan to vote for Mr Biden in November, compared with roughly 15 per cent for Mrs Clinton at this stage in 2016.

Now, as fires burn in cities across the US in protest at entrenched police brutality, the stakes have been raised. “Part of the reason these are systemic inequalities is that they transcend not only party, but time,” Stacey Abrams, a Georgia Democrat who is among those being vetted as a running mate for Mr Biden, told the New York Times. “We have to be very intentional about saying this is not about one moment or one murder — but the entire infrastructure of justice.”

That’s the kind of radical intervention that does not sit easily with Mr Biden’s political record. He won the nomination by not being Bernie Sanders; voters may want more from him than simply not being Donald Trump if he is going to win the presidency.

follow on twitter
RT @GilesTerera: And just like that. Final week back in @HamiltonWestEnd coming up. 😭 Planet sized thank you to everyone who came back (or…
Thanks so much everyone. This is where Twitter really comes into its own
@carysafoko @HannahPool Was your mouth out with piri-piri : and I’m not talking mango and lime
@carysafoko I concur, though not in that order. Nandos first. Always
@zpmonteiro @kanalkaveira I was asking about the former, but I’m also interested in the latter
RT @khalafroula: Breaking news: we’re recruiting an economics leader writer. Here’s how to apply: https://t.co/2NMcaYmM1c
Twitter help me out: are there any good English language books about the Portuguese revolution? https://t.co/FHCaFvvDsu
RT @ThePortico: Today’s the day we've been waiting for! Our team of 21 longlist & 4 shortlist judges, chaired by @garyyounge, have collec…
RT @CambridgeUCU: Our statement in solidarity with @PriyamvadaGopal following recent media attacks on her. https://t.co/leUUmvKafF
RT @MaryLTrump: Holy shit: Mitch McConnell: "African-American voters are voting in just as high a percentage as American voters." Toni M…
© Gary Younge. All Rights reserved, site built with tlc
Buy levaquin online canada Where can i buy stendra online Buy discount vardenafil Generic vibramycin cost Cheap generic lotensin Can i buy singulair online Where can i buy stendra over the counter usa How much does cephalexin cost per pill Where can you get vfend Low price glucotrol