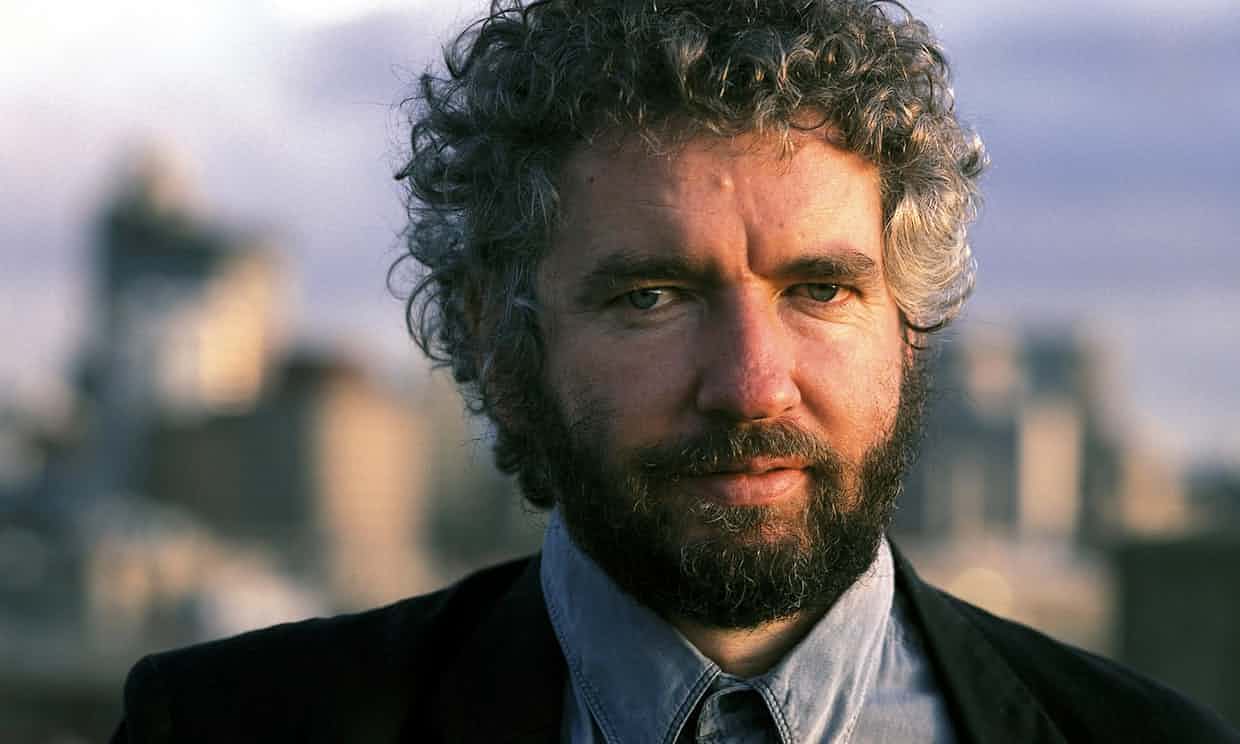 Gary Younge on David Beresford: 'the most generous and gentle mentor'
The Guardian,
Photograph: Ellen Elmendorp

Not long after South Africa’s first democratic elections in 1994, I sat with the late David Beresford in The Portugalia, one of his favourite bars in Johannesburg at the time – a very basic place that served good beer and delicious seafood.

I was 25, on contract, and had just finished my first major assignment; David was 47 (the same age I am now) and had just led our small team in reporting one of the greatest stories of the last century. I asked him where else in the world he’d like to cover.

He ran through a wishlist before reflecting on the fact that his choices were limited by his illness.

“What illness?” I asked.

He looked at me with incredulity.

I looked back equally cluelessly.

“Don’t tell me you haven’t noticed,” he said. He had Parkinson’s disease and was understandably acutely conscious of how it inhibited what he did and the impression it might make on others.

I was aware of a slur in his voice and that sometimes his hands shook. And he was the kind of guy who might lose his keys between the front gate and the front door. I’d put that all together and made my own conclusions.

“I thought you were an alcholic,” I said, though truth be told I’d never seen him drink that much.

From beneath his beard I saw David’s wry smile turn into a chuckle. He’d rather be thought of as a drunk, it turned out, than be defined by this awful disease. “I think that’s one of the nicest things anyone’s said to me for years,” he replied.

There have been several people who have guided, mentored or supported me through my journalistic career. David, who died last week, was without doubt one of the most generous and the most gentle. 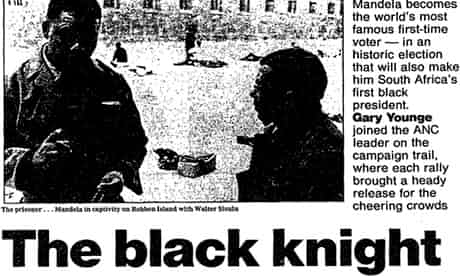 Gary Younge’s article on Nelson Mandela from the Guardian, April 27 1994. Click here for the full story. Photograph: The Guardian

During my first few weeks in South Africa the stories I was put on didn’t pan out. He could see I was working hard and was worried that editors in London might think I wasn’t doing anything. So he would get me to make calls or go to the library for random facts, which may or may not have gone into his pieces, and then stick my name on them as a joint byline.

When he discovered that I couldn’t drive – which makes it hard to operate in South Africa - he organised for people he knew to give me lifts to events out of town, which is how I eventually ended up spending much of the campaign travelling with Nelson Mandela’s bodyguards.

He offered small words of advice that have remained with me years later. “Never read what you’ve written once it’s been published in the paper,” he once told me. “Because the one phrase you loved will be the one they take out. And half the time they’re right. You know what you wrote. Just leave it at that.”

He was not only professionally giving, but personally so. He invited me to leave the hotel I was in and stay at his house where we played chess on the back porch; his partner, Ellen Ellmendorp, baked me a cake for my 25th birthday.

More often than not the professional and the personal blended. A couple of days before polling day I showed him the big piece I’d been sent out to do, about following Mandela – “the world’s most famous first-time voter” – on the campaign trail.

I’d been reporting it on and off for a couple months and had become lost in it. His approval meant a lot to me and so I was nervous when I gave it to him. He went through it slowly, giving precious little away.

He handed it back with “&” signs where he thought I should expand it and “£” signs where I should shorten it. “It’s all there,” he said. “There’s some wonderful bits. But you’ve been working on it so long you can’t see them. You need to take a break from it.” I had to file it the next day.

“Let’s go and get something to eat,” he said. “And talk about something else and then you work on it overnight and it’ll be great.”

Looking back on it, he knew I was out of my depth. But he trusted that if he showed me where the shore was I’d make it eventually, even if I did take in water. That piece – “The Black Knight” – effectively got me my job.

Back at The Portugalia he explained that the reason he liked playing chess with me – we were evenly matched – was because it proved that Parkinson’s had not eaten away at his critical faculties.

The disease did overwhelm him; but he fought hard to make sure it never defined him. Losing him is devastating.; remembering him is a delight.