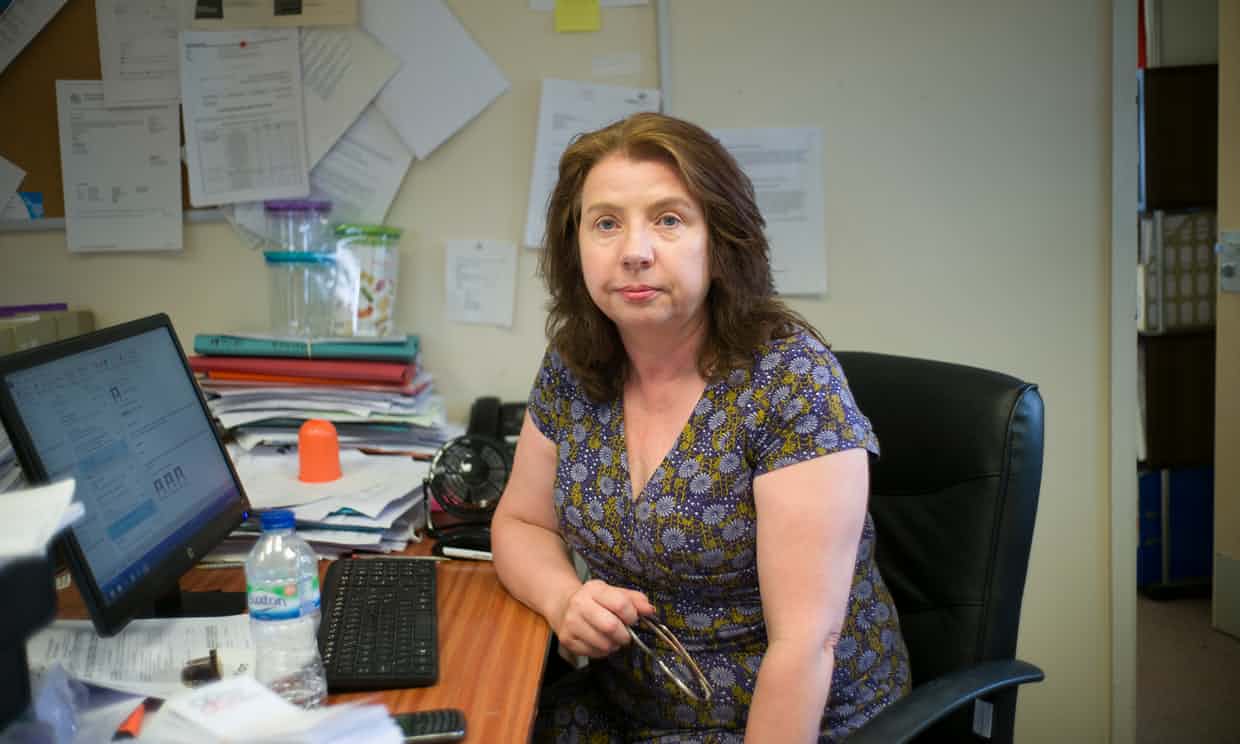 Fartun Osman is in a tight spot. She, her husband and their four children, aged seven, five, three and one, live in a private one-bedroom flat in Harrow. Her eldest daughter suffers from asthma and eczema. “She has a lot of allergies,” says Osman. “Sometimes she can’t sleep. Sometimes she can’t do anything.”

They want to move. But her husband works on zero-hours contracts when he can and he hasn’t been employed since Christmas. Lettings agencies won’t register them; the council has downgraded them to a lower priority. So while her daughter wheezes, they wait and worry.

“My religion teaches me to believe that one day things will be better,” says Osman, 34, a Muslim refugee from Somalia who is now a British citizen. She has a degree in accounting; her husband has a master’s in business studies. They never imagined a life like this. “I don’t want my children to live their life like I lived my childhood, because it wasn’t safe in Somalia. But if it was safe I would go home. But so long as we are here and so long as I am healthy, I have to say Alhamdulillah [all praise be to Allah] and never give up.”

Pamela Fitzpatrick, who runs the law centre where Osman has come for help, says such cases are all too common. “I have friends who went to see I, Daniel Blake and cried,” says Fitzpatrick, referring to the Ken Loach film about a widower in his late 50s who is failed by the benefits system. “I thought it was a very powerful film. But when you work in this sector you don’t cry because you see it every day.”

Spend a day in the Harrow Law Centre speaking to clients, or a morning at the local Citizens Advice getting a sense of the kinds of cases coming through the door, and you can see how the confluence of austerity, scarce housing and low pay has created a general sense of anxiety and large pockets of desperation. The Tories, and Theresa May in particular, are associated here with a lack of fairness that may stand them in good stead when contemplating Brexit negotiations but not when dealing with vulnerable people.

“We need to show people we care about them,” says Debbie, who is leaning towards voting Labour. When people speak of Harrow feeling “unloved”, you sense they mean Harovians too. 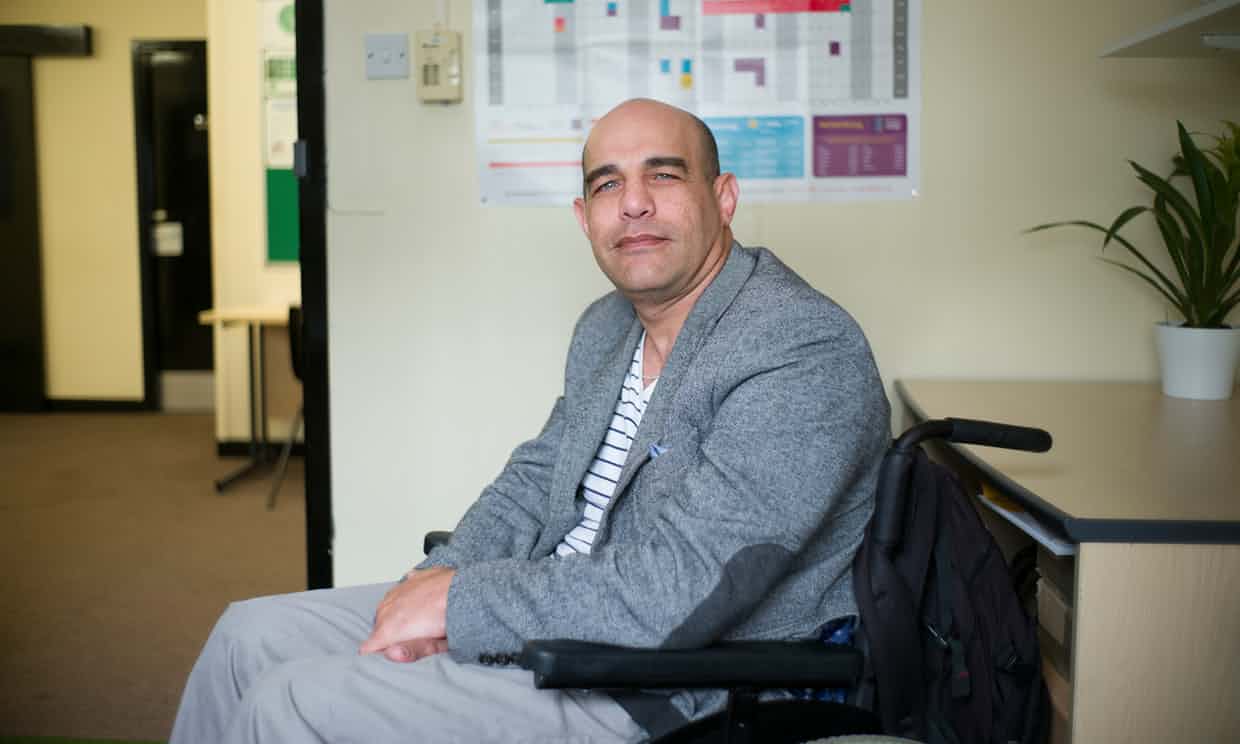 Along with west Somerset, Harrow ranks as the worst place in Britain when it comes to low pay, according to the Office for National Statistics, with 37% of employees in the borough working in low-paid jobs and 42% of jobs here paying less than the London living wage.

Harrow’s food bank gave out three-day emergency food supplies to children in the borough at a rate of roughly twice a day last year. After benefit cuts, a growing number of people don’t have enough money to get by.

In Citizens Advice’s crowded waiting room, a dozen or so people clutch pieces of paper as volunteers sort out those whose needs are urgent from those who need an appointment. Some arrive with questions about specific problems; others show up with a carrier bag full of letters they have avoided dealing with. Narrow corridors lead to small rooms for interviews and larger ones where armies of volunteers and professionals answer phones, deal with online enquiries and pursue casework.

“People often come with enquiries about one or two things, and during the consultation it becomes clear that the problem they thought they had is compounded by problems they didn’t realise they had,” says the chief officer. 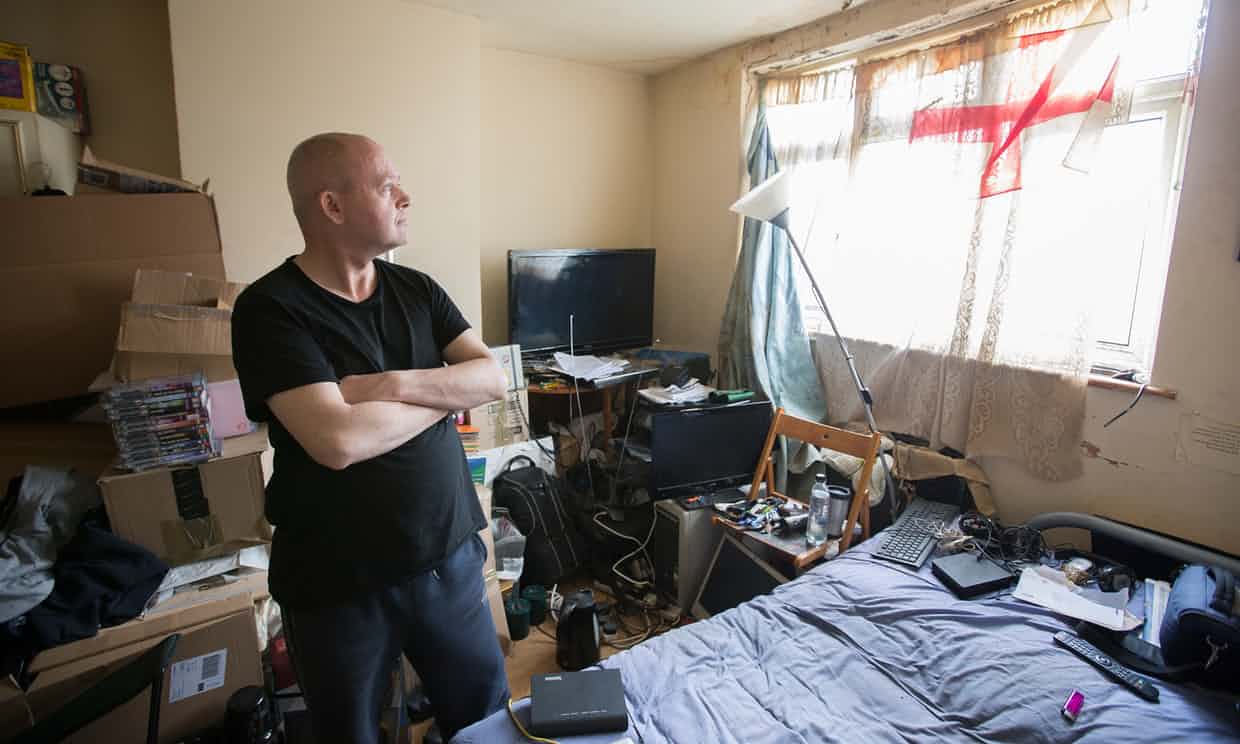 Earlier a man had come in with an enquiry about his motorised wheelchair and left understanding he also had problems with debt, damp and benefits. “Whenever there’s a change in benefit entitlements there’s a spike in people seeking advice,” says Kearney. “So we have seen that with the changes in disability benefit.”

At the law centre, people caught in the crossfire of these and other changes tell of their ordeals. Mohammed Ameripour, who suffers from a severe cerebellar disorder that affects his speech and vision, was declared fit for work even though he has a full-time carer. He was declared to have no problem with mobility even though he is confined to a wheelchair. The benefits he has been reliant on for 19 years were cut. “All the doors were shut to me,” he says. “Every door. I couldn’t get them to help me.” Thanks to the law centre, he won his case on appeal.

Then there is the single mother who suffers from depression and anxiety and who is living on £80 a week after her jobseeker’s allowance and housing benefit were cut because she missed two health assessment appointments. A babysitter let her down for the first; her five-year-old son was seriously ill in hospital at the time of the second. “I’m just not paying bills,” she says. “It’s about priorities. I have to feed my son. I don’t think the landlord is going to turn me out for one month’s late rent.” She expects her appeal will be successful.

Most voters, including those in our focus group, raise housing as the main issue in Harrow, and relate it to the issue of pay. But the nature of the housing issue depends very much on whom you talk to. At one end of the spectrum are the extremely vulnerable: people living in cars and gardens – or Steven Friel, 48, who suffers from schizoaffective disorder. He lives in a private flat that has no heating or electricity and a leaking ceiling and he cannot get the landlord to fix anything.

On the other end are the people who worry about where their children will be able to live. At the law centre, Fitzpatrick, a Labour councillor whom we have met in previous despatches, says she has seen an increase in the number of professionals coming in seeking help. “We’ve seen teachers and nurses struggle with housing problems in a way that we would never have done in the past,” she says. “They just can’t survive in London on those salaries. It all comes down to a lack of security and stability.”

This has had an effect on how people vote. Those with more options feel those options narrowing and fear they may have vanished by the time their children come of age. Among the most vulnerable, nobody is saying “they’re all the same” as they once might have. The single mother is gung-ho, for not just Labour but Jeremy Corbyn; Frier says he likes nature and will vote Green; Ameripour says that although he thinks May is strong in a way Corbyn is not, he is voting Labour.

follow on twitter
RT @MCRSociology: Gary Younge discusses identity politics and America with Will Hutton in this episode of @thewesocietypod https://t.co/72…
RT @mart_welton: Congratulations to all those getting their A-level results today. If you have BBB at A-level or above you can still apply…
RT @BernardineEvari: Please follow the groundbreaking online #MuseumofColour UK, founded by the unstoppable Samenua Sesher. The 1st gallery…
RT @EthnicityUK: Gary Younge is interviewed by @sonikkalogan about his work on racism and gun violence in @the_hindu #DataPoint podcast. h…
RT @thefreedomi: 🚨 NEW: Saudi women’s rights activist & academic Salma al-Shehab was sentenced to 34 years in prison + 34 year travel ban f…
RT @LRB: #DawnFosterForever! On Thursday 15 September at the @LRBbookshop, @BizK1, @piercepenniless, Lynsey Hanley and @garyyounge will d…
RT @ShowunmiV: This is how we support Black women and girls https://t.co/8YmgV21zHo
RT @sonikkalogan: It's #DataPoint Pod Thursday! In this week's episode, I talk to @noraneus, @garyyounge and @Casey_J_Wooten about the U.S.…
RT @bgnoiseuk: Next month, @LRBbookshop will host an event to celebrate the life and work of Dawn Foster with @BizK1, @piercepenniless, Lyn…
Help me Twitter. The quote: ""You can cut all the flowers but you cannot keep Spring from coming." is most commonly… https://t.co/Xs7JkiOEd5
© Gary Younge. All Rights reserved, site built with tlc
Where can i buy lisinopril Buy generic onglyza Cheap prednisone Generic tasigna online for sale Where can you get adalat What i should buy with celebrex How to get tegretol Paxil cr best price How much does vaniqa cost per pill Buy myambutol online without prescription