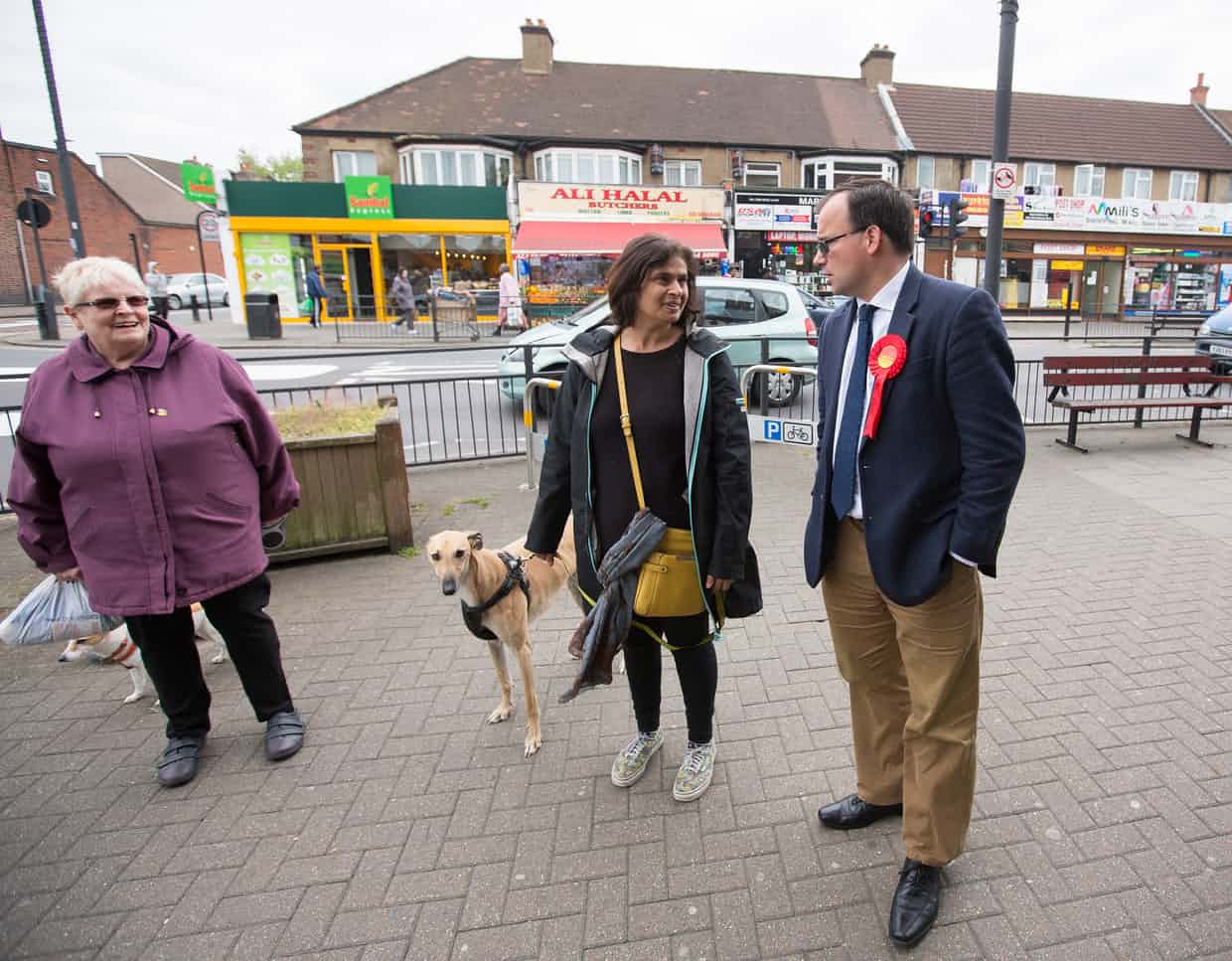 Harrow West: can Labour hold its 'lucky' seat of 20 years?
The Guardian,
Photograph: Graeme Robertson for the Guardian

On election night in 1997, Gareth Thomas, Labour’s 29-year-old candidate for Harrow West, went to the count with two prepared speeches: one if he came second, the other if he came third. Labour had never won this seat; the Conservatives had a 17,800 majority. But in one of the less noted but more remarkable moments that night, the landslide swept him into parliament with a slender majority of 1,240 votes. It was a 17.5% swing – the third biggest of the night.

Miraculously, 20 years and four elections later, Thomas is still there. He has been sitting on a thin cushion ever since, with a majority that rose as high as 6,156 in 2001 and is currently down to 2,208. His seat is 19thon the Tory target list.

“I’ve never found a single explanation that completely convinces me how we have managed to keep this seat,” he says. (Neighbouring Harrow East went Labour that same night, but went back to the Tories in 2010.)

“With the exception of 2001 it’s always been closely fought. In 2010 boundary changes helped. I try to focus on the basics of being a good constituency MP. But I grew up here and live in the area. People stop me in Morrisons on a Saturday when I’m shopping in my shorts. I think that has a lot to do with it. But I think we have been lucky. And my luck may be about to run out.”

Given the slim majority and the array of grievances and permutations in a constituency like this, whoever wins will owe their victory as much to luck as judgment – though given the general alienation one senses, getting the vote out is also likely to play a major role in this election.

Harrow voted 55% remain. Ukip, which came a distant third in 2015, does not appear to be standing. On the street, Brexit seems to be motivating Tory voters. “People made it look like it was a racial thing,” says Sharon (who refused to give her surname and voted to leave). “But it was just about controlling our borders. There were a lot of a certain nationality coming over and putting a strain on the NHS. It’s like they came to the country to see what they could take out of it.”

Meanwhile, those in the constituency who voted remain and are motivated by Brexit are not necessarily backing Labour. Thomas voted to trigger article 50, allowing the Liberal Democrats to claim they are the “only real alternative on Brexit”. Meanwhile, the Greens are standing, saying they would prefer an electoral pact with Labour but their national overtures have been rebuffed. Between them, the Greens and Liberal Democrats last time got 2,800 votes.

London is not playing out like the rest of the country. For most of the postwar period, the vote share of the three major parties was more or less the same in the capital as in the country as a whole, explains Tony Travers, a politics professor at the London School of Economics. The night Thomas was elected that began to change. 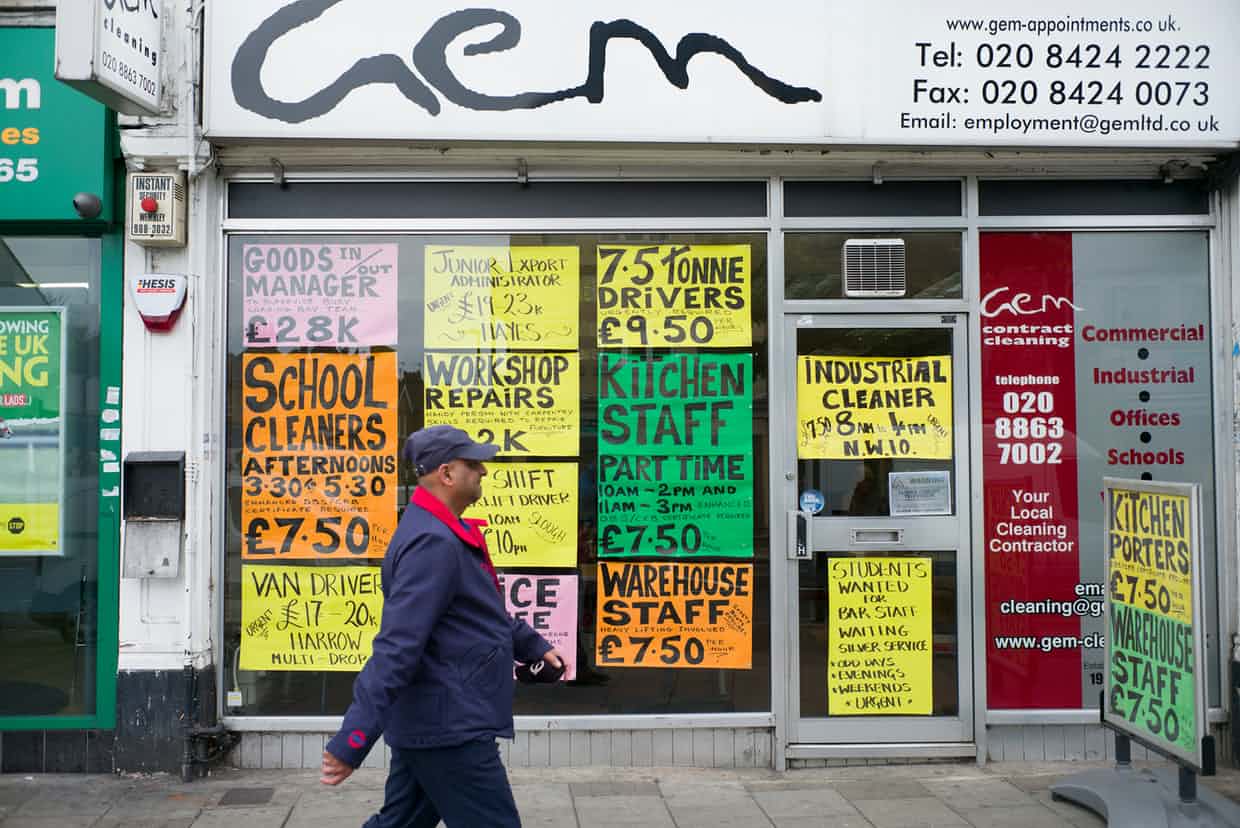 Advertising for employment on the high street. Photograph: Graeme Robertson for the Guardian

“When it comes to London, Tony Blair’s election in 1997 was a leading indicator of what the future remain vote would look like,” he says. “It managed to draw in relatively well-off people who were beneficiaries of global change, who were socially progressive but didn’t want to pay too much tax. Since then Labour has outperformed the Tories in London through Gordon Brown, Ed Milliband and seems to be surviving Jeremy Corbyn.”

Even as Labour faced near extinction in Scotland in 2015, the party gained several seats in the capital, and Labour continues to fare far better here than elsewhere in England. A YouGov poll of Londoners for the Evening Standard earlier this week put Labour on 41% (down two on 2015) and the Tories on 36 (up two). That would make Thomas vulnerable but the seat still in play.

In a local council byelection in Harrow’s Roxbourne ward this March, Labour retained the seat, with a significant swing.

Clearly, the Conservatives see Harrow West as winnable. Theresa May was in the borough earlier this week; the week before there were visits from Boris Johnson and David Cameron. The Conservatives got back to me too late to be included in this article (they also did not attend candidates’ hustings on Thursday night) but have since been in touch, so we will hear from them later in this series.

Sitting on the north-west outskirts of London, Harrow is one of those areas where the suburbs and the city meet but don’t exactly match. Within 40 minutes you can be in St Albans in Hertfordshire or at Heathrow. In 15 you can be in central London. Wherever you are in the constituency, you’re rarely more than five minutes from a large park or a big roundabout. Quiet streets with bay windows, big driveways and mock tudor awnings suggest the promise and comfort of suburbia. On top of the hill sits Harrow school, where teenagers carrying straw hats and big folders stride around as though they own the place – which they pretty much do. Historically people have come here for better schools, a quieter life, more space and a longer commute.

This is the fifth most culturally diverse borough in the country with one of the lowest crime rates in London. But the very things many left the city to escape – traffic, underfunding, grime and bustle – seem to be following them. A spate of knife attacks has some local people feeling less secure. With owner-occupation rates down from 80% to about 60-65%, a borough that once saw itself as aspirant is now starting to feel transient. Houses meant for single families are occasionally crammed with a lot of low-paid tenants. Bins meant for two adults and two children overflow; mattresses and furniture get dumped; young men with nowhere else to go congregate in the park and drink.

“It definitely feels poorer and dirtier than it used to,” says Rosie Woods, 42, a Labour activist I meet in south Harrow, where the London mayor, Sadiq Khan, is rallying the faithful. “It’s like you can see all the worst bits of a society that’s not working. It’s like it’s all coming out.” When asked about the main local issues, most people mention housing, schools and fly-tipping.

Chatting to people outside Morrisons it is difficult to find anyone voting for Jeremy Corbyn. But no one is backing the Conservatives either. When asked who they are supporting on 8 June, people answer “Labour” or “Theresa May”. Meanwhile, on the doorsteps the respective parties are trying to focus attention in the other direction. Labour are keen to talk about how Conservative policies will affect the local community – they say cuts to schools and policing are gaining traction on the doorstep. Conservatives want to talk about Corbyn and his leadership. “Their only patter was: ‘Imagine if Corbyn is prime minister negotiating for the UK,” one reader told us. “No local stuff.” 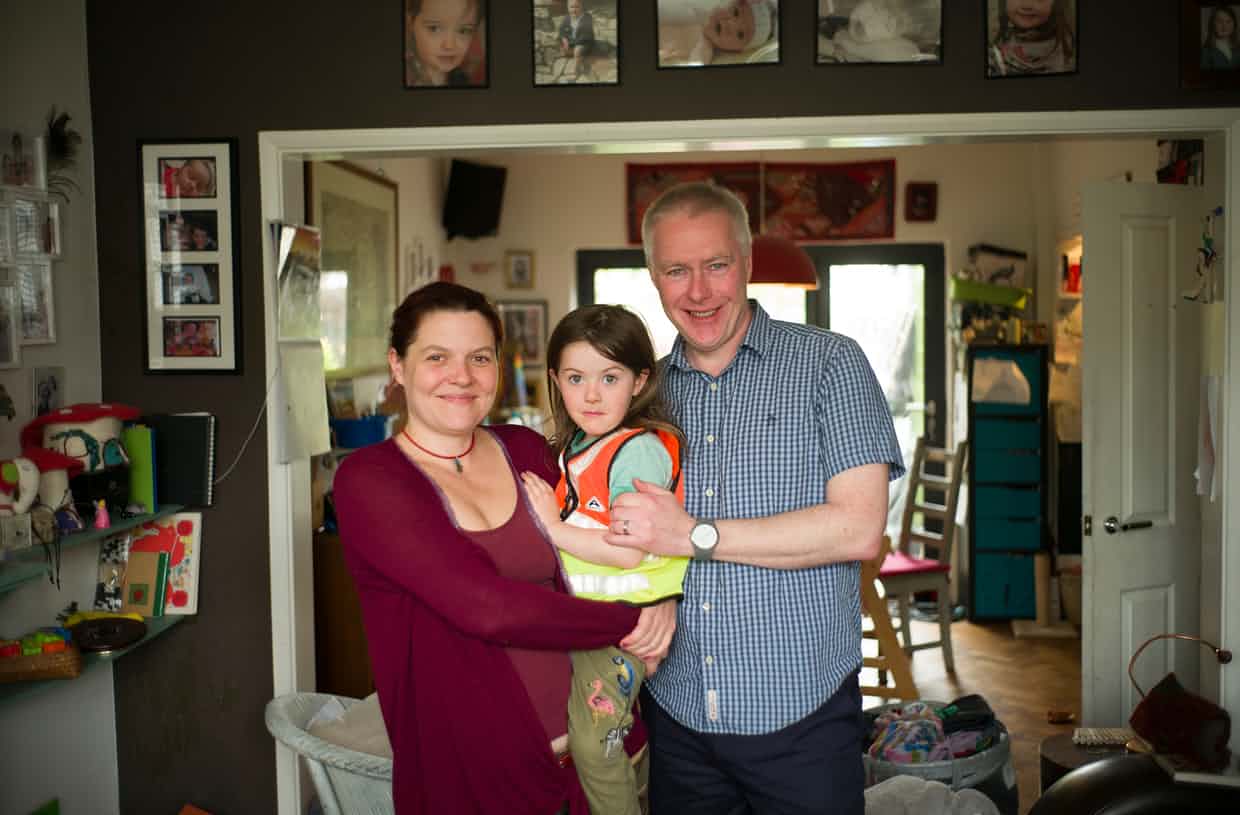 Rosie Woods with her husband, Martin Donohue, and daughter. Photograph: Graeme Robertson for the Guardian

Both parties feel they have plenty of ammunition. The local Labour council, a victim of a thousand cuts, has made itself quite unpopular by essentially performing triage. Between 2010 and 2014 it had to cut about £70m from its spending, explains the council leader, Sachin Shah. Between 2014 and 2018 it is expected to take out a further £100m – or 40% to 50% of its budget. “We’ve done the easy stuff,” says Shah. “What comes next are going to be really hard choices that affect quite vulnerable people.”

No saving is too small. Shah has in effect banned colour photocopying in the council.

Whether they come from local or national government, cuts are having a real impact. One primary school is about to end a longstanding practice in which year 3 students were taught, as a class, to play either the violin or the cello. Individual music lessons, once subsidised, will now have to be paid in full and up front. “These are very painful choices,” said one headteacher who did not wish to be named.

A three-day emergency food supply from Harrow food bank was given to a child in the borough roughly twice a day last year. There is a 10-year life expectancy gap between the poorest and richest parts of the borough, explains Shah. At the law centre, where they give housing advice, they say they have never seen things this bad. The centre regularly turns away people because it doesn’t have the capacity to deal with the volume of demands. Whether people blame the council or central government for this is unclear. And while a significant number of vulnerable people are suffering badly, there’s a greater number of voters who are upset because their bins have not been emptied or the street lights have not been fixed.

Clearly some of the blows on Corbyn are landing here. Few would deny that his leadership is an issue, but it’s not yet obvious whether that will be decisive. The constituency party voted for him; after his election it grew.

Some people I meet like him. “He seems like a nice guy,” says Sabeena Baig. “He seems like he’s in touch with real people.” “I like his values,” says Phillip (he would not give his surname). “He’s a people’s man.” And a significant number of those who aren’t impressed or flat-out don’t like him are going to vote Labour anyway. “When you talk to them about the policies, then they can see you can be unsure about Corbyn but still vote Labour,” says Woods. “I couldn’t stand Tony Blair but I still voted Labour.”

With this many variables and such tight margins, there is everything to play for.