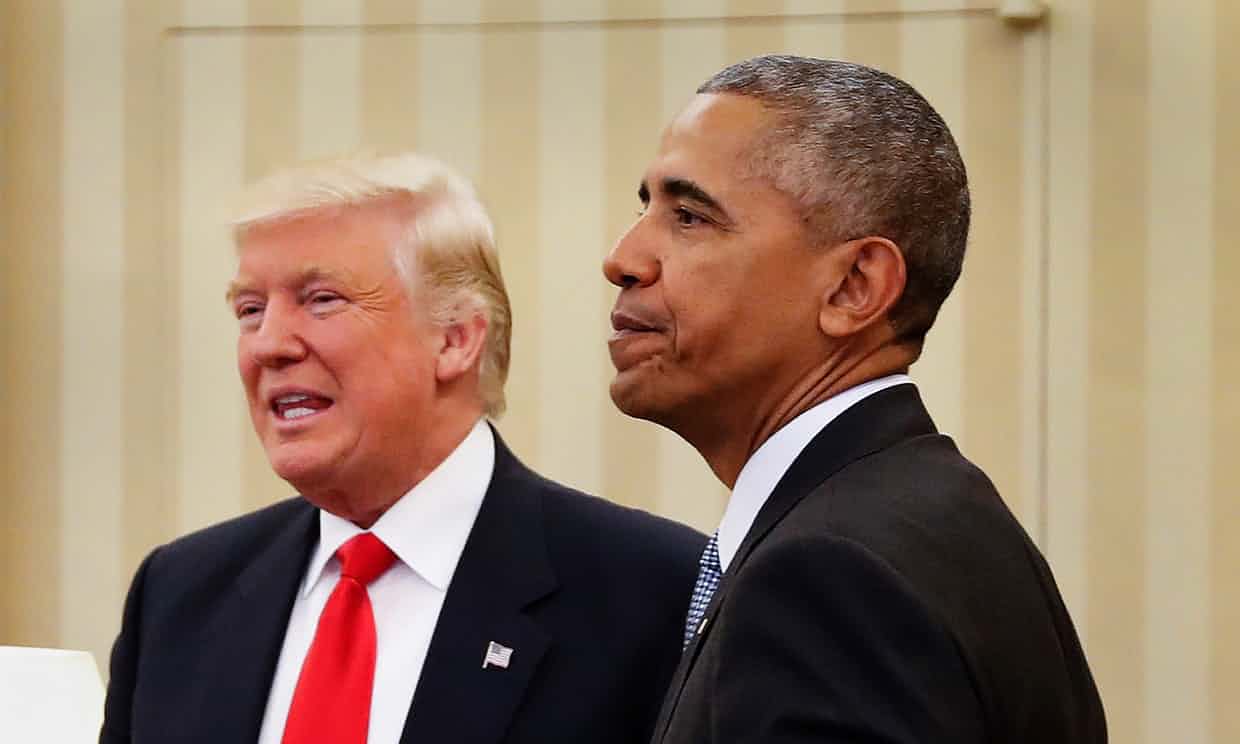 To celebrate its 225th anniversary, the US Mint and Treasury last week unveiled plans to issue a 24-carat commemorative coin depicting Lady Liberty as an African-American woman. With full lips and braided hair tied back in a bun, her gold-embossed profile is framed by the words “LIBERTY” above and “In God We Trust” below. “As we as a nation continue to evolve,” said Elisa Basnight, the Mint’s chief of staff, “so does Liberty’s representation.”

Sadly, the representation is evolving far faster than the nation. The coin is worth $100 (£80); in 2010 the median net wealth for women of colour was calculated at just $5. Black women now earn 65 cents for every $1 made by a white man – the same gap as 20 years ago. So the Treasury has produced a coin in these women’s image that most cannot afford – because the economy is producing low-wage jobs that leave them with liberty without equality.

For the past eight years American liberals have gorged themselves on symbolism. A significant section of the population, including those most likely to support Barack Obama, have felt better about their country even as they have fared worse in it. The young, good-looking, intact, scandal-free black family in the White House embodied a hopeful future for America and beyond. Photogenic, with an understated chic, here were people of colour who looked even better in black and white. With personal stories of progress without privilege, they provided Camelot without the castle: evoking a sense of possibility in a period of economic stagnation, social immobility and political uncertainty.

As Obama passes the keys and the codes to Donald Trump at the end of this week, so many liberals mourn the passing of what has been, remain in a state of disbelief for what has happened, and express deep anxiety about what is to come. It is a steep cliff – politically, rhetorically and aesthetically – from the mocha-complexioned consensual intellectual to the permatanned, “pussy-grabbing” vulgarian.

But there is a connection between the “new normal” and the old that must be understood if resistance in the Trump era is going to amount to more than Twitter memes driven by impotent rage and fuelled by flawed nostalgia. This transition is not simply a matter of sequence – one bad president following a good one – but consequence: one horrendous agenda made possible by the failure of its predecessor.

One cannot blame Obama for Trump. It was the Republicans – craven to the mob within their base, which they have always courted but ultimately could not control – that nominated and, for now, indulges him. And yet it would be disingenuous to claim Trump rose from a vacuum that bore no relationship to the previous eight years.

Some of that relationship is undeniably tied up in who Obama is: a black man, with a lapsed Muslim father from Kenya. That particular constellation of identities was like catnip to an increasingly strident wing of the Republican party in a time of war, migration and racial tumult. Trump did not invent racism. Indeed, race-baiting has been a staple of Republican party strategy for more than 50 years. But as he refused to observe the electoral etiquette of the Nixon strategy (“You have to face the fact that the whole problem is really the blacks,” Richard Nixon told his chief-of-staff, HR Haldeman. “The key is to devise a system that recognises that while not appearing to”), his campaign descended into a litany of brazen racist taunts.

Racism’s role should not be underplayed, but its impact can arguably be overstated. While Trump evidently emboldened existing racists, it’s not obvious that he created new ones. He received the same proportion of the white vote as Mitt Romney in 2012 and George W Bush in 2004. It does not follow that because Trump’s racism was central to his meaning for liberals, it was necessarily central to his appeal for Republicans.

There is a deeper connection, however, between Trump’s rise and what Obama did – or rather didn’t do – economically. He entered the White House at a moment of economic crisis, with Democratic majorities in both Houses and bankers on the back foot. Faced with the choice of preserving the financial industry as it was or embracing far-reaching reforms that would have served the interests of those who voted for him, he chose the former.

Even as we protest about the 'new normal', we should not pretend it is replacing something popular or effective

Just a couple of months into his first term he called a meeting of banking executives. “The president had us at a moment of real vulnerability,” one of them told Ron Suskind in his book Confidence Men. “At that point, he could have ordered us to do just about anything and we would have rolled over. But he didn’t – he mostly wanted to help us out, to quell the mob.” People lost their homes while bankers kept their bonuses and banks kept their profits.

In 2010 Damon Silvers of the independent congressional oversight panel told Treasury officials: “We can either have a rational resolution to the foreclosure crisis, or we can preserve the capital structure of the banks. We can’t do both.” They chose the latter. Not surprisingly, this was not popular. Three years into Obama’s first term 58% of the country – including an overwhelming majority of Democrats and independents – wanted the government to help stop foreclosures. His Treasury secretary, Timothy Geithner, did the opposite, setting up a programme that would “foam the runway” for the banks.

So when Hillary Clinton stood for Obama’s third term, the problem wasn’t just a lack of imagination: it was that the first two terms had not lived up to their promise.

This time last year, fewer than four in 10 were happy with Obama’s economic policies. When asked last week to assess progress under Obama 56% of Americans said the country had lost ground or stood still on the economy, while 48% said it had lost ground on the gap between the rich and poor – against just 14% who said it gained ground. These were the Obama coalition – black and young and poor – who did not vote in November, making Trump’s victory possible. Those whose hopes are not being met: people more likely to go to the polls because they are inspired about a better future than because they fear a worse one.

Naturally, Trump’s cabinet of billionaires will do no better and will, in all likelihood, do far worse. And even as we protest about the legitimacy of the “new normal”, we should not pretend it is replacing something popular or effective. The old normal was not working. The premature nostalgia for the Obamas in the White House is not a yearning for Obama’s policies.

As any recipient of the new coin will tell you, there’s a difference between things that look different and make you feel good, and things that make a difference and actually do good. Symbols should not be dismissed as insubstantial; but nor should they be mistaken for substance.

follow on twitter
Just so we're clear about who's responsible: from the people who brought you Liz Truss and COVID parties. "Employer… https://t.co/UgHRUyiPFu
Covering the Mandela & Obama elections, Katrina, #BLM, guns, knives, riots & statues. Drinking with Maya Angelou… https://t.co/kXVHFQNVNo
RT @thebookseller: "This particular anthology is important to me because it focuses on people, places and issues that have in the past been…
RT @FaberBooks: Dispatches from the Diaspora is available to pre-order, with signed copies available to pre-order from @NewhamBookshop now:…
RT @FaberBooks: Dispatches from the Diaspora: From Nelson Mandela to Black Lives Matter. A powerful, career-spanning collection of @garyyo…
RT @DurrutiRising: Huge mobilisations against the cops in #Athens tonight after a 16 year old Roma boy was shot through the head yesterday.…
A couple months ago I conducted a fascinating public interview with RMT leader @MickLynch4AGS .about everything fro… https://t.co/1zKJwllJW2
RT @SRTRC_England: An exciting new role as head of #humanresources at #ShowRacismtheRedCard Please RT. #educatorsjobs @MichaelRosenYes @gar…
“We didn’t ask for Lady Hussey to resign. But, really, the monarchy must do better on race.” Wanting the monarchy t… https://t.co/Pmo9BYdWnf
RT @mikewhoatv: Riz Ahmed nails it…“where are you really from?” https://t.co/vbL0wJr9dW
© Gary Younge. All Rights reserved, site built with tlc
How to get benicar online Where can i buy bepreve over the counter usa Get arava online How to get aggrenox without prescription Get pamelor online What i should buy with risperdal Buy myambutol online without prescription Generic flomax prices Online pharmacy vasotec Where can i get lamisil cream