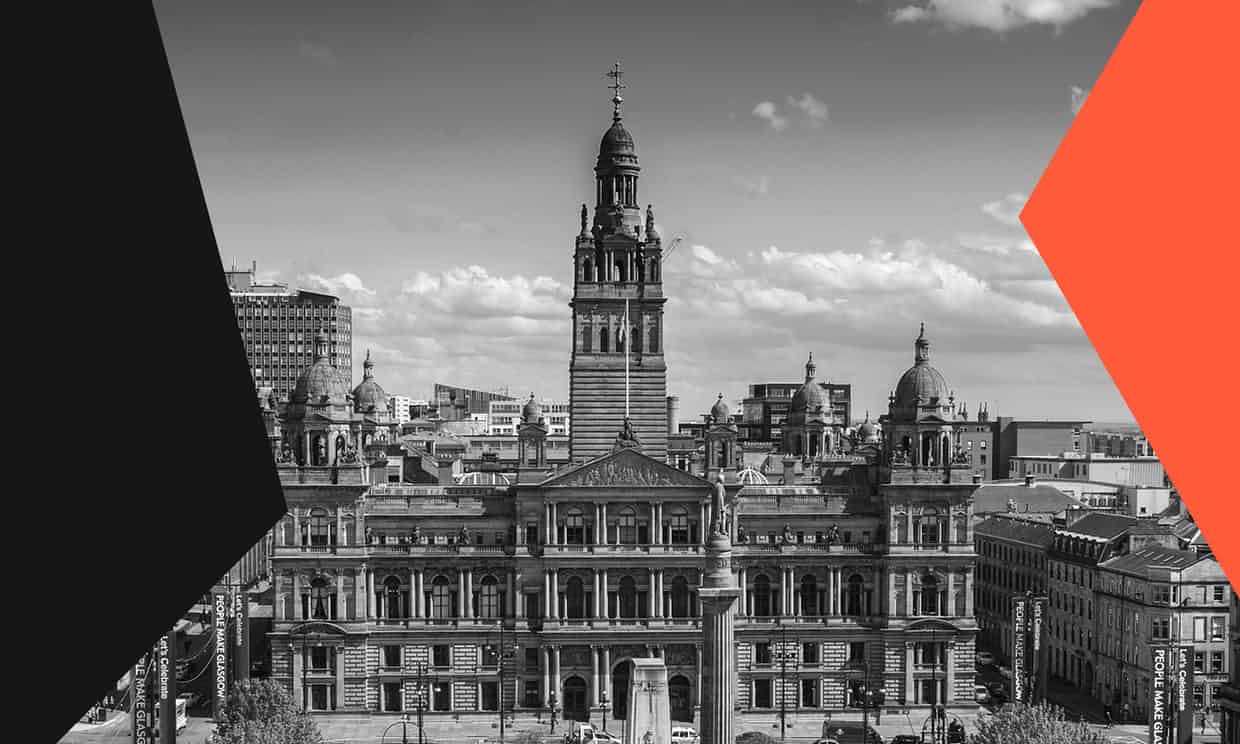 In 2005, Strathclyde police set up a violence reduction unit (VRU) in an effort to address a problem that had made Glasgow, in particular, notorious. Later that year, a United Nations report illustrated why that strategy was so urgent.

The study concluded that Scotland was the most violent country in the developed world. Based on telephone interviews with crime victims conducted between 1991 and 2000, it found that excluding murder, Scots were almost three times as likely to be assaulted as Americans and 30 times more likely than the Japanese.

The VRU, which is directly funded by the Scottish government and has an arms-length relationship with Police Scotland, was later rolled out across Scotland. It has adopted a public health approach to knife crime, in which the police work with those in the health, education and social work sectors to address the problem. The results so far have been dramatic.

Of the 35 children and teenagers who have been killed with knives in Britain so far this year, not one has been in Scotland. By contrast, in England and Wales, 2017 looks set to become the worst year for deaths of young people by knives in nearly a decade, according to figures revealed by the Guardian’s Beyond the blade project, which aims to show the true picture of knife deaths among children and teenagers in the UK.

Between April 2006 and April 2011, 40 children and teenagers were killed in homicides involving a knife in Scotland; between 2011 and 2016, that figure fell to just eight. The decline has been most precipitous in Glasgow, which once had one of the highest murder rates in western Europe. Between 2006 and 2011, 15 children and teenagers were killed with knives in Scotland’s largest city; between April 2011 and April 2016, none were.

The number of people carrying knives also appears to have declined across Scotland. According to figures from Police Scotland, there were 10,110 recorded incidents of handling an offensive weapon in 2006-07, a figure which fell to 3,111 in 2015-16 – a decline of 69% in a decade.

The Scottish Police Federation and police officers have raised concerns in recent years that the true extent of violent crime excluding murder might not be fully represented in the figures. Crime recording methods were changed in April 2017 and Police Scotland say knife crime has always been accurately recorded in the country.

Some of Scotland’s success in tackling knife crime is due to factors that are arguably unique to Scotland. But there are also lessons here for the rest of the UK in general and London in particular. The evidence from Scotland suggests that while knife crime, like most crimes, can never be eradicated, it need not be understood as an intractable, cultural feature of urban life. To successfully tackle it, however, there needs to be a shift in understanding of the root causes of the problem and, therefore, what a durable solution might look like.

The Scottish approach was quite conventional at first. “The police played a central role in the beginning,” explains Christine Goodall, who along with two other surgeons founded Medics Against Violence in 2008, a campaign group which works with health professionals, law enforcement, social services and other bodies to thwart violent behaviour. “They campaigned really hard to get the legislation around knife crime changed so people would be more likely to get a mandatory sentence. There was also, at the outset, a lot of stop and search.”

The issues, says Goodall, were concentrated in certain areas, particularly around Glasgow. Using intelligence from police operations, the VRU identified those people most likely to offend and asked them to voluntarily attend the sheriff’s court. “They didn’t have to come but they were encouraged to by community police, teachers and social workers and a lot of them did come,” says Goodall. 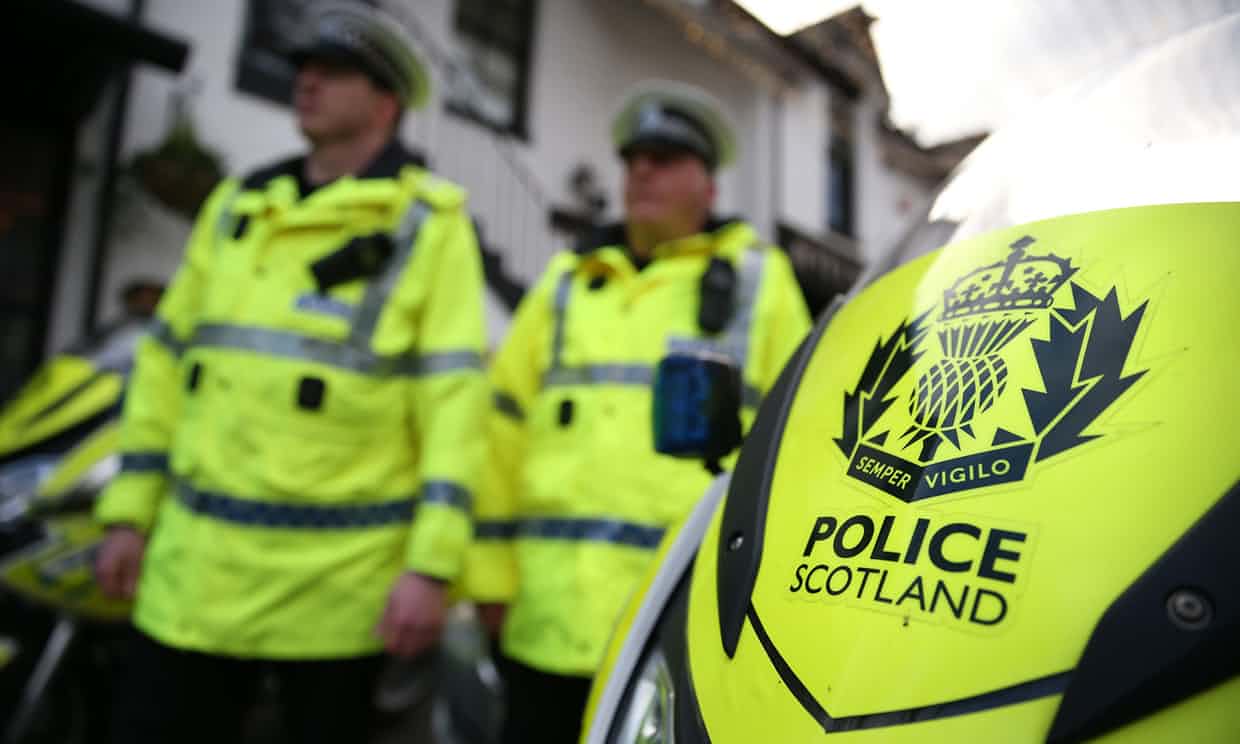 “The police had mapped all the gangs and when people got there they saw their own pictures up in the court. The session started off with a warning: ‘We know who you are and if you carry on with this lifestyle we’re going to come down on you really hard. We’re going to arrest you and we’ll arrest the rest of the gang. You will be going to prison if this carries on.’”

But at that point the intervention at the court took a more creative and holistic approach.

“We spoke about the injuries we see as a result of the violence and had a mum talk about losing her son. That really hit home,” explains Goodall. Finally, they were offered a way out. “There was help with housing, relocation, employment and training. They were given a number to call if they wanted to take the offer up. Huge numbers of them did so, were put into the programme, and are no longer in the gang lifestyle.”

The decision to treat knife crime as a public health issue – rather than simply a police matter – appears to have underpinned both the direction and support.

The fact that the initiative is publicly funded means strategies can be coordinated coherently, and organisations can concentrate on the task at hand rather than constantly looking for money to fund their next project. That makes a big difference, says Goodall.

“The problem for charities is that they have to compete for short-term funding,” she says. “So we’re able to take a more coordinated approach with more stable support.”

Susan McVie, professor of quantitative criminology at the University of Edinburgh, points out that the police, working alone, have a limited capacity to prevent knife crime.

Fewer than 2% of stop and searches in Scotland result in the recovery of a knife, she says. “It’s hard to profile kids who carry weapons because a lot of those who carry a weapon aren’t the ones you would expect. They might be kids from middle-class backgrounds who feel frightened, isolated and threatened in social situations.”

Once violence was seen as a public health issue, the conversation changed: “We started to talk to offenders and ex-offenders and to challenge behaviours and the culture of violence,” says McVie.

Giving information about the legal repercussions of violent crime has not proven to be a deterrent, notes Jane Dailly from the national youth work agency YouthLink Scotland, who is national coordinator for No Knives, Better Lives, a programme aiming to raise awareness of the consequences of carrying a knife, and which provides information for young people.

Dailly cites feedback from focus groups of young people at risk of becoming involved in knife crime, which revealed that the potential impact on people’s families – particularly on perpetrators’ mothers and victims’ families – is one of the biggest concerns.

Youth work and positive prevention have been key, she says. No Knives, Better Lives launched in 2009 when knife crime was at a high. It supports work in 24 local authorities in Scotland, and involves partners including the police, youth workers and schools.

“What we are promoting, trying to talk to people about and asking them to implement, is more positive prevention,” Dailly says. “How do we help [young people] develop the capacity to make positive decisions and, in this case, choose never to carry a knife or to do something if they know that someone else is carrying a knife?” 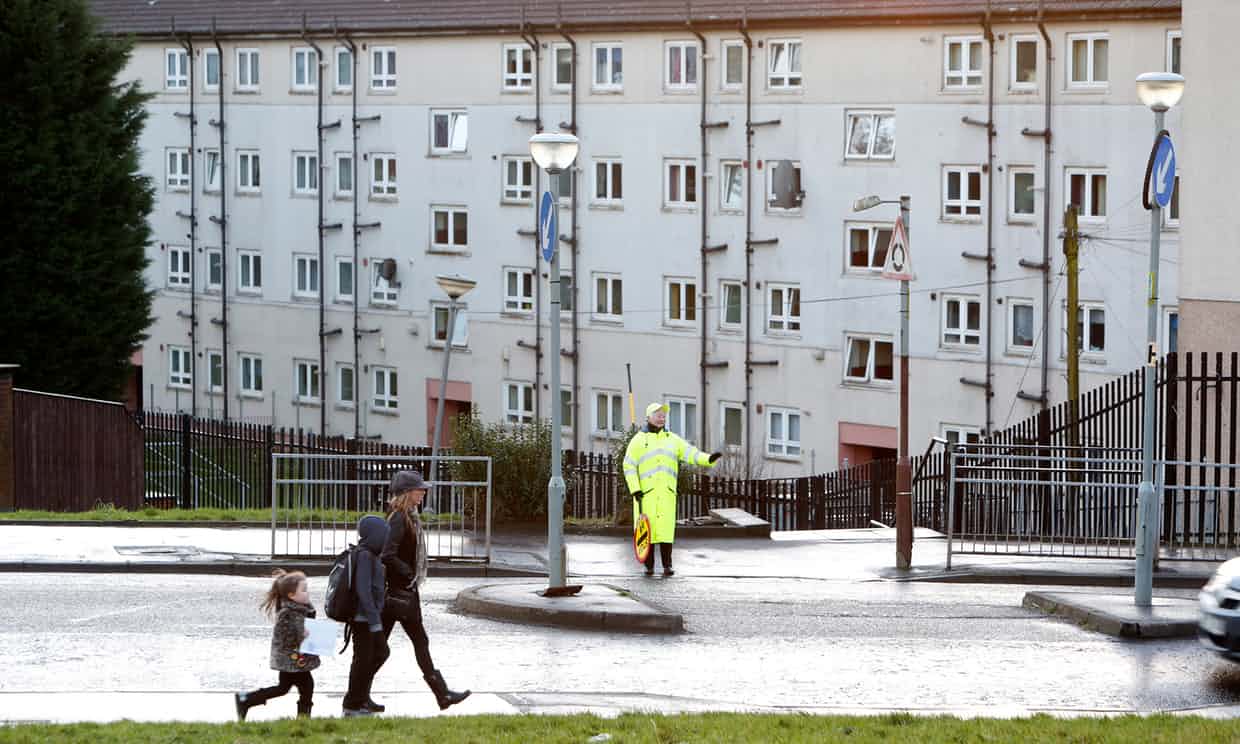 A housing estate in Cranhill, Glasgow. Photograph: Murdo MacLeod for the Guardian

McVie thinks there are three things that have made tackling knife crime in Scotland easier than tackling it in London, where this year 18 children and teenagers have been killed with knives.

The first is that the VRU managed to efficiently tackle gang culture, targeting leaders and isolating them from followers. Second, she says, Scotland has a different culture of violence: incidents have tended to be over something more immediate and spur of the moment, often involving an encounter that escalated from an insult or argument, rather than the bloody end of a protracted dispute or connected to criminal activity.

Finally there is the issue of trust with the police. “In London institutional racism creates a barrier,” argues McVie. “If people see something going wrong they are less likely to tell the police because they don’t trust them. In Scotland, where racial bias has been less of an issue, it’s been very different. There is more trust between police and minority communities.”

It also seems the existence of a Scottish parliament has provided a more accessible polity in which to experiment and innovate. “The mantra of the people who drove this was: ‘Better to apologise later than ask for permission,’” explains Goodall. “So we just did stuff. If we think something’s a good idea we’ll just do it. I’m not going to sit around having meetings about it.”

Politics aside, the scale of the country has also helped, she says. “There’s only 5 million people in Scotland. There’s probably 2, 3 million across the central belt. The rest are living in the Highlands. That should be a manageable problem.”

Nobody in Scotland would claim they have cracked the issue of knife crime. McVie points out that a reduction in crime generally in Scotland has not been even, and people remain vulnerable in those communities hardest hit. “Our analysis shows that the [general] crime drop has mainly been as a result of reducing crime amongst those least likely to be victims in the first place, ie one-off victims of property crime,” she says.

Clearly there is still a way to go where violent crime is concerned generally. In 2015 a UN report claimed Scotland remained the assault capital of the world, with Scots more prone to violent attack than those in any other country, including Mexico, Colombia and El Salvador. The survey, by the UN Office on Drugs and Crime, looked at 80 countries, both developing and developed, and found Scots suffered serious bodily injury at seven times the rate of the global average and twice the rate of England.

A VRU spokesperson said: “It’s not the picture of Scotland we recognise.”

Where knife crime is concerned specifically, few would argue that the situation has not improved. But while most can point to contributing factors, ultimately they are just that: factors that contribute. Nobody here claims to have the answers.

“The truth is we don’t know the reasons for the wider change around violent crime or the more specific carrying and knife crime. We just know it has happened,” says Dailly.