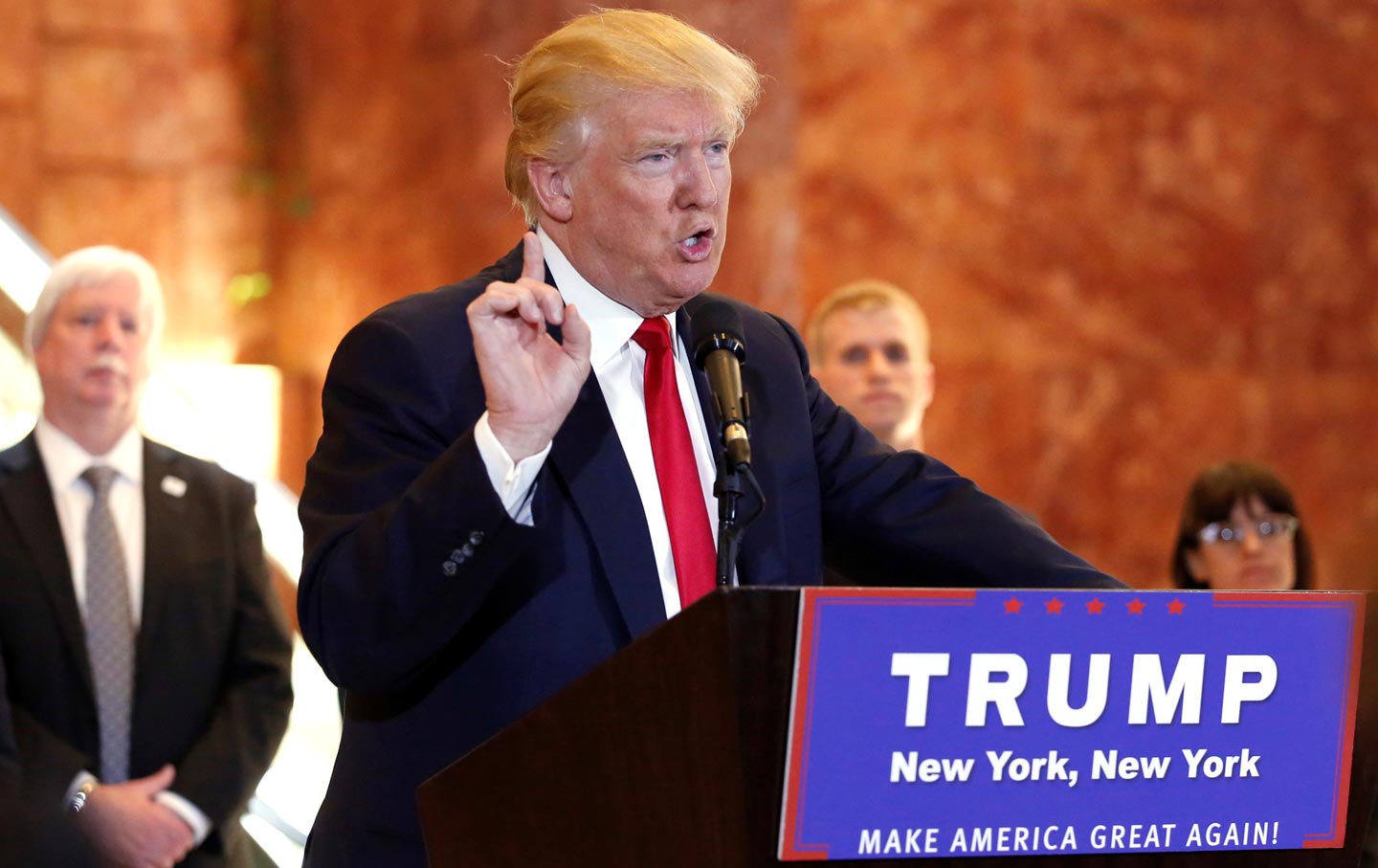 How to Fight a Fascist and Win
The Nation,
(Reuters / Lucas Jackson)

In the second round of France’s presidential elections in 2002, the left was faced with an unfamiliar challenge: What accessories to wear to the polls? The Socialist candidate, Lionel Jospin, had been knocked out in the first round. Now the choice was between the fascist National Front candidate, Jean-Marie Le Pen, and the conservative sleaze magnet, Jacques Chirac. There were no good options: Chirac had once

that French workers were being driven crazy by the “noise and smell” of immigrants. But there was certainly a catastrophic option: the election of Le Pen, who had branded people with AIDS “lepers” and trivialized the Nazi gas chambers as “a detail” in history.

So the left debated casting ballots for Chirac wearing gloves or surgical masks (until they were told doing so might nullify their ballots), and in the end, many went to vote with a clothespin on their nose. “When the house is on fire,” François Giacalone, a Communist Party local councillor,

, “you don’t care too much if the water you put it out with is dirty.”

In 2016, Donald Trump’s clinching the Republican nomination in the same week that a right-wing extremist narrowly lost the presidential election in Austria raises a serious strategic challenge for the progressive left. We are rightly buoyed by the notion that a better world is possible and have tasked ourselves with creating it. But it is no less true that, at any given moment, a far worse world is possible too, and we should do everything in our power to ensure that we don’t let somebody else create it.

There are two crucial distinctions to be made here. The first is to distinguish between those political opponents who are merely bad, and those who represent an existential threat to basic democratic rights. The second is to draw a clear distinction between the electoral and the political. For example, Mitt Romney was bad: Had he been elected in 2012, terrible things would’ve happened, and it is a good thing that he was defeated. But Trump is of a different order entirely. Xenophobic, Islamophobic, unhinged, and untethered to any broader political infrastructure, he has endorsed his supporters’ physically attacking protestors. His election would represent a paradigmatic shift in what is possible for the American right. To call Trump a fascist may suggest more ideological coherence than his blather deserves. But he is certainly part of that extended family and, as such, represents the kind of threat that Romney (for example) did not.

The same is true of Le Pen and Norbert Hofer, the hard-right Austrian presidential candidate who

gun ownership “the natural consequence” of immigration. The fact that the Austrian presidency is primarily ceremonial is beside the point; had Hofer won, others in more substantial positions would have followed.

Since this kind of threat is of a different order, so should be the response. While fascists have learned to cloak their bigotry in less inflammatory rhetoric (one more reason why Trump is an outlier: This is a trick he has yet to learn, though I’m sure the Republicans have their best folks working on it), their blunt message must be met with a blunt response. They must be stopped. And if their route to power is through the ballot box, they must be stopped there.