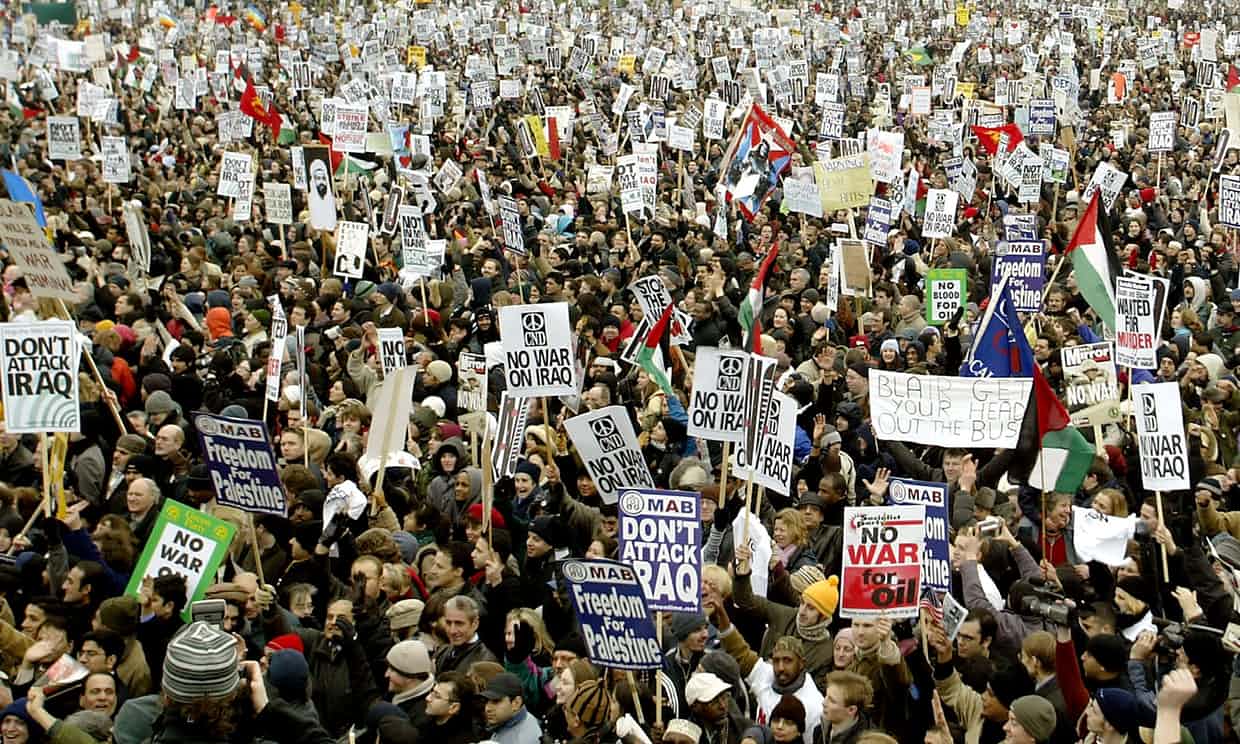 It’s abundantly clear that the left can gain ground – but it cannot yet hold it
The Guardian,
Photograph: Scott Barbour/Gett

The least interesting thing about Jeremy Corbyn’s leadership of the Labour party is Corbyn himself. Not because he is a dull person. But because, as the candidate who stood to make a point and only made the ballot because his opponents thought he had no chance, he is clearly the accidental lead character in a drama he never seriously auditioned for and nobody ever thought would be produced.

That drama is global and still unfolding. Over the last few years, with varying degrees of success in a handful of places, the left has cohered into the kind of electoral coalitions that can actually command pluralities if not majorities. This is evident in Greece with Syriza, with less ideological clarity in Scotland with the Scottish National Party, and has most recently taken root in Portugal where a social democratic leads a government, comprising communists, both reconstructed and unreconstructed, and greens. This weekend in Spain Podemos is expected to perform respectably for a party that is not yet two years old. While Corbyn’s emphatic victory was within the Labour movement rather than the country at large, it would be perverse to understand it outside this context. So when commentators dwell on his personal and strategic frailties and flaws, they affect a worldliness while betraying a deeply parochial sensibility.

These advances have taken everybody, including the left, by surprise not least because for the last decade or so there has been an itinerant quality to progressive movements on both sides of the Atlantic. The antiwar movement, Occupy Wall Street, #blacklivesmatter, tuition fees, UK Uncut, the US pro-immigration Si Se Puede marches, SlutWalks, the list goes on. For the most part these upsurges occur almost entirely without reference to electoral politics. The disinterest was mutual. For even as these campaigns shifted the dial in terms of public discourse, the traditional centre left parties treated them with a mixture of indifference and contempt.

These movements were often caffeinated through social media, which usually left them burning brightly only to fade, making space for whatever came next, lending them a homeless, drifting quality: each movement more powerful and hopeful than the last; each too narrowly focused and lacking the social or economic base to sustain it. Each having to create new structures, practices, goals and methods from scratch. All of this comes less by way of criticism than description. They mobilised and energised large groups of people, transformed the political conversation and laid out alternative visions for how the world might be understood. That is no small thing. But they created space they couldn’t hold.

These contradictions were most glaring in Britain in the run up to the Iraq war, when London saw the biggest demonstration in its history, in which my guess is that the overwhelming majority who attended that march voted for the government they were demonstrating against, and at least a plurality voted for them again. What choice did they have?

Which brings us back to Corbyn, the unlikely beneficiary of a moment in which a resurgent left, newly oriented towards electoral politics, has surprised itself with its ability to both challenge and even win. But what he’s not is the product of a movement that can sustain that challenge once it has been made.

If this really were a return to the 1980s, as some suggest, then he would have a mass peace movement making his case for him against war and a vibrant trade union movement making the case against austerity. As it is he doesn’t even have a party he can rely on. He did not emerge to the Labour leadership organically from a deeper organisational base, but disorganically from a wider, amorphous, alienated sentiment.

In this respect the British situation is quite different from the rest of Europe. Elsewhere these new left parties have usually emerged from fledgling movements. And thanks to proportional representation, they have either abandoned an insipid centre left to a slow – or in Greece’s case – dramatic demise, or forced it into a governing coalition – as in Portugal. This has left them both more marginal and less embattled than the Labour left.

Once again this is less a criticism than a critique. It simply describes the challenges of this period in which becoming electorally viable raises the question: once we have made the space, to whom do we entrust it, what shall we do with it and how do we protect it? People complain that Corbyn is not electable. They might be right. Electability is not a science. But the more pertinent question is: imagine if he was?

He could soon find that not only is the parliamentary Labour party not up to the challenge of taking on global capital – nor is the nation state he would be leading. This is not a new problem. Indeed, it is precisely because it has gone on challenged, but virtually unchecked, for more than a generation, that political cynicism has intensified. Whoever you vote for, capital gets in.

This was the experience of Syriza. After standing on an anti-austerity platform, winning the election, putting its negotiating position to the test in a referendum, and winning, Syriza was forced to buckle when confronted by the might of the European Union leadership. The party was later re-elected to implement austerity in much the same way as the centre left party it eclipsed had done.

Each case, in its own way, has demonstrated both the potential of electoral engagement and the limits of democratic control. The left is finally developing the strategic skills to gain office; it has yet to work out how to exercise power in the interests of those who put it there.

“The crisis consists precisely in the fact that the old is dying and the new cannot be born,” argued the Italian Marxist Antonio Gramsci. “In this interregnum a great variety of morbid symptoms appear.”

We see those symptoms today in the fundamentalisms of Mohammad, the military and the market. The war on the poor; and the wars without end. We are winning arguments and losing battles; gaining support but draining efficacy. We are clearing space – but we have yet to decipher a way to build on it.

This piece was extracted and adapted from the keynote speech at the launch of the Stuart Hall Foundation the full, original text of which can be read here.