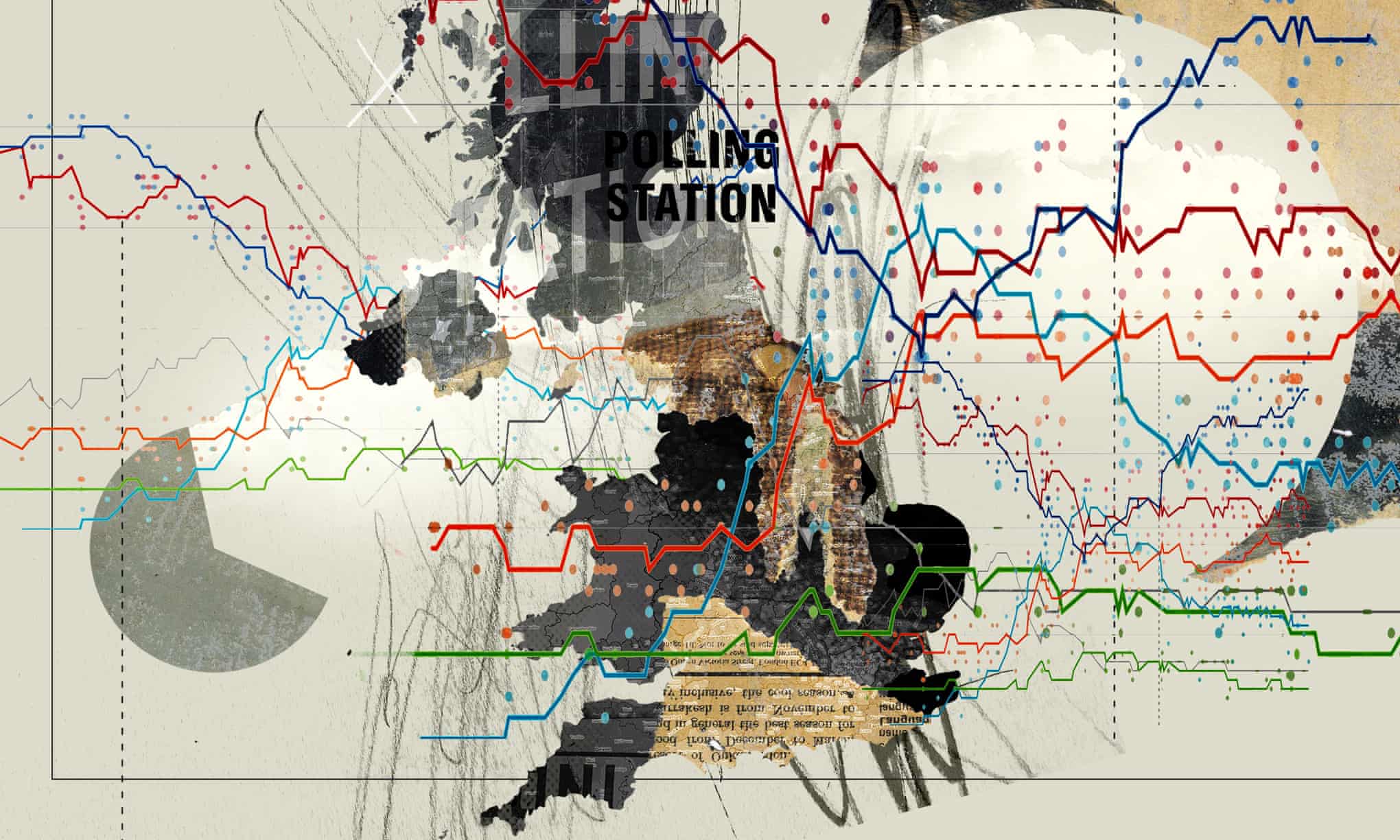 It's voters, not pollsters, who will write the story of this election
The Guardian,
Illustration: Eleanor Shakespeare

Election night, 2017, at Harrow leisure centre was a tense affair. I had been in the borough for more than a month covering the battle for Harrow West – a Labour-held marginal that was 19th on the Tories’ target list. Labour won it in 1997 with a slim majority and had clung on to it ever since.

The tension however, related to next-door Harrow East, a Tory constituency. It went to recounts, sending the Tory candidate pacing nervously in every direction. He had considered his seat safe; the Labour MP for Harrow West believed his was at risk. Yet Labour won Harrow West by 13,314 votes, increasing its majority fivefold, while in Harrow East the Tory majority was reduced to just 1,757. I had been in the area to write about a seat that Labour might lose. It hadn’t occurred to me they might gain one.

I wasn’t alone in this error. Labour had ploughed nearly all its resources into Harrow West. Its activists from both constituencies were grateful for the new votes but had no idea where they had come from.

Today, Harrow East is the 36th target seat for Labour (Jeremy Corbyn was there earlier this week); Harrow West is 149th for the Tories, effectively off the radar but not necessarily out of the danger zone completely. After all, they are the same places they were two and a half years ago: the provenance of many of those votes remains a mystery and they could yet switch again. And much, politically, has happened since 2017 that could make them change their minds.

We don’t know what the story of this forthcoming election will be. We may not know until it is over. The campaigns have only just started. People haven’t voted yet. Electability is, ultimately, decided not by opinion-forming elites but by the voters.

Elections are not political thrillers. They are, or should be, about something real. Their significance should go beyond who wins, to what might change. Those two things are connected, of course, but not inextricably so. One of the reasons poor people are among the least likely to vote is because they often end up remaining poor, regardless of who wins. That doesn’t mean it doesn’t matter who wins – they could always get poorer. But nobody ever put that on a bumper sticker.

Far more significant is what will change. There is more to politics than elections. The electoral conversation draws its energy from polls, gaffes, ads and swings. But none of that is particularly relevant unless it impacts people’s livelihoods, potential, challenges and life chances.

It is easy to get stuck in the electoral. This particular moment is finely balanced. The situation is incredibly volatile; the context unprecedented. Those who claim to know how things will turn out are simply revealing how little they actually know. Because the outcomes of elections are always of national significance, we tend to always treat them as national events – when sometimes they more closely resemble a range of electoral microclimates, each with its own ecosystem. This feels like one of those times. 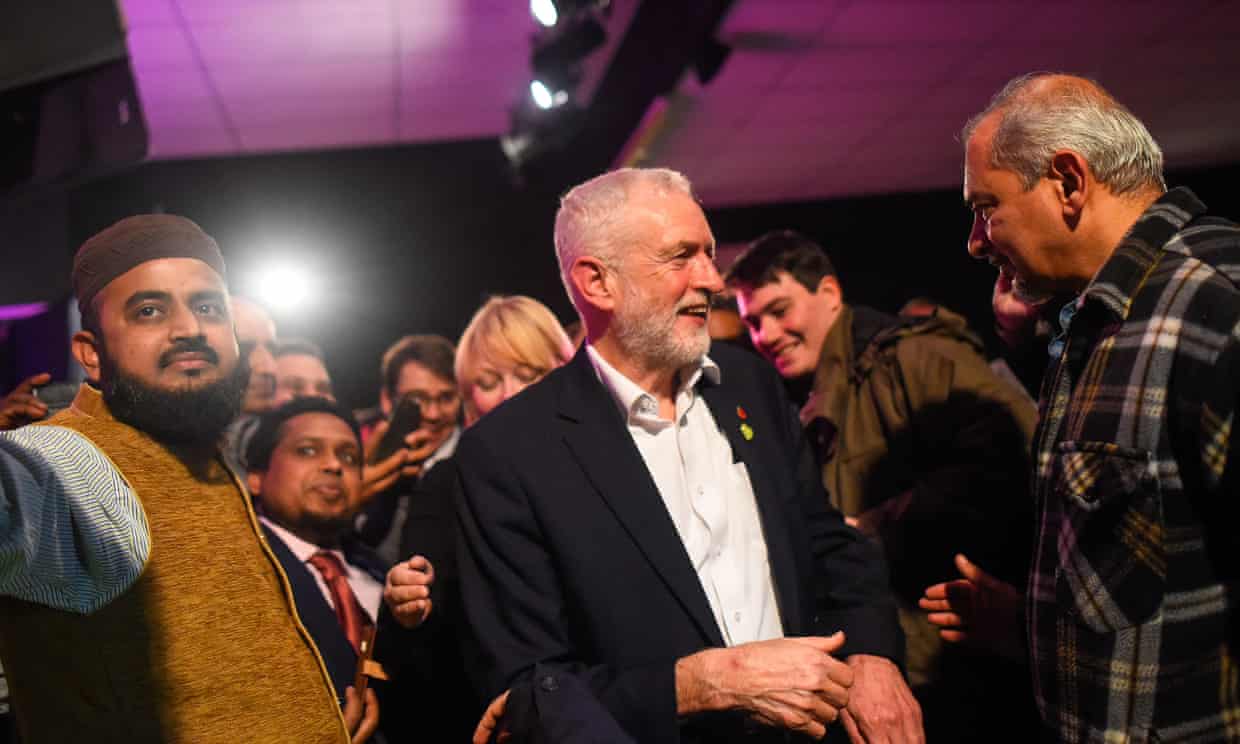 More than 50 MPs are standing down. More than 50 seats have majorities of less than 1,000; and 97 seats were won in 2017 by a margin of 5% or less of the votes cast (compared with just 56 in 2015). Of the 31 most marginal seats, less than half are Labour/Tory. We have a minority government and our voting system has only produced an outright winner in one of the last three elections, and even then with a small majority. It could hinge on the weather (there’s a reason why winter elections are so rare), which students go home (more than 30 seats have a local university and a majority below 5,000), and how effective on-the-ground organising might be.

The truth is we don’t know who is going to win. But we do have a clear idea of why it matters. This election is about something: indeed in a sense it’s about everything. It offers as stark a choice in terms of the direction of the country, both at home and abroad, as most can remember.

Unfortunately, on the issue that brought us to this point, Brexit, there may not be any clear resolution. The country has narrowly voted to do something it does not want to pay the price for doing, and which its polity has been unable to bring itself to do. The best many of us can hope for is to put whatever deal is done to a referendum and vote again. But whatever the result, that won’t resolve it. The country is horribly divided. We have voted ourselves into a mess and we’ll have to vote ourselves out of it.

Yet Brexit was always a symptom of a broader crisis rather than the cause. We live in a society where work is not a route out of poverty but may well be a route into it. As Aditya Chakrabortty pointed out on these pages this week, nine children in every classroom of 30 live in poverty, while the number of food parcels given to children by the Trussell Trust has leapt from 14,000 to 580,000 since the Tories came to power. Official figures show there’s been a 165% increase in homelessness under the Conservatives, and homeless charities say the real figure is much worse. This election is about nothing less than how we incorporate protection of the planet into everything we do as a society. Put bluntly, there’s a lot on the line here.

Pretty much every party in England and Wales has policies to deal with these issues that I can live with apart from one – the Conservatives. It’s not hard to see why they want to make this election about Brexit: they have nothing else. Their message is clear if nonsensical. “Get Brexit done” is no more a policy than “Brexit means Brexit” was a strategy. But beyond that, the best they can offer is to soften some of the worst of austerity while doubling down on the worst of everything else – from stop and search to shredding regulations.

Which brings us back to the electoral. Because while we can’t know what will happen, we do know what has happened. In Margaret Thatcher’s famous 1983 victory, the Conservatives lost 685,000 votes and a 1.5% vote share – but gained 37 seats. They managed this primarily because of a significant rise in Liberal/SDP support which did far more for the Tories than it did for themselves.

One scenario, among many, this time around is that the Conservatives lose votes, win a majority and get to pursue their agenda anyhow. That could be the story of the election: that a country with a majority opposed to the politics of poverty, greed, deregulation and austerity, a hard Brexit and entrenched inequality could not or would not unite, strategically, to prevent them. Fortunately there are a myriad of other possible stories, where we help feed our children and save the planet. We still have time to write them.