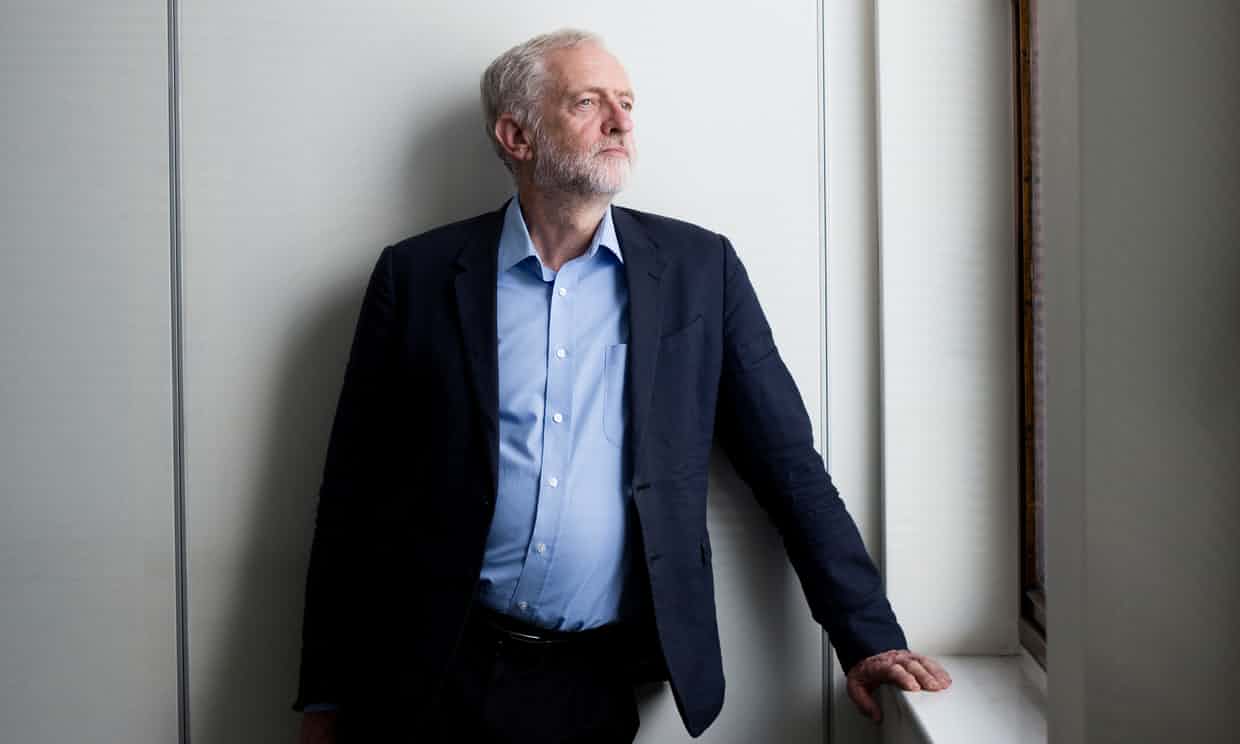 Jeremy Corbyn has called on Labour MPs critical of his leadership to rejoin the frontbench if he wins next week’s vote, as long they respect his mandate and accept the “general direction” of his anti-austerity policies.

In a conciliatory interview with the Guardian, published on Saturday, Corbyn concedes he has made some mistakes in his year as leader and that it may take time for some parliamentary colleagues to learn to “love” him after the bruising leadership contest in which he is the overwhelming favourite to win over Owen Smith.

He insists, however, that it would be time for the predominantly hostile parliamentary party to follow his leadership.

The Corbyn team is working on a peace deal to woo some of his critics before a key meeting of the party’s ruling national executive committee on Tuesday.

“I will put it to them that I’ve got a mandate, if I’m elected,” he said. “I’ll put it to them that the mandate is about the policies I’m trying to put forward. Not every dot and comma and crossed t, or whatever. But it is the general direction of the economy and policy. And I’ll invite them to work with us.”

Corbyn said he hoped to appeal to MPs’ “better natures” so they would line up behind him. “I’ll rely on the best natures that can come out,” he said. “A lot of people say lots of things in the heat of the moment. But of course I’ve made mistakes, and of course we need to do better. We certainly can’t carry on as we did.”

He acknowledged that it might take a while for unhappy MPs to become his friends: “Whether they’re going to love me at the end of it? I think the love may be further away.”

The emerging peace deal would include the introduction of elections for at least some shadow cabinet posts – an idea backed by the majority of Labour MPs – in return for a pledge not to “abuse” the leader in public. There would also be further “democratisation” of the party, including the possibility of greater involvement by grassroots members in policymaking. But details of the package remain unresolved, and will have to be agreed by Tuesday’s NEC meeting .

A member of Corbyn’s team, Amy Jackson, who was formerly employed by the deputy leader, Tom Watson, has been given the task of persuading MPs to serve in a new shadow cabinet. Sympathetic MPs, including Ian Lavery, would also be approaching colleagues.

Corbyn’s allies insist enough MPs will return to the fold to end the doubling-up that has seen several shadow ministers juggling extra jobs since the mass resignations after the EU referendum.

The Barnsley MP, Dan Jarvis, who recently met Corbyn when he visited his constituency, is among those Corbyn and his team hope to tempt back, as is the former shadow housing minister John Healey. Some senior figures, however, have made their return conditional on elections to the shadow cabinet.

Other senior Labour MPs are seeking influential backbench roles instead. Chuka Umunna, Yvette Cooper and Caroline Flint are all standing to be chair of the home affairs select committee – a post vacated by the resignation of the disgraced Keith Vaz. Hilary Benn, whose sacking by Corbyn kicked off a wave of resignations, hopes to chair the Brexit select committee.

Meanwhile, some MPs who are more sceptical of Corbyn’s leadership are laying the groundwork for a “shadow” shadow cabinet, asking questions of the government from the backbenches.

Corbyn’s views on Nato , in particular, are cited by some refuseniks as a reason they could not serve under him in future. Asked at one hustings event whether he would uphold article 5 of Nato , under which member states pledge to defend each other against attack, Corbyn said: “I would want to avoid us getting involved militarily, by building up the diplomatic relationships and also trying to not isolate any country in Europe, to bring them up.” That stance was regarded by some as tantamount to pacifism.

Corbyn, who was widely regarded as having outperformed Theresa May over grammar schools at Wednesday’s prime minister’s questions, told the Guardian he had been working on his presentation. “I’m trying to remould it, because communication is everything. If you can’t communicate your views, you’re not getting anywhere. Could we do things differently? Probably. It’s something I want to develop.”

A string of former shadow ministers, including Heidi Alexander, Lilian Greenwood and Chi Onwurah, have criticised Corbyn’s leadership style during the campaign. Alexander claimed he read from a script and constantly deferred to the shadow chancellor, John McDonnell, describing his style as “unprofessional” and “shoddy”.

Corbyn told the Guardian he was “particularly surprised” at Alexander’s comments, but said: “Did I defer to John McDonnell? John McDonnell is pretty clear in his views and setting them forward. I have an approach that is probably more [one] of listening and less declamatory. She took that as not showing leadership. I try to summarise conversations at the end of them and move on from there. And I hope Heidi will recognise that it’s a style she might be misreading.”

After a week in which McDonnell, his campaign chair, was forced to apologise after a list was released singling out 13 MPs for allegedly abusing the leader, Corbyn repeated his insistence that he does not tolerate bullying.

“I don’t do abuse, I don’t do bullying and I won’t tolerate it from anyone associated with my teams, supporters or anyone else,” Corbyn said. “We have to say to everyone in the Labour party that this is a safe place to be. I don’t accept any kind of abuse or intimidation, misogyny, homophobia, racism, anti semitism or Islamophobia, and we are taking action against it as a party.”

Ben Bradshaw, one of the MPs named in the list, wrote in the Guardian that Corbyn was a “destructive combination of incompetence, deceit and menace”.

Meanwhile, Smith used his final major speech of the campaign in London on Friday to step up his attacks on Momentum, the grassroots campaign group that supports Corbyn’s leadership.

He compared Momentum to Militant, the hard left “party within a party” that was expelled from Labour in the 1980s. “There is nothing comradely about setting up a party within a party. Still less in trying to use our movement as a host body, seeking to occupy it, hollow it out, until it’s outlived its usefulness, when you throw it aside like a dead husk,” he said.

Labour sources said Corbyn’s speech next week would take a conciliatory tone; but would also assert his leadership in the face of criticism by MPs.

Some Corbyn allies would prefer him to face down the idea of shadow cabinet elections, for fear that critical MPs will use it as a platform to undermine him. “There are those who are clearly preparing for the next round of attrition,” one shadow minister said.