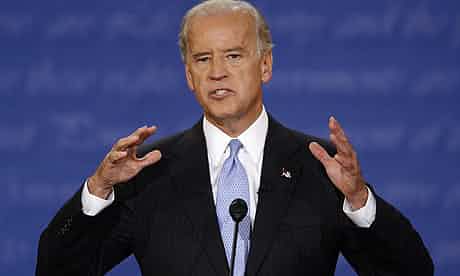 Joe Biden is coming to town. Locally that is pretty big news. No one that I've spoken to really expected a Democrat to bother with these parts given the size of the town and the immensity of the Republican support dominates the media market around it. Nationally it marks a paradigm shift. It suggests a confidence among Democrats that is pushing them deep into enemy territory.

It also signals how central Virginia could be to the outcome of the election. Obama is coming to Virginia's eastern shores again tomorrow.

Given McCain's now almost certain defeat in Iowa and New Mexico and the tight nature of the race in Colorado, it is difficult to see how he could possibly win the presidency if he doesn't win Virginia, particularly now he has pulled his staff out of Michigan.

Unless the couple of tight polls in Minnesota and Colorado yesterday illustrate a comeback - which is possible but unlikely - then McCain is playing defence everywhere apart from New Hampshire with Obama challenging throughout including North Carolina, Indiana, Ohio, Nevada and finally Florida.

Obama needs 18 more electoral votes than John Kerry had; Virginia has 13. Despite a poll yesterday putting McCain ahead here - the first such result in almost two weeks - the truth is the Republicans have been late to recognize just how vital the state will be.

Having thought they wouldn't have to compete here they are opening 12 more offices statewide, making a total of 20. Obama on the other hand could win without Virginia. Yet his campaign already has 45 offices here.

In gubernatorial and Senate elections the Democratic strategy has been to rack up huge victories in the northern Virginia, hold your own in Hampton Roads, where Obama will be tomorrow and limit the margins of defeat here in the southwest.

Hence Obama and Biden's one-two visit. The Republicans are sure to follow. Virginia is the new Ohio. It looks like Obama realised that before McCain did.