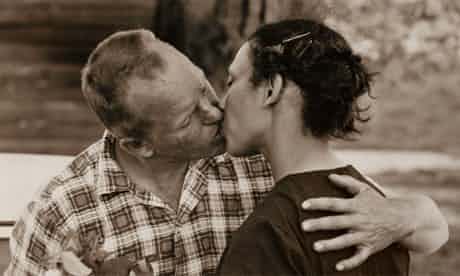 In the small hours of 11 July 1958, three policemen entered the home of Mildred and Richard Loving, in Central Point, Virginia and found them in bed. When Richard pointed to his marriage certificate indicating that Mildred was his wife, they arrested them. Richard was white; Mildred was black and Cherokee. They were breaking the law, as laid down in Virginia's Racial Integrity Act, which banned mixed-race marriage.

The case eventually went to the US supreme court, which, in 1967, ruled in favour of the Lovings:

"Marriage is one of the 'basic civil rights of man', fundamental to our very existence and survival. Under our Constitution, the freedom to marry, or not marry, a person of another race resides with the individual and cannot be infringed by the State."

So, six years after Barack Obama was born in Hawaii to a white woman from Kansas and a black man from Kenya, mixed-race marriage was formally recognised as a civil right nationwide. (Some states kept their laws on the books, even if they were unenforceable. Alabama was the last to get rid of its anti-miscegenation law in 2000.) Said Mildred, many years later:

"Not a day goes by that I don't think of Richard and our love, our right to marry, and how much it meant to me to have that freedom to marry the person precious to me. Even if others thought he was the 'wrong kind of person' for me to marry."

"Races do not intermarry," Martin Luther King once wrote. "Humans intermarry." But humans are not abstractions. We are moulded by the world we live in. It would be comforting, particularly in the west, to think that our romantic partners are chosen purely through desire and attraction. But it would also be deluded. The fault lines that shape of race, religion, age, ethnicity, nationality and so on that influence our lives in so many ways inevitably creep in to the most intimate settings. It would be strange if they didn't.

This is not some avant-garde leftist notion. From Shakespeare's Romeo and Juliet to Vikram Seth's A Suitable Boy, the notion that love does, indeed, know boundaries, even if it can, at times, overcome them, has been a literary staple through the ages. "It is a truth universally acknowledged, that a single man in possession of a good fortune, must be in want of a wife," says the narrator in the first line of Jane Austen's Pride and Prejudice. In Britain, it is still the case that no royal may ascend to the throne if they have married a Catholic (albeit this law is in the process of reform).

As recently as 1986, the issue of intermarriage was contentious: 28% of Americans said people of different races marrying each other was not acceptable for anyone, while 37% said this may be acceptable for others, but not for themselves, leaving just (33%) who believed intermarriage was acceptable for everyone. But as those born before the civil rights era died off, those raised without the dead weight of segregation on their imagination opened their minds. Today, 11% (still shockingly high, even if greatly reduced) believe society is worse-off because of increased intermarriage. Among the under 30s, it's just 5%.

These shifts were not a result of the innate liberal genius of the young or the inevitable influence of time and tide. It was politics. Had there been no civil rights struggle, no pressure on courts and the polity, these changes would not have happened as they did. "Men make their own history," wrote Karl Marx, in the 18th Brumaire of Napoleon Bonaparte:

A very similar process that is gradually rendering interracial marriage a banal fact of life is taking place with regard to same-sex marriage. Today, more Americans support gay marriage than don't, with the number backing it increasing by roughly 2% every year since the 1990s. Now, gay marriage is legal in seven states and the District of Columbia, covering more than 13% of the population. Maryland may soon follow, and if California's courts definitively overturn the 2008 referendum banning it , the right will be available to more than one in four Americans. Clearly, it's a right whose time has come, albeit long overdue.

To compare these two struggles is not to equate them. To say homophobia and racism are the same would be ridiculous. As Quentin Crisp once said:

"The difference between being gay and being black is that you don't have to come downstairs one day and say, 'Mum, Dad, I'm black.'"

None the less, to ignore the parallels between how the two issues have played out would be no less ridiculous. Three areas, in particular, stand out for comparison.

First, is the use of God and tradition to defend exclusivity and, therefore, exclusion. When the Lovings plead guilty in a Virginia Court in 1959, the trial judge, Leon Bazile, gave them a 25-year sentence – suspended, so long as they left the state – with the argument: "Almighty God created the races white, black, yellow, Malay and red," as a Virginia judge wrote in 1965, when he upheld the state's so-called Racial Integrity Act:

"And but for the interference with his arrangement there would be no cause for such marriages. The fact that he separated the races shows that he did not intend for the races to mix."

At the US supreme court, the state of Virginia compared interracial marriage with polygamy and incest – just as Republican hopeful Rick Santorum has done regarding same-sex marriage.

In 1971, when a American Civil Liberties Union lawyer argued the case for a gay couple's right to be married before the Minnesota supreme court, one judge turned his chair around and refused to look at him. The court rejected the case unanimously, citing the book of Genesis to support its decision. Religion is still the principal argument against gay marriage, and religious people are still those most likely to oppose it. Another Pew survey shows three in four white evangelicals are opposed to gay marriage (it's the only religious demographic where support for gay marriage did not increase between 2010 and 2011); that's roughly the same proportion as those who support gay marriage who are religiously unaffiliated.

Second, the campaigns to prevent these marriages are often rooted in repression and personal hypocrisy for crude electoral gain. During the Jim Crow era in the South, the issue was not whether black and white people could mix, in bed or elsewhere, but on what basis. White men slept with black women all the time, often by force. Strom Thurmond, who ran for the presidency in 1948 as a segregationist, fathered a black daughter in 1924. In the fifties, while he was Alabama governor, Jim Folsom highlighted the hypocrisy when campaigning in the "black belt" between Montgomery and Selma, where opposition to integration was strongest, pointing out that the large number of mixed-race people in the area didn't come from nowhere. "I want you to know that the sun didn't bleach 'em."

In a later gubernatorial campaign, he asked why white people were getting so worked up about the sacredness of segregation, when it looked to him as though there was "a whole lot of integratin' goin' on at night."

In a similar vein, Ken Mehlman, the head of the Republican National Committee in 2004, who helped put gay marriage bans on the ballot to rally the party's base in a presidential year, came out himself as gay in 2010. Ted Haggard, the Denver preacher who railed against gay marriage and "lifestyle" turned out to be visiting a gay prostitute on the side.

Finally, some of the same arguments, and even same statutes that were used during Jim Crow, are being used today to prevent gay marriage. In 1913, when Massachusetts was one of just a few states allowing interracial marriage, the state passed a law to prevent clerks from issuing marriage licenses to couples whose unions would not be legal in their home states. After the Massachusetts supreme court allowed gay marriage in 2004, the governor tried to resurrect that law, in order to stop gay couples coming from all over the country to get married there. His name? Mitt Romney. In order to kick the issue into touch, some Democrats – including, to his shame, President Obama – have refused to acknowledge gay marriage as a universal matter of equality; instead, saying it is an issue for each individual state. That is exactly the same argument that those supporting the slave trade made before the civil war.

Doubtless, there are some who will still deny the connection. But Mildred was not one of them. In 2007, 32 years after Richard's death, Mildred (who herself died the next year) released a statement in support of same-sex marriage.

follow on twitter
RT @BernardineEvari: Please follow the groundbreaking online #MuseumofColour UK, founded by the unstoppable Samenua Sesher. The 1st gallery…
RT @EthnicityUK: Gary Younge is interviewed by @sonikkalogan about his work on racism and gun violence in @the_hindu #DataPoint podcast. h…
RT @thefreedomi: 🚨 NEW: Saudi women’s rights activist & academic Salma al-Shehab was sentenced to 34 years in prison + 34 year travel ban f…
RT @LRB: #DawnFosterForever! On Thursday 15 September at the @LRBbookshop, @BizK1, @piercepenniless, Lynsey Hanley and @garyyounge will d…
RT @ShowunmiV: This is how we support Black women and girls https://t.co/8YmgV21zHo
RT @sonikkalogan: It's #DataPoint Pod Thursday! In this week's episode, I talk to @noraneus, @garyyounge and @Casey_J_Wooten about the U.S.…
RT @bgnoiseuk: Next month, @LRBbookshop will host an event to celebrate the life and work of Dawn Foster with @BizK1, @piercepenniless, Lyn…
Help me Twitter. The quote: ""You can cut all the flowers but you cannot keep Spring from coming." is most commonly… https://t.co/Xs7JkiOEd5
RT @the_hindu: #DataPoint | This Thursday, @sonikkalogan takes a look at the #US gun violence epidemic, as mass shootings continue to grow…
City workers get double-digit wage rises while lowest-paid see 1% increase - “Them’s the breaks” https://t.co/XeVyG72iA5
© Gary Younge. All Rights reserved, site built with tlc
Can you buy avalide over the counter usa Buy keflex pill How much does cardizem cost per pill Voltaren street price Can i buy cellcept Arava online india Buy cheap meloxicam Where to get zocor pills How much does generic lumigan cost Where to buy generic adcirca