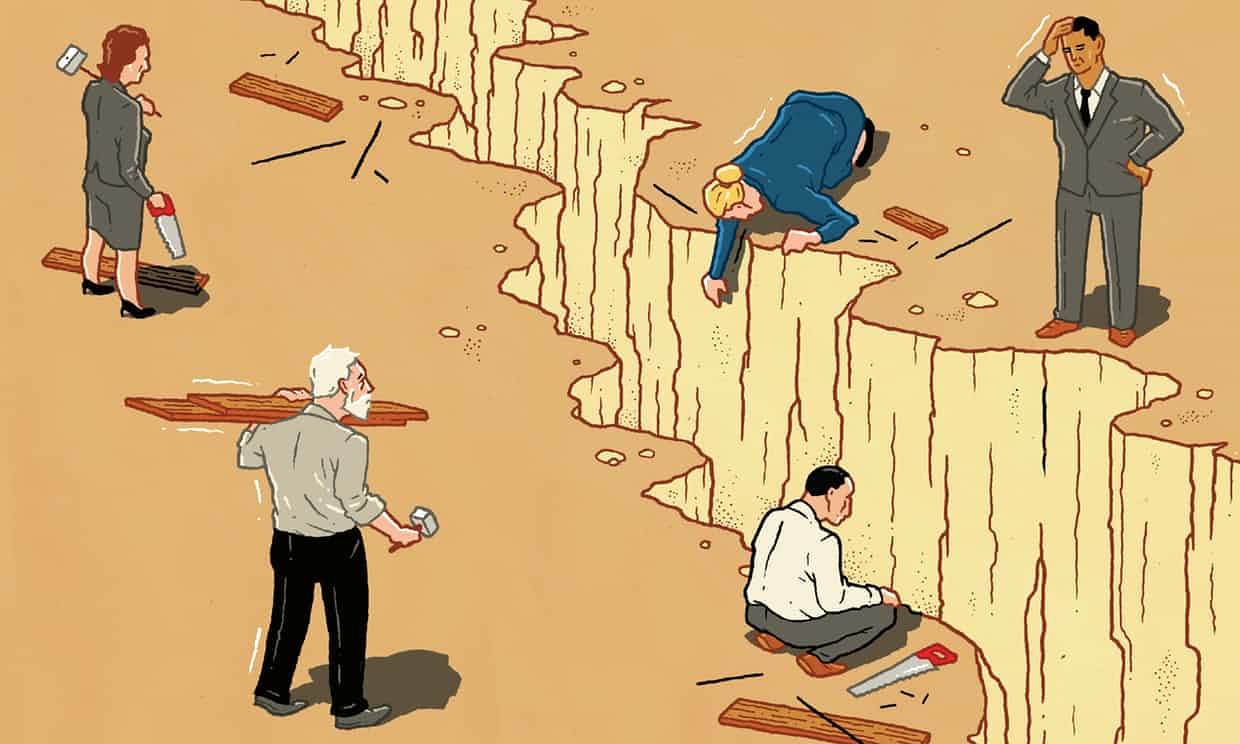 In 1987 the left activist and academic Hilary Wainwright wrote a book called Labour: A Tale of Two Parties, in which she outlined its two competing strands. On one side was the Labour establishment that thrived on a top-down leadership model with an almost exclusive interest in electoral success, as though government were an end in itself. On the other was a grassroots contingent with one foot in the party and one in broader social movements, more interested in the kind of fundamental societal transformation that parliament alone cannot deliver.

The former prides itself on its pragmatism – the capacity to engage with the world as it is rather than as it would like it to be, so it can get into power in Westminster and produce incremental improvements that might make a difference to large numbers of people. The latter is guided by its activism – mobilising communities to challenge the distribution of power itself, so that it can effect change that is more thorough-going but may also be less immediate.

Now Jeremy Corbyn has romped home to an even more emphatic win than he did last year, these two traditions need to return to their respective founding principles if they are to coexist productively. Both are failing on their own terms. And that failure is costing the party and the country dear.

Both sides are not equally to blame. Unable to either accept Corbyn’s mandate – which was resounding the first time round – or present a credible alternative candidate or programme to replace him, the parliamentary party has mistaken petulance for politics. They have now ended up handing a leader they loathe an even greater mandate than he had before. They used to blame the hard left for spending more energy fighting its own side than the Tories; curiously they do not notice that same trait in themselves.

Nonetheless, serious questions remain about Corbyn’s capacity to fulfil his parliamentary role, both managerially and in how he is performing. Some were prepared to work with him and became disillusioned – goodwill, already a rare commodity in Westminster, was squandered. We have yet to see what his leadership would look like if he wasn’t taking fire from his own side. He has won the right to be accepted as leader, although serious doubts remain about his ability to do the job, and he will have the benefit of none of them.

Principle and pragmatism are not mutually exclusive, and neither side owns a monopoly on either

But while the two wings do not share equal blame for past mistakes, they are equally responsible for the future. This sometimes fragile and perennially fractious coalition has held for as long as it has because the relationship has been symbiotic – and it has the potential to remain so, even as the balance between the two sides has reversed this last year.

Principle and pragmatism are not mutually exclusive, and neither side owns a monopoly on either. Political parties do need to win elections, but they are more likely to do so if they stand for something more than just power. There are genuine political disagreements here that cannot be ignored. But there are also real strategic opportunities if both sides are able to raise their game. 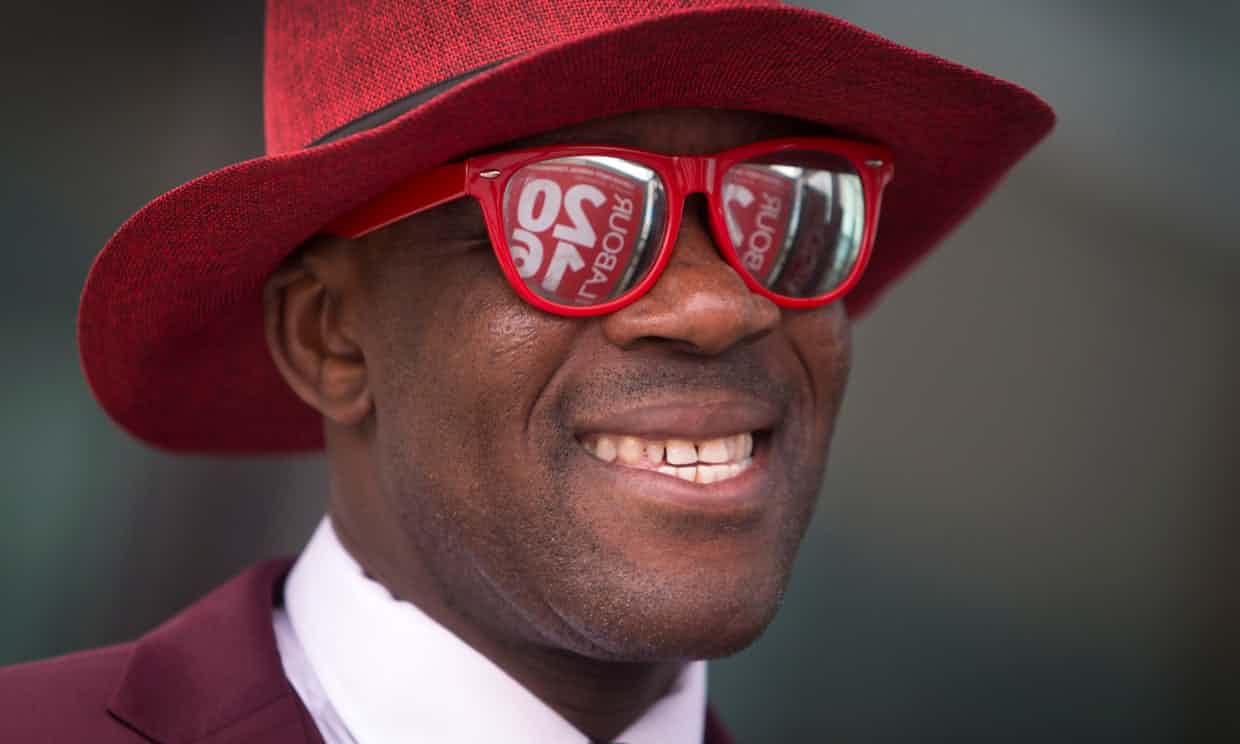 ‘If everything the left has long said about the vested interests in the media, Westminster and the City is true, then it must come up with a strategy to circumvent or challenge them.’ Photograph: Danny Lawson/PA

The Labour right has always claimed its core impulse was “realism”. There are a number of things we’d like in an ideal world, they’d argue. But the world is not ideal. It is no good simply blaming the electorate for not voting for us, we must meet the people where they are and bring them with us. They now need to apply this same logic to the Labour party. The reality is that Corbyn is overwhelmingly the party’s choice. That choice represents something beyond him personally. It suggests a disaffection with business as usual in Westminster, a desire for a more ambitious policy platform, a sense of ownership over a party that has taken their loyalty for granted. A year has been wasted refusing to accept that reality in the hope that reality itself would change. It hasn’t. The party’s right have thrown everything they’ve got at Corbyn. Not only is he still standing, he’s now standing taller than he was before.

Often, as they explained why he had to go, Corbyn’s opponents would invoke their love of the party as their guiding motivation. That is touching. But they run the risk of loving it to death. The Labour party is not an artefact. It has people in it, and as such, is a living organism that is constantly evolving. They don’t have to agree with Corbyn’s supporters, but if that love means anything they’ll take the trouble to listen to them.

But if the party’s right should cease whining the left should not start crowing. Corbyn has won again, but he has yet to do much with the first victory. The Labour left has always insisted that the party establishment too readily caved to the Tory orthodoxy on economic and social issues, rather than creating a more compelling narrative that benefitted the many rather than the few. Supported by the social movements it sought to galvanise outside parliament, it claimed it could create a more progressive consensus for a less alienated electorate.

The left must now live up to its promise. Last year Corbyn stood to shift the debate and make a point. The debate has shifted, the point has been made. Having enthused huge crowds around the country the left must now do something with that energy beyond rallying them for his election. Having dismissed austerity and militarism, it must evoke some new viable future that has popular appeal. If everything the left has long said about the vested interests in the media, Westminster and the City is true, then it must come up with a strategy to circumvent or challenge them. In short, it must take itself more seriously.

It is true that elections are often won in the centre – but the centre is not a fixed point. It shifts, buffeted by the prevailing political winds. The Tories are vulnerable. The Brexit referendum revealed their base is also in revolt, and their U-turns on disability payments and tax credits show they have a tin ear for the public mood. Currently they are more vulnerable to their own hubris than to the opposition. But that could change. They can be beaten.

Whether Labour can beat them under Corbyn remains to be seen. Anyone who predicted four years ago that Britain would be heading out of Europe, Corbyn would be leading Labour, or that the party would have just one MP in Scotland deserves a deferential hearing about how the 2020 general election will play out. Everyone else should approach the current volatility in British electoral politics with more humility.

One thing that is certain is that Labour can’t win if they carry on as they have for the past 12 months. On Saturday the party confirmed the decision it made last year. Respecting that decision is not just a matter of good faith, it is also good politics.