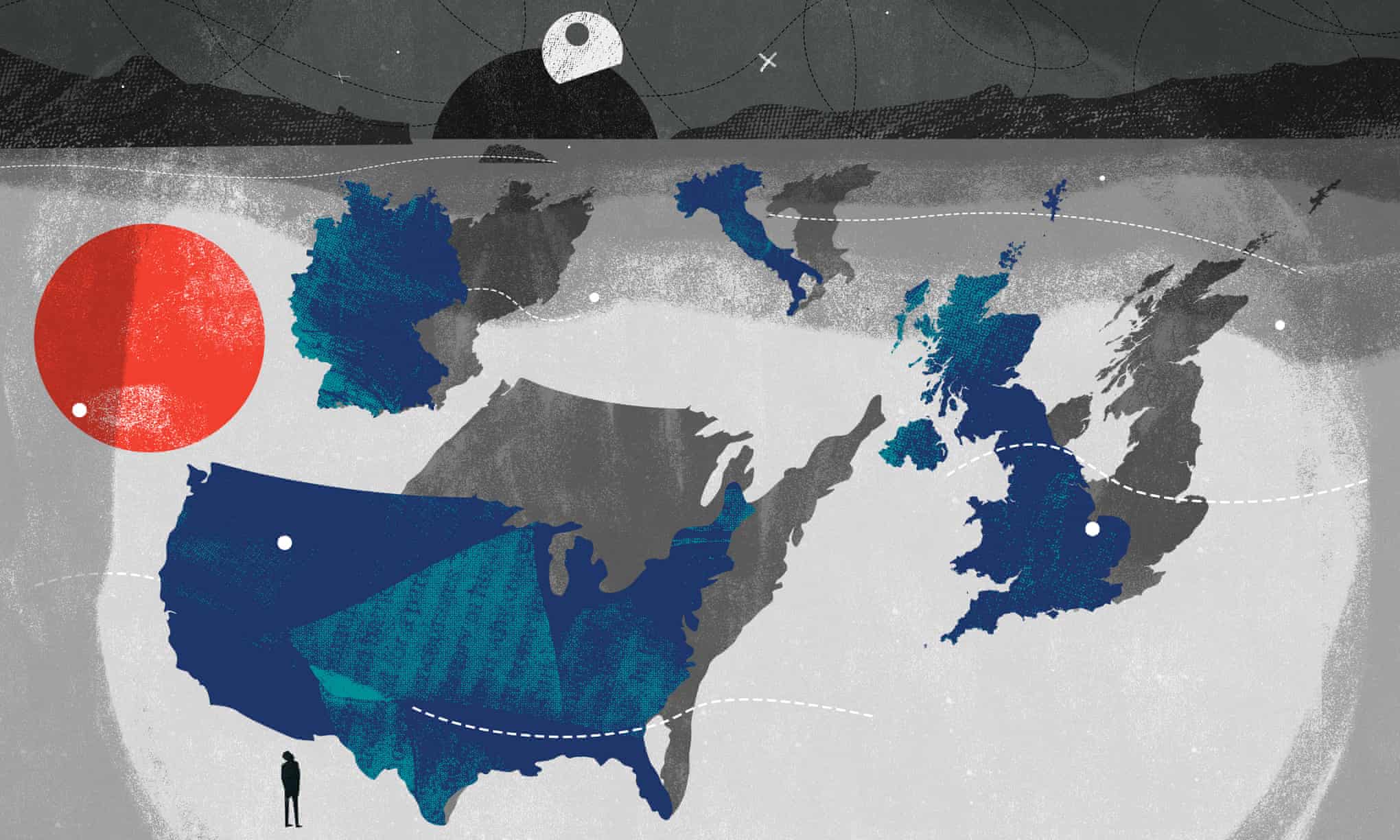 Our glorious past is what we remember. The brutality behind it we’ve forgotten
The Guardian,
Illustration: Nate Kitch

Immediately after the second world war, German people were required to watch documentaries about the horrors of the concentration camps before they could get their ration cards. But the fact that they went, Tony Judt points out in his book Postwar, didn’t mean they actually watched. “In the half-light of the projector, I could see that most people turned their faces away after the beginning of the film, and stayed that way until the film was over,” wrote the German author Stephan Hermlin many years later. “Today I think that turned-away face was indeed the attitude of many millions.”

As a German government official, surveying the 20% rise in antisemitic hate crimes in his country, advises Jews not to assume they can wear the kippah “everywhere, all the time, in Germany”, and an Italian far-right party tops the poll for the European parliament, we would do well to reflect on the corrosive impact of such determined “forgetting”. These memories need to be recovered not only to honour those who have perished or suffered only to find their experiences discounted and discarded: it is crucial for the moral potential and political vitality of the perpetrators too. It is simply not possible to deliberately “forget” the terrible things you have done and then expect to proceed as though they did not happen, and nobody noticed, just because you have chosen not to remember.

Unchecked and uncorrected, for the sake of convenience and comity, these heavily redacted tales of how we got here and who we are return as slogans on baseball caps and billboards. If you have no idea what “greatness” means or how it was acquired, then of course you want to “Make America Great Again” or “Put the Great back into Great Britain”.

As such, the “battle against intolerance, prejudice, xenophobia and the manufacture of distrust and disunity”, which Gordon Brown described yesterday on these pages, is not a “new battle for Britain”. It’s actually the same battle that has been fought over decades. It is important to understand that people of all races have resisted bigotry in this country. It’s no less important to understand that they have not been simply combating bad people but a bad system, that they have not always won – and that this system still exists. 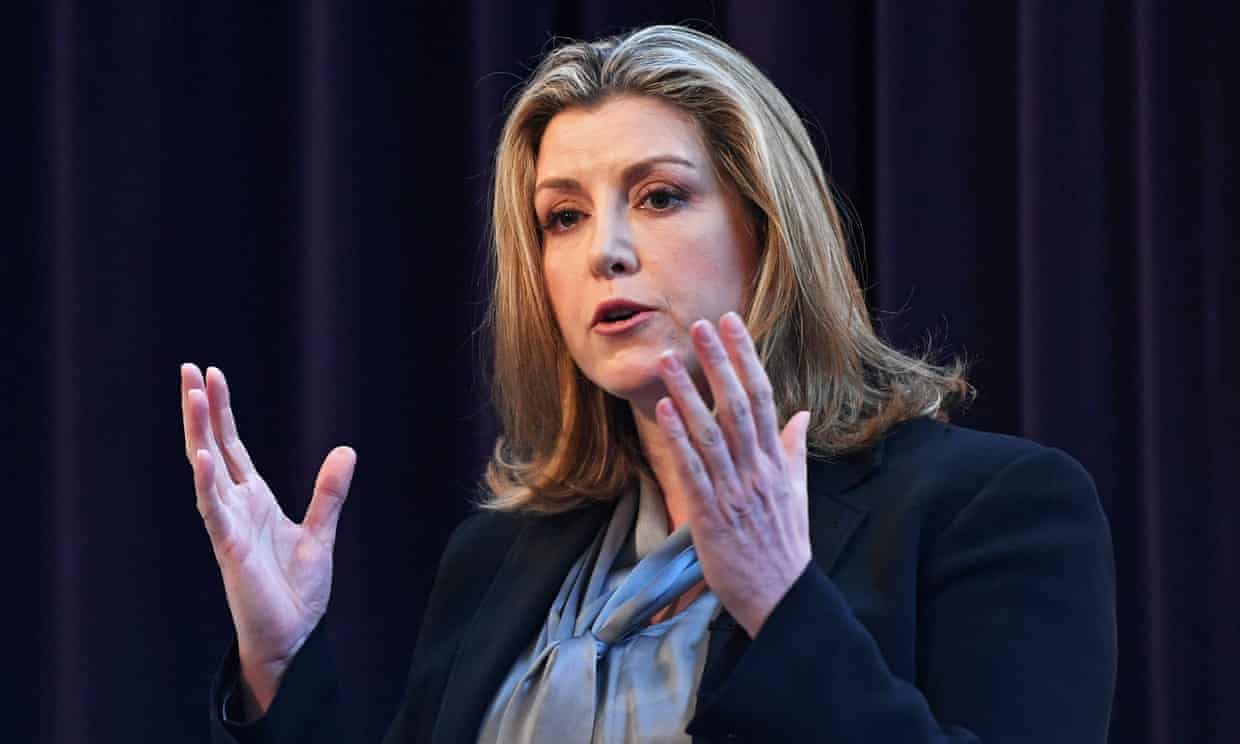 ‘The British defence minister, Penny Mordaunt, has pledged to effectively place a 10-year statute of limitations on crimes committed by soldiers at war.’ Photograph: Facundo Arrizabalaga/EPA

“The essential characteristic of a nation is that its individuals must have many things in common,” wrote the French philosopher Ernest Renan. “And must have forgotten many things as well.” But they do not forget passively or at random. Things do not simply slip our mind. They are actively, wilfully, determinedly, selectively, purposefully buried. The issue is not one of time. When needs be, we can reach all the way back to 1066, the last time Britain was invaded, to make sense of who we are and what we do. But somehow the atrocities in the Kenyan detention camps in the 1950s, our complicity in the Bengal famine in 1943 or, even more recently, the Iraq war elude us.

Our collective sense of responsibility for and engagement in these moments is similarly fickle. People say, “We won the war”, even if they didn’t fight, or “We won the World Cup”, even if they didn’t play. Indeed, one needn’t even have been born to identify with the triumph in question. The “we” is implicitly understood as an embrace. It spans time, place and agency. But few will ever say, in a similar vein: “We raped people” or “We massacred people”. For then, “we” is understood as an accusation. In these moments, individuality becomes the ultimate alibi. “What has that got to do with me? I wasn’t even alive then.”

Even when these atrocities occurred relatively recently, individuals insist on implausible deniability. When interviewing perpetrators of the Rwandan genocide, Jean Hatzfeld noticed the men would not admit to participating until the line of questioning shifted from the informal, singular tu to the plural, formal vous. “Although each one is willing to recount, on his own, his experience of the genocide,” he noted, “they all feel the need to hide behind a more diluted syntax.” And so it is that power and glory has many parents while the brutality it takes to acquire and sustain it generally remains an orphan.

“My great fear is that we are all suffering from amnesia,” the Uruguayan writer Eduardo Galeano once told me. Who, I asked, is responsible? “It’s not a person,” he explained. “It’s a system of power that is always deciding in the name of humanity who deserves to be remembered and who deserves to be forgotten.” 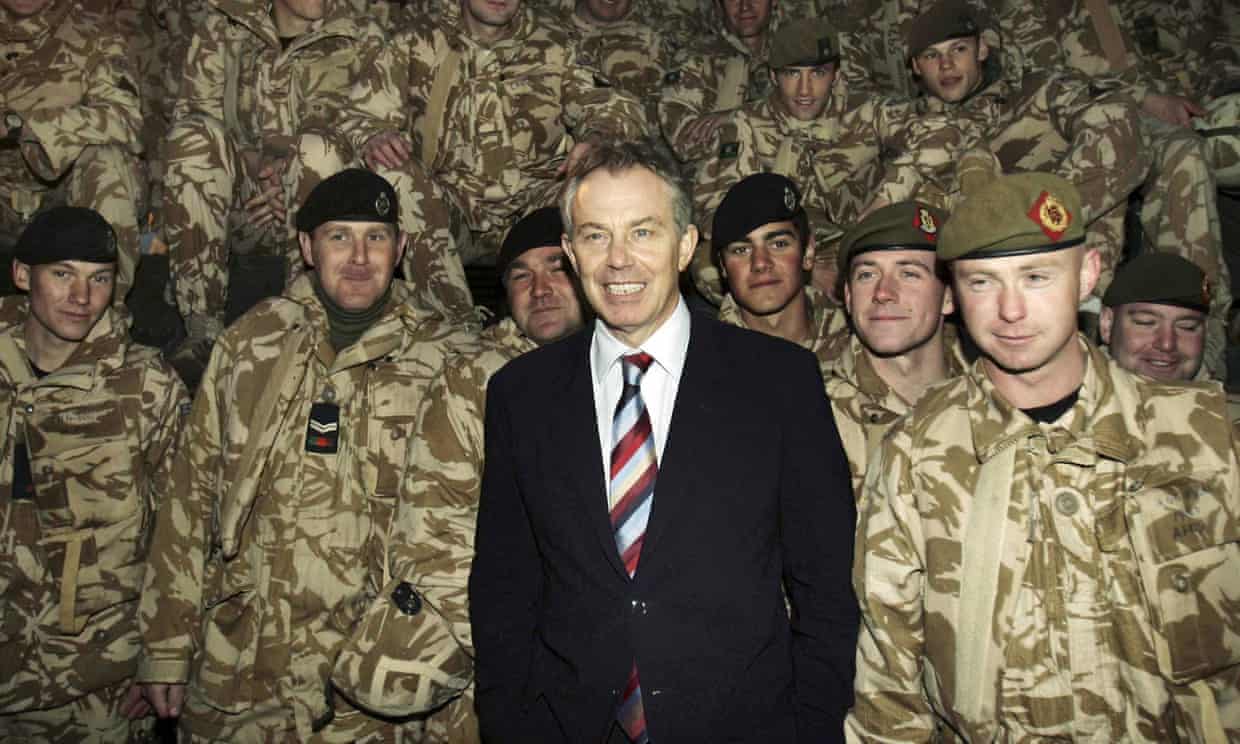 ‘Somehow, Britain’s recollection of the atrocities in the Kenyan detention camps in the 1950s, our complicity in the Bengal famine in 1943 or, even more recently, the Iraq war, eludes us.’ Photograph: Peter Macdiarmid/Getty Images

That system has been working overtime recently, on both sides of the Atlantic, where both nations moved to exonerate war crimes or criminals. Two weeks ago, the British defence minister, Penny Mordaunt, pledged to effectively place a 10-year statute of limitations on crimes committed by soldiers at war, with the exception of Northern Ireland. This would introduce an amnesty for veterans of the Iraq and Afghanistan wars who may have committed war crimes. She also advocates opting out of the European convention on human rights in future armed conflicts. Prosecutions of cases more than 10 years old would only be allowed in “exceptional circumstances”, where compelling new evidence has emerged. One would have thought that killing and torturing innocent civilians in a foreign land you have illegally invaded would be “compelling” enough. Apparently the courts will be looking for something a bit more “exceptional” than that.

Earlier this month in the US, meanwhile, Donald Trump pardoned Michael Behenna, the soldier convicted of murdering Ali Mansur, an Iraqi detainee, in 2004. Mansur was arrested and bound and blindfolded as he was questioned about planting an improvised bomb that killed two of Behenna’s platoon. On Mansur’s release Behenna was supposed to take him home, but instead took him to a secluded area, stripped him naked and shot him dead, later claiming Mansur had made a lunge for his gun.

Behenna had already been treated incredibly leniently – his original 25-year sentence was reduced to 15 on review and then he was released on parole after five years. Not bad for a cold-blooded murder. But that wasn’t enough for Trump. White House spokeswoman Sarah Sanders said he had been a “model prisoner”. Mike Hunter, the attorney general of Oklahoma, where Behenna lives, said: “My hope is that Michael and the rest of his family can rest easy this evening knowing they can put this tragic situation behind them.”

One can only assume that Mansur’s family are not sleeping quite so soundly. Amnesia is the privilege of the powerful; but one way or another, we all must live, and die, with the consequences.