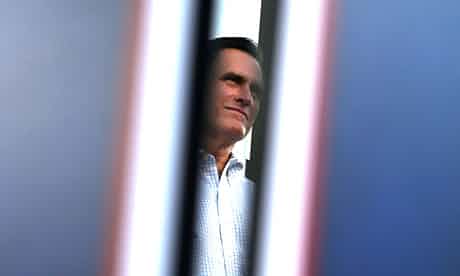 "Politics is theatre," said the late Harvey Milk. "It doesn't matter if you win. You make a statement. You say, 'I'm here, pay attention to me.'"

There is nothing quite as self-consciously theatrical as a presidential-nominating convention. Once a place where candidates were actually chosen, platforms hammered out and debates hosted, they are now little more than infomercials, with all the nutritional content and social value of a TV microwave dinner for one.

At a time when Americans are increasingly disenchanted with their mainstream political culture, this is the two big parties' quadrennial opportunity to hog primetime, cover it with confetti, bury it in balloons and say: "I'm here, pay attention to me."

But the political function of conventions has withered in inverse proportion to its electoral importance. Because nothing is decided, everything can be curated. Its role is no longer to chose a nominee but to display them; not to engage in politics but perform it. After a gruelling primary and deluge of negative ads, it's a party's single best chance to reintroduce their candidate on their own terms.

That would describe Mitt Romney's journey to Tampa thus far. Despite a huge monetary advantage against a weak and eccentric field, he struggled to stamp his authority on a race against opponents who should have been rounding errors.

Since then, there has been an onslaught of ads from the Obama campaign that have turned what he believed to be his principle strength – his business experience – into a weakness.

The upshot? People don't much like him. Given any polling metric on favourability – "Does he understand the concerns of people like you", "Is he in touch with average Americans" – he both fails and trails.

The fact that Democrats don't like him is to be expected. As one Democratic CNN contributor put it: "There are moments in some of Romney's speeches in which he comes across like the guy who doesn't wave when you let him into traffic, because in his mind, he was able to merge on his own … Few people ever like that guy."

The problem is Republicans don't like him much either.

The task of the Republican establishment in this primary is as straightforward as it is tough. They have three days, weather permitting, to authenticate Romney. They have to transform him from a political candidate into a likeable person people can relate to; to convince the public that he is more than the sum of his calculations; to turn a resume into a human story; to make flesh from wood. To turn the first viable Mormon presidential candidate into a person Americans would like to have a beer with.

This challenge exists on two fronts. The first is ideological and is primarily an issue for Republicans. Over the years he has taken a number of positions at odds with the GOP's new conservative orthodoxy. He has been pro-choice, pro-cap and trade and introduced the blueprint for Obama's healthcare plan in Massachusetts. After four years of careering to the right and vowing no compromises the Republicans have ended up with a candidate with a record to the left of some Democrats.

Put bluntly, many do not trust him because they do not believe that in his gut he is a devout conservative. There is no real solution to this. What is done is done. He can only hope that the selection of Paul Ryan fires up the base and that those not excited by him are sufficiently repelled by Obama to get to the polls.

The other is personal and an issue for everybody. He is incredibly stiff, particularly when compared to Barack Obama. He's been running as a CEO and to many that's precisely whom he reminds them of. Not their leader but their boss. As Mike Huckabee observed in 2008, "People would rather elect a president who reminds them of the guy they work with, not the guy who laid them off."

There is no easy solution to this either. The problem is not just that he's too scripted. It's that when he strays from the script things get worse. That's when he starts offering primary opponents $10,000 bets, talking about his friends who own Nascar teams and boasting that his wife has "a couple of Cadillacs". Each time he reminds people not only that he's a very rich man – which is not a big problem in American politics – but that he has a tin ear for the sensitivities of an electorate struggling through a deep recession.

In an election where most people have already made up their minds and there are few real undecideds, there is only so much Obama-bashing can really achieve. The convention organisers must find a way to either write him a script in his own voice that makes him look comfortable in his own skin or to teach him how to go off script without losing the plot. All the time the string of surrogates must vouch for him as a man of principle and colour in the spaces of his personal story beyond business without going outside the lines.

In March Romney's campaign adviser Eric Fehrnstrom was asked if the candidate was being pushed too far to the right. "Well, I think you hit a reset button for the fall campaign," he said. "Everything changes. It's almost like an Etch A Sketch. You can kind of shake it up and restart all over again."

The hurricanes are here. Summer is drawing to an end. His opponents have drawn him as Forrest Gump. When the shaking is done his handlers have to turn him into Tom Hanks. Let the show begin.