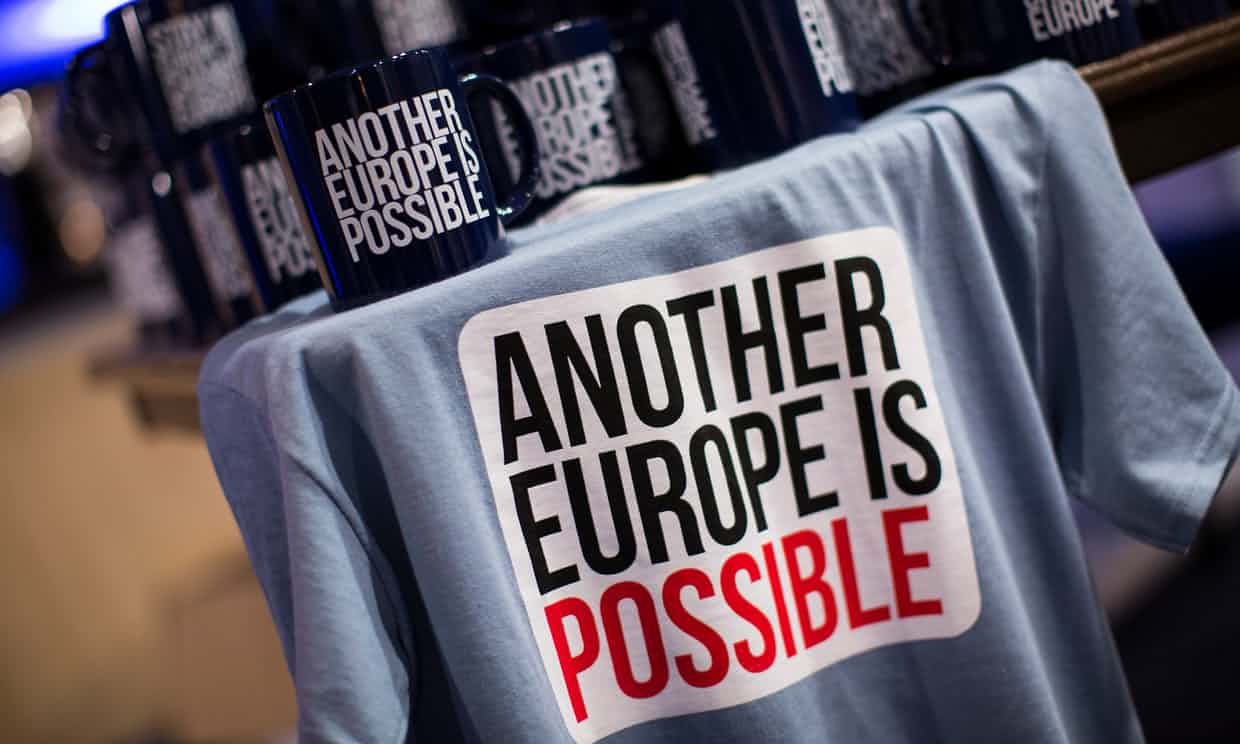 Ridiculing Brexiters is a sure way to lose the argument for staying in the EU
The Guardian,
Photograph: Jack Taylor/Getty Images

If, come 24 June, the liberal establishment should wonder what could have possessed voters to be so stupid and small-minded as to vote to leave the European Union, they could do worse than ponder whether they didn’t win people over precisely because they treated them as “stupid” and “small-minded”.

It seems to have become an article of faith among many of those who wish to remain in the EU that there is not a single valid argument for wanting to leave. In their limited political imaginations their opponents are worthy only of ridicule. Captain Mainwaring in a Ukip blazer, Mrs Slocombe clutching a flag on St George’s Day: reference points so antiquated young people could never relate to them, throwbacks from the Formica years, class-ridden cliches from central casting. The arguments for staying in, it seems, are so self-evident they are barely worth making; the arguments for leaving are so obviously flawed they are barely worth taking seriously. Those who cannot be convinced deserve to be disparaged.

“In this camp we are the reasonable people,” says Labour’s in-chairman, Alan Johnson. “I think in the leave side they are the extremists on this.” The former deputy prime minister Nick Clegg said the referendum represented a choice between “Great Britain or Little England”.

As an electoral strategy this is clearly wrong-headed. You cannot persuade people by ridiculing them; you cannot allay their concerns by ignoring them. If this wasn’t already clear to those who lay themselves at the mercy of the voters every five years, you’d have thought Jeremy Corbyn’s election as Labour leader would have hammered it home. Tony Blair, and others, belittled those thinking of voting for Corbyn as people “who disdain government” and engaged in “Alice in Wonderland” thinking and then were stunned that the people they had insulted didn’t flock to their corner.

This would be an easier case to make if the entire referendum hadn’t been reduced to an internal spat within the Tory party that has pitted the fundamentalism of the market (we must remove barriers for business) against the fundamentalism of the nation (we must erect barriers against people). When Boris Johnson evokes Hitler and Michael Gove suggests Britain follows in Albania’s footsteps they do not engage but entertain.

But the issues raised by this referendum are bigger than the Tory party, its internal power plays and its oafish buffoons. They go to the essential questions of the role of the nation state in the neoliberal age: the capacity for democratic engagement under globalisation, and the ability of a continent once riven by war and genocide to keep the peace. These are not questions to which there are simple answers. Whether we vote yes or no, they will continue to challenge us and everyone else. 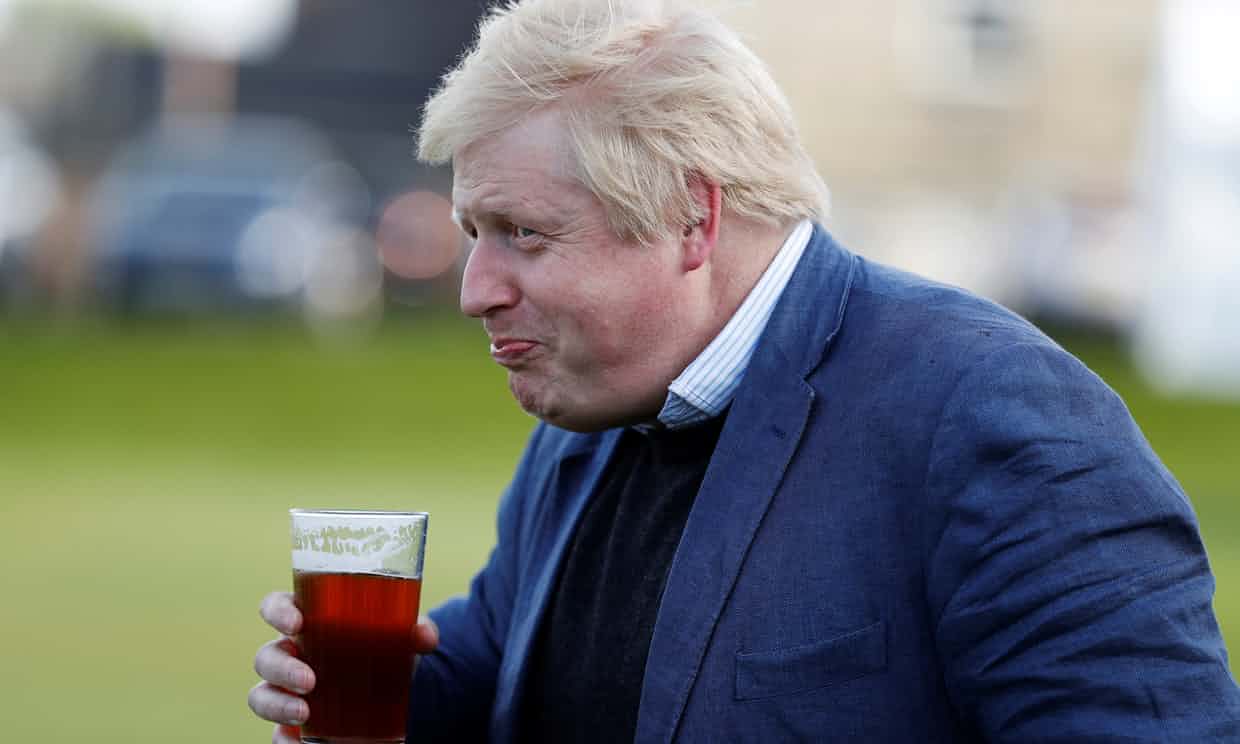 ‘When Boris Johnson evokes Hitler and Michael Gove suggests Britain follows in Albania’s footsteps they do not engage but entertain.’ Photograph: Phil Noble/Reuters

Globally, the crisis in immigration won’t be solved by tougher laws and more lethal border guards because migration is not primarily being driven by people deciding they would, on balance, rather live in one place than another, but by people forced to flee their homes because they cannot live at all. The US cannot control its borders; nor can Turkey or Pakistan. None of them are in the EU. Regionally, while immigration from eastern Europe could be stopped, it could not feasibly be reversed by diktat. So long as capital can roam freely in search of labour, labour will move in search of work. There is now a net flow of Mexicans leaving the US, not because of the escalation in deportations under Barack Obama but because the US economy has been so weak. If Donald Trump did get to build his wall along the Rio Grande it would, for the time being, actually keep people in. And none of this would have much impact on terrorism.

The most recent heinous terrorist atrocities on the continent have nothing to do with immigration. They were for the most part committed by EU citizens who were born and raised here. Indeed with the number of young people heading to Syria, Pakistan and elsewhere for training and military engagement we are probably a net exporter of terrorists, not an importer. If ending immigration were really the answer to terrorism we should lobby Syria, Turkey and Pakistan to tighten their borders against Britons.

I choose the ditch that offers free movement of people, limited labour protections and a court of human rights

The issue of sovereignty is similarly complicated. Greece last year brutally illustrated the limits of national democratic power when confronted by blunt, regional economic force. Greeks voted for a party that was against the bailout. Then they voted in a referendum to reject the terms of the bailout. Then Greece was forced to accept the terms anyway. While this was more a crisis of the euro than the EU, the two are intertwined and the essential contradiction remains glaring: it doesn’t matter who you vote for, capital gets in.

But once again, this issue isn’t settled by staying in or out of the EU. Capital currently has the run of the planet. In the three months between the Workers’ party in Brazil winning the election in 2002 and taking office, the currency plummeted by 30% and $6bn left in hot money. Any radical South American or African leader would face similar challenges, as would a Britain under Corbyn whether we were in or out

I have yet to meet someone who supports remain who will not concede that the EU is remote, elitist and profoundly undemocratic. This is no minor point, even if it is generally brushed off as the price you pay for doing business in a multilateral institution.

All of which is to say there are real issues at stake here. There is a real debate to be had. It is not a battle between cosmopolitans and internationalists on one side and bigots and bumpkins on the other, though there is something to that. Indeed it could just as easily be framed as a vote between bankers and bureaucrats against democrats and anti-capitalists, since there is something to that too. In the absence of a broader challenge to the neoliberal order, simply voting yes or no is tantamount to choosing a ditch to die in. I choose the ditch that offers free movement of people, limited labour protections and a court of human rights, and will vote remain. I make no great claims for that ditch – how can I, when I share it with David Cameron and George Osborne? But I’m not in it so deep that I can’t see that there’s a valid argument on the other side.