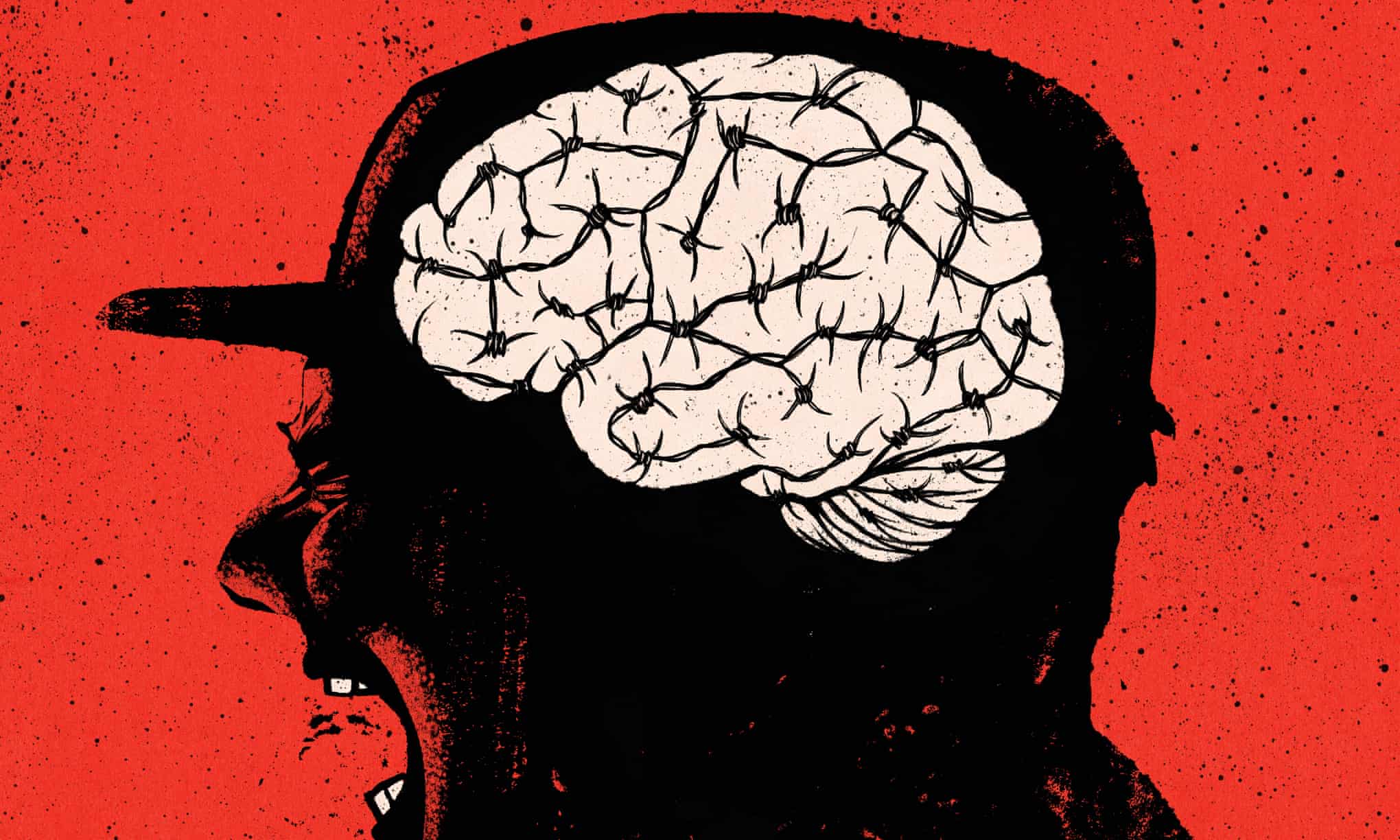 Shocked by the rise of the right? Then you weren’t paying attention
The Guardian,
Illustration: Ben Jennings/The Guardian

The morning after both Donald Trump’s victory and the Brexit referendum, when a mood of paralysing shock and grief overcame progressives and liberals on both sides of the Atlantic, the two most common refrains I heard were: “I don’t recognise my country any more,” and “I feel like I’ve woken up in a different country.” This period of collective disorientation was promptly joined by oppositional activity, if not activism. People who had never marched before took to the streets; those who had not donated before gave; people who had not been paying attention became engaged. Many continue.

Almost three years later the Brexit party, led by Nigel Farage, is predicted to top the poll in European parliament elections in which the far right will make significant advances across the continent; Theresa May’s imminent downfall could hand the premiership to Boris Johnson; Trump’s re-election in 2020 is a distinct possibility, with Democratic strategists this week predicting only a narrow electoral college victory against him. “Democrats do not walk into the 2020 election with the same enthusiasm advantage they had in the 2018 election,” said Guy Cecil, the chairman of Priorities USA, the largest Democratic political action committee.

Elsewhere, exit polls suggest Narendra Modi, the reactionary Hindu nationalist leader of India implicated in a massacre in 2002, will enjoy a landslide victory.

Sooner or later progressives are going to have to stop being stunned by these electoral defeats. The first time, it is plausible to ask, “How could this possibly happen?” But when that possibility recurs in relatively short order, what once presented itself as a shock has now curdled into self-deception. It turns out that the country you woke up in is the precisely the one you went to bed in. If you still don’t recognise it then you are going to have real problems changing it.

There are any number of lessons we might draw from this moment – for instance, the fact that our capacity to stage marches has outpaced our ability to build effective movements or the media’s efforts to maintain credibility. We are in a period during which facts are devalued, and appearing on a political show has more worth than answering any questions on that show.

There are many differences between the places I’ve mentioned, but for now I’d like to focus on one thing that unites them: that the countries which keep producing these shocks are every bit as racist, xenophobic and discriminatory as their voting habits suggest. This is not some new virus; it’s a susceptibility to a chronic illness that has crippled us for years. Ethnic and racial plurality and migration as a lived experience are older than any nation state, but equality is a relatively new idea, and some don’t like it. People forget how recently African Americans couldn’t vote, and that Winston Churchill told his cabinet “Keep England White” was a good campaign slogan.

These electoral victories are, largely but not exclusively, the products of those age-old prejudices: not because everyone who voted for them was racist, but because all the racists who did go to the polls voted for them. The intensity of that racism is now growing, as the victors use their podiums and despatch boxes to amplify their bigotry, giving confidence and licence for people to spread their poison. Take Britain. In January 2016, 64% of people from an ethnic minority said they had been targeted by a stranger. That’s before Brexit, and already terrible. That proportion rose to 76% this year. Things were bad. They are getting worse. 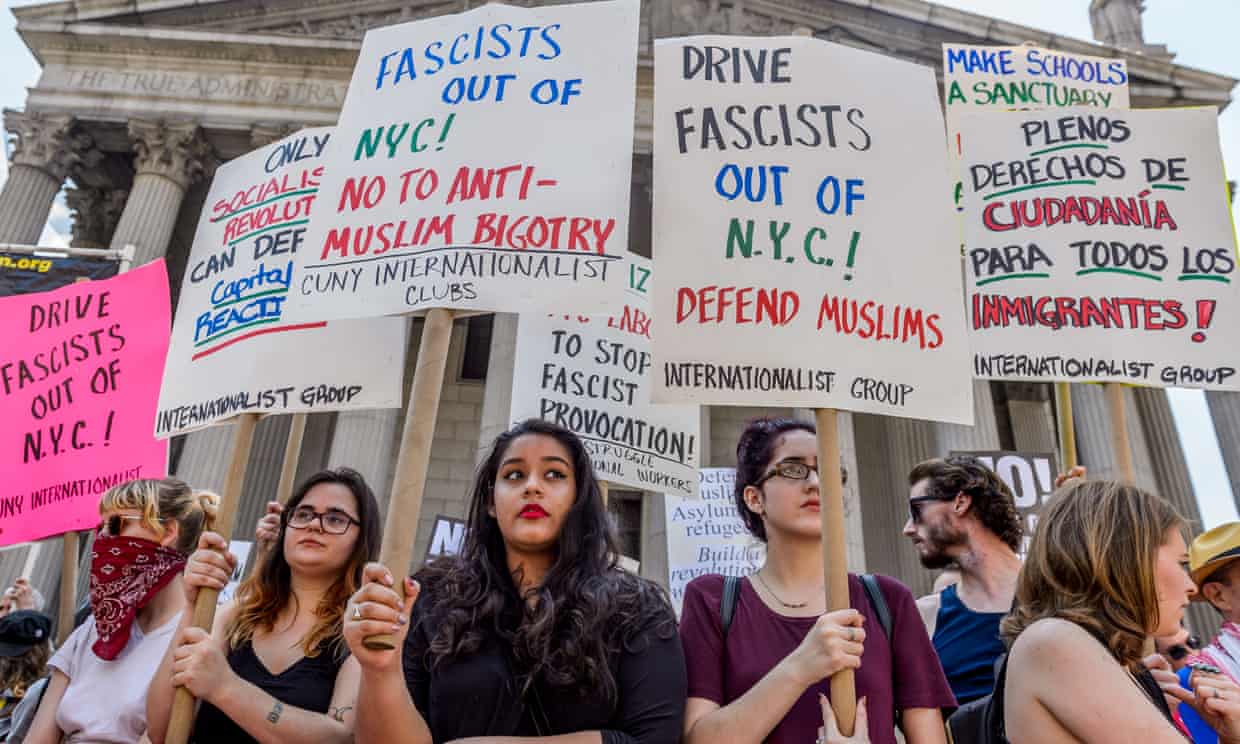 In the past, issues of race and racism were misunderstood by some liberals as a sectional interest – a bad thing that affected people of colour. It has taken this moment to make it clear that while these acts of discrimination – be they deliberate, unwitting, covert, overt, individual or institutional – did directly impact the black and the brown, they also undermined the whole of society. Racism was the wedge the enemies of cosmopolitanism and plurality used to prise open a broader cleavage that is dividing us all.

It’s not clear this lesson has been learned. Most, but by no means all, remain devotees I have encountered are far more fluent in the language of race accusation (pointing out the bigotry of the Brexiters) than in the anti-racist activism that would put a racially diverse and plural Britain at the heart of their worldview. Some would be happy if we went back to the way we were before we voted to leave. But that would mean returning to a place where two-thirds of ethnic minority people faced racial abuse. No wonder these second referendum marches are so white.

These rivers run deep – winding through empire, imperialism, caste, settlement, colonialism, white supremacy and beyond. That’s not all these countries are. Wherever there is bigotry you will find an impressive tradition opposing it and a potential audience willing to be weaned off it. A recent survey in the US, for example, revealed that one in seven Republicans agreed with the statement: “When it comes to giving black people equal rights with whites, our country has not gone far enough”.

There is no denying that bigotry, once embedded in a political culture, is difficult to excise. But it cannot be avoided for reasons of expediency and complicity either. That is in no small part how we got here: people who knew better eschewing “difficult conversations” because it would cost them votes.

Nor can racism be met halfway, any more than you can remove half a cancer and expect it not to grow back. Attempts to triangulate with weasel words about the “legitimate concerns” of “traditional voters” are dishonest. Concerns about high class sizes and over-stretched welfare services are obviously legitimate; blaming ethnic minorities for them is obviously not. Facilitating a conflation of the two and hoping no one will notice is spineless. It also doesn’t work. Those who dedicate their lives to racism are better at it, and will never be satisfied. Pandering does not steal their thunder – it gives them legitimacy.

There is precious little value in pointing out, once every four or five years, that racism is a problem if you are not advocating an agenda in the intervening time that posits anti-racism as a solution. In the words of the great white hope of Conservative electoral strategy, Australian Lynton Crosby: “You can’t fatten the pig on market day.” You can’t go around producing anti-immigration mugs, pathologising Muslims and demonising asylum seekers for a decade and then expect a warm a reception for open borders in the few months before a referendum.

Or, if you do, the very least you can do is not keep being shocked when you lose.