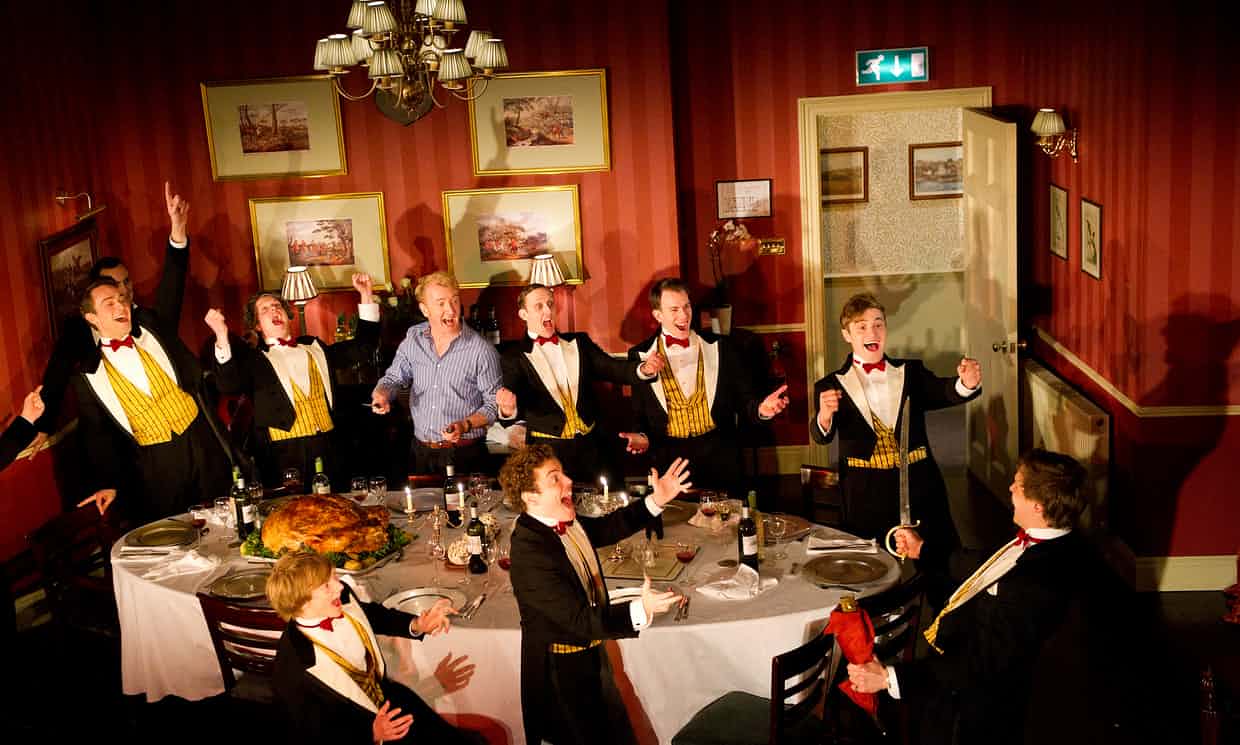 So Cameron was young and reckless. Lucky he wasn’t young, reckless and poor
The Guardian,
Photograph: Tristram Kenton for the Guardian

By the time the sun had risen this morning Twitter had run out of pig jokes. Allegations that the British prime minister, David Cameron, “put a private part of his anatomy” into a dead pig while he was a student had broken the internet. #Piggate is trending. Stories about Cameron’s allegedly excessive drug-taking and general debauchery in his youth were even momentarily eclipsed. People who were trying to imagine Jeremy Corbyn as prime minister suddenly found their political imaginations diverted to far baser images.

If Cameron does get a pass this will not be an entirely bad thing. Young people are supposed to be reckless. This is not simply a social and cultural process – a period when young people figure things out and have fun before settling down – it’s a physiological one. And its primary driver is not hormonal – though of course hormones have a lot to do with it. At that age our brains are actually changing.

“The brain is a collection of cells that communicate with one another using chemicals called neurotransmitters,” explains Daniel Siegel in Brainstorm, The Power and Purpose of the Teenage Brain. “During adolescence there is an increase in the activity of the neural circuits utilising dopamine, a neurotransmitter central in creating our drive for reward. Starting in early adolescence and peaking midway through, this enhanced dopamine release causes adolescents to gravitate toward thrilling experiences and exhilarating sensations.”

Put simply, young people are hard-wired to take risks and do daft things that they may one day regret. That’s OK. There’s really only so much maturity you can expect from someone who is not, in fact, fully mature. The trouble is the consequences for such transgressions vary so massively according to race, sex and class. The law is the law; but when the stakes are high and the odds are skewed, some people just don’t have the luxury to learn from their mistakes in the way that others do. Women are slut-shamed, poor kids get asbos, and poor black kids generally get locked up.

This is as true in the US as in Britain. For example, marijuana possession in much of America remains a felony. “Once you’re labelled a felon,” writes Michelle Alexander in The New Jim Crow, “the old forms of discrimination – employment discrimination, housing discrimination, denial of the right to vote, denial of educational opportunity, denial of food stamps and other public benefits, and exclusion from jury service – are suddenly legal.”

When George W Bush was questioned about rumours that he had used cocaine, he responded jokingly

But if, like Cameron, you’re rich, white and male, the consequences for such transgressions are likely to be minimal. When the former president George W Bush was repeatedly questioned on the campaign trail in 1999 about rumours that he had used cocaine and been a heavy drinker as a young man, he responded jokingly: “When I was young and irresponsible, I was young and irresponsible.”

And Cameron’s participation in the Bullingdon Club, an exclusive all-male dining club at Oxford University – notorious for throwing ostentatious banquets at which privileged students get very drunk in restaurants that they often then vandalise, before paying for the damage in full – is dismissed as youthful high jinks.

In a perfect world most of these things should not be barriers to high office or generally impinge on future life chances. People – particularly the young – should be able to make mistakes and move on. Personally, I think sticking your penis in a dead pig’s mouth is an odd thing to do. But odd is not a crime. The problem is, the world is far from perfect, and those who preach personal responsibility like to stake their moral position as far away from social context as possible.

Cameron will probably get away with this precisely because he is judged by different standards. This is what privilege looks like.

“Take a bunch of teenage boys from the whitest, safest suburb in America,” writes Jill Leovy in Ghettoside. “And plunk them down in a place where their friends are murdered and they are constantly attacked and threatened. Signal that no one cares, and fail to solve murders. Limit their options for escape. Then see what happens.”

Unlike Bush or Cameron, for many being young and irresponsible is a luxury they cannot afford. “You all keep sending me to jail,” said the Baltimore gang leader Steven Loney after being convicted of racketeering. Coney had a prolific criminal record, including assault with a weapon. (Far more serious than anything Cameron’s accused of doing, for sure; but then, the stakes in Baltimore and Bullingdon are different.)

“Jail is making me worse,” Loney told the judge. “You all can’t tell that. I ain’t been on the streets. I been locked up my whole life … they say I’ve been a substance abuser since I was 17. I’ve been locked up since I was 19 years old, your honor. From 19 to now, I’ve been home for a hundred and twenty days. The government never offer me no treatment. They never did nothing. They wonder why I still do stuff. You send me to the same problem. You sent me to Baltimore City Detention Center, where all that’s going on. And, obviously, I need help. Ain’t nobody can give me a chance to help me.”

Loney got nine more years. Cameron got to be prime minister.