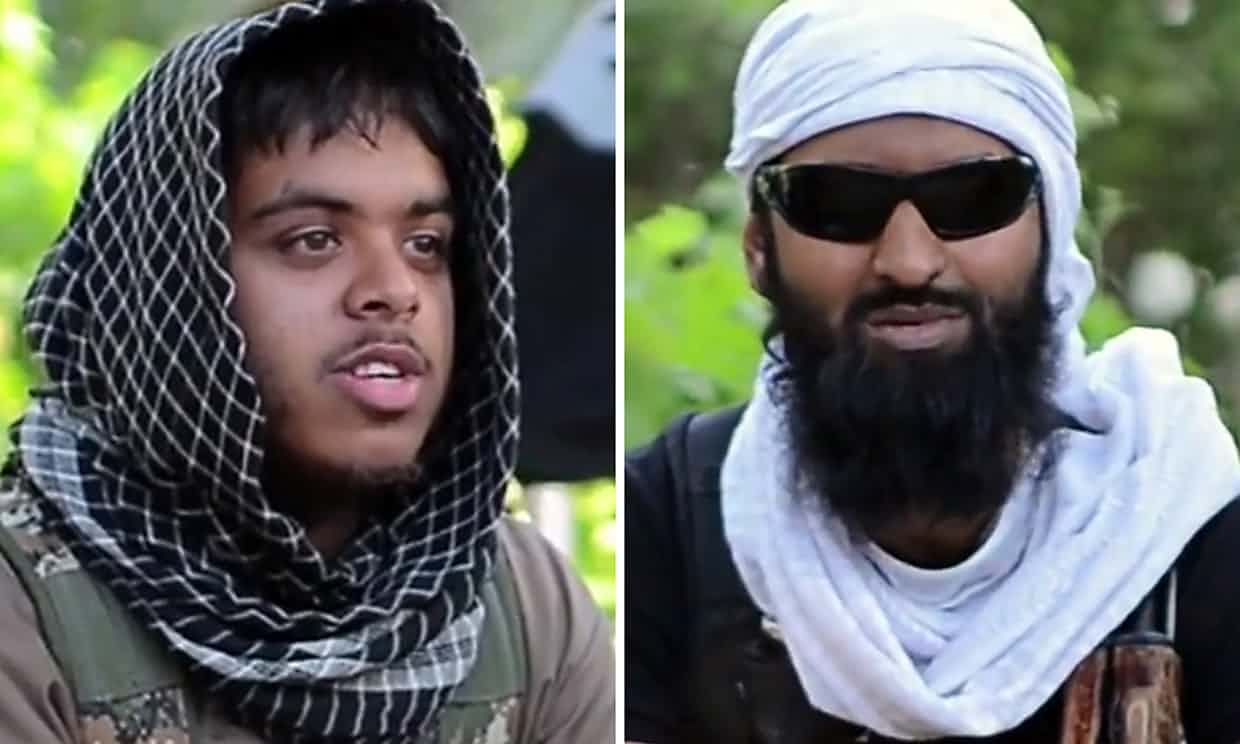 State-sanctioned killings without trial: are these Cameron’s British values?
The Guardian,
Photograph: YouTube/PA

Three months ago David Cameron celebrated the 800th anniversary of Magna Carta. Flanked by the Queen and the archbishop of Canterbury he genuflected before the pillars of Britain’s legal system.

“Magna Carta is something every person in Britain should be proud of,” he said. “Its remaining copies may be faded, but its principles shine as brightly as ever, in every courtroom and every classroom, from palace to parliament to parish church.

“Liberty, justice, democracy, the rule of law – we hold these things dear, and we should hold them even dearer for the fact that they took shape right here, on the banks of the Thames.”

On Monday he confirmed that he had executed two British citizens without trial. Reyaad Khan and Ruhul Amin were jihadis, from Cardiff and Aberdeen respectively, fighting for Isis in Syria. They were not killed in the heat of battle but with cold calculation. Their assassination was the result of “meticulous planning”, claims Cameron.

Khan and Amin apparently made a choice to declare war on both the west and other Muslims and have died in it. It should worry us all when young British men opt for that path.

Intelligence agencies claim that Khan and Junaid Hussain, a Briton killed in a separate airstrike last month, were planning to attack two major events this year: VE commemorations at Westminster Abbey in May and an Armed Forces Day ceremony in June. Such attacks would have been heinous.

But that doesn’t justify state-sanctioned killing, for three reasons. First, and most important, we are a country ostensibly governed by the rule of law. People are supposed to be innocent until proven guilty by a court. These were the very principles Cameron claimed to “hold dear” just months ago. We know, most recently from Iraq, not to put too much faith in intelligence agencies. But if they are capable of pinpointing the whereabouts of these men in Syria and killing them, then they should be capable of preventing an attack they “know” is coming and arresting and apprehending those they “know” are going to do it.

If they had a case they should have made it not to the military but to the courts. This is not an example of justice being done, but of justice being avoided. Even if it were found to be legal, morally it would still be wrong.

Second, even if they are guilty Britain does not practise capital punishment. Fred West murdered at least 12 women and tortured and raped many others. He went on trial and died in prison. Peter Sutcliffe, the Yorkshire Ripper, murdered 13 women and tried to murder seven others. He went on trial and remains in jail. Any number of vile crimes are committed by Britons every year – the state’s response is never killing.

Finally, these short cuts do not bolster the fight against terrorism but undermine it, because they violate the very principles of a liberal democratic state that Cameron claims he’s trying to protect. Britain can now add extrajudicial killings to torture, rendition and occupation as tools in defence of “Enlightenment values”.

Cameron insists that these men were “seeking to orchestrate specific and barbaric attacks against the west”. We’ll have to take his word. They will never be found guilty; they will only be found dead.