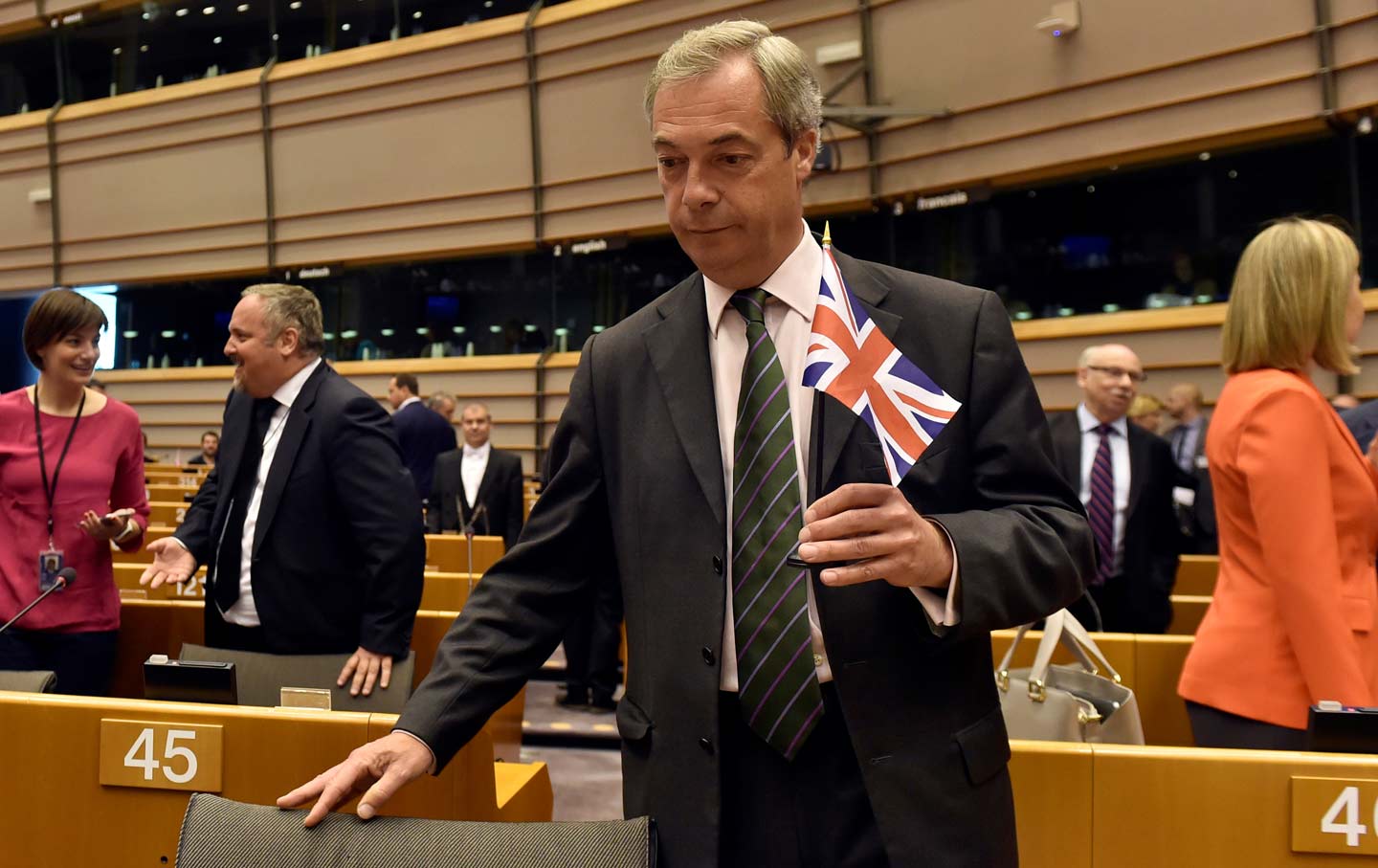 The 2 Things Britain Can’t Leave in the EU
The Nation,
(Reuters / Eric Vidal)

On the morning of June 24, Donald Trump

just as Britain woke up to discover that it would be exiting the European Union. Trump’s appearance in this moment of nativist triumph laid bare one of the paradoxes of right wing populism—even as its advocates demand bigger walls, more guards, and tougher laws to stop immigration, the ideology itself knows no borders.

The chaos that has ensued since the results came through has also exposed the central lie that underpins the populist right-wing agenda: While it can rally a section of the poor on the basis of race, nation, religion (or all three), it can not deliver for them even on its own sordid terms.

Having mobilized support with pledges to restrict immigration from Europe, transfer money contributed to the EU to the National Health Service, and leave the single market, Leave campaign leaders

that those promises are either not possible, no longer desirable, or were only hypothetical anyway.

They had appealed to the post-colonial nostalgia of that part of the electorate who wanted to restore Britain to a version of its former glory. When they voted Britain was the fifth largest economy in the world; the following afternoon, with the pound

ten percent of its value and billions wiped off the stock exchange, it was sixth, after France. Not only had the economy shrunk, the actual country looks set to shrink too. Scotland, where 62 percent voted to remain, is threatening to

on independence and Irish Republicans are calling for a vote on Irish unity, so that Northern Ireland, where 56 percent voted to remain, can stay in the EU.

Great Britain did not get greater. It got poorer, more isolated, and may yet get considerably smaller.

Comparisons with Trump can be overdone. The most prominent leader of the Leave campaign, the Conservative Boris Johnson, was until recently the elected mayor of multicultural London, which voted 60 percent to remain. And there were good reasons, which had nothing to do with xenophobia or racism, why people might have voted to leave the EU—namely, the democratic deficits in the project, the remote and opaque nature of EU bureaucracy.

The question of sovereignty in the neo-liberal age is central to the range of issues raised by EU membership. How does a nation, the largest democratic unit the West can claim, exercise its will in a world where capital can roam free and traders can undermine the will of the people by simply shifting resources to countries where labor is cheaper and unions are weaker?