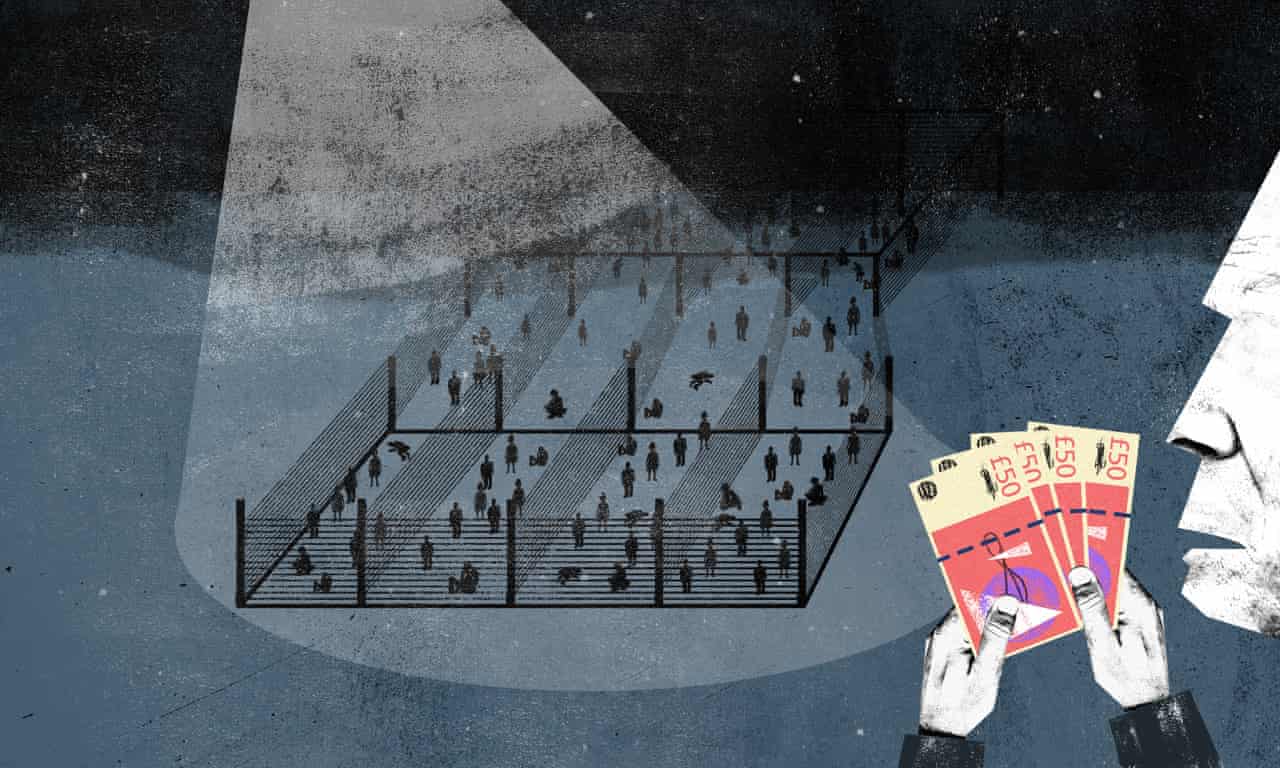 The British state has given up on the children who need it most
The Guardian,
Illustration: Nate Kitch

Shirley (not her real name) tried her best. As her son grew into adolescence and became increasingly wayward she sought help. She enrolled in parenting classes, asked the council to relocate her family out of the London borough of Brent and had endless meetings with social workers and psychologists. She sought referrals for mental health assessments but was told her son Sean (not his real name) did not meet the threshold. She sent an email to her MP with the heading “PLEASE HELP ME SAVE MY SON!!!”

A few months later she warned Brent social workers: “If we don’t do something, he’s either going to end up dead or someone’s going to end up in a body bag.” Less than two years after that Sean, by then 15, stabbed another 15-year-old to death and is now in prison. When his mother forwarded her email chain with the council to me, many responses carried the sign-off: “Brent Council needs to save £54m over the next two years …”

The active, conscious and persistent underfunding of Britain’s young people has gone beyond critical levels. A toxic blend of austerity and free-market orthodoxy has left them neglected where they should be nurtured; commodified instead of cared for. The most vulnerable are hit the hardest, placing enormous stress on families and robbing kids of their childhood and their future.

Children are going where most profit can be made from them. One careworker has described it as legalised trafficking

Societies generally understand we have a collective responsibility for children – that’s why we have child protection, juvenile courts and care homes. We are not only failing in those responsibilities. In some regards the levels of wilful negligence amount to abuse, for which we all pay the price, morally, societally and literally, since it costs more to deal with the mistakes we know we are making than it would be to fund solutions.

The family of the boy Sean killed will never fully recover from their loss. And while we can never say for certain if the tragedy could have been prevented, we know that it would have been less expensive to try everything possible than to keep Sean in prison until he is in his 30s. Lift the hood on almost any state provision for the young, and you will find essentially the same thing – either a chronic, at times criminal, shortage of funding or a marketisation of young people’s aspiration, pain or endeavours – or both.

A recent Guardian investigation found councils inviting private companies to bid for the most troubled children in the care system. Councils used to provide more care for children themselves, at a far cheaper rate, but their funding has been slashed. So they auction the kids off, detailing their experiences of sexual abuse, trauma and behavioural challenges, in the hope someone will make an offer. The more troubled children are, the more money companies get, and children go not where they most need to be, but where most profit can be made from them. One care worker described it as “legalised trafficking”. “Children are cattle,” she said. “They are there to fill a spot.”

Meanwhile provision for children with special education needs and disabilities (SEND) is “on the verge of crisis”, leaving those most challenged in school without support for extended periods of time. Cash-strapped councils often seek to ration limited resources, due to reduced central government funding, by raising the threshold for those who might qualify. With parents forced to appeal, only the persistent and pushy prevail. A Guardian investigation revealed that over the past two years the number of appeals to the SEND tribunal has almost doubled, and nine in 10 appeals are successful. In other words, children in need are routinely rejected and their parents are forced to endure a gruelling bureaucratic ordeal in order to access essential support.

A similar rationing scheme occurs in the underfunded child and adolescent mental health services (Camhs) sector of the NHS. According to the National Society for the Prevention of Cruelty to Children, 150 children are denied these services every day. In some trusts, anorexic teenagers are told they are not yet thin enough; in others those with suicidal feelings won’t be seen until they are considered “actively suicidal”. Those who are admitted into the system may have to wait months to be seen by a specialist.

It should come as little surprise that many of these children, who are not receiving the academic or medical help they need, are kicked out of school, particularly when those schools have had their budgets cut and are forced to compete in league tables. With the quality of a school judged by its exam successes some – particularly academies – find it easier to get rid of kids who are behaviourally challenged than to invest time (they may not have) and resources (that have been depleted) engaging them.

This is how we treat citizens. The issue of our disgraceful treatment of child refugees would take a whole other column. Ultimately this costs us all. A quarter of those in prison or homeless have been through the care system. A study in Scotland found that pupils excluded from school at 12 are four times more likely than others to go to jail. Prison is not cheap.

But the burden is not spread evenly. In Scotland, children from single-parent families in poor communities are most at risk. In England, a black Caribbean boy on free school meals with SEND is 168 times more likely to be permanently excluded than a white British girl without SEND.

This practical harm is compounded by a more insidious psychic damage. In slashing funding for everything, we have ceased to understand the human value of anything. There are no league tables for fostering self-esteem, developing creativity or the love of learning. Our kids are worth more than this.

What Senator Robert Kennedy once said of the US’s gross national product holds true for our pretensions to balance budgets on the backs of the poor. “It measures neither our wit nor our courage, neither our wisdom nor our learning, neither our compassion nor our devotion to our country, it measures everything in short, except that which makes life worthwhile.”