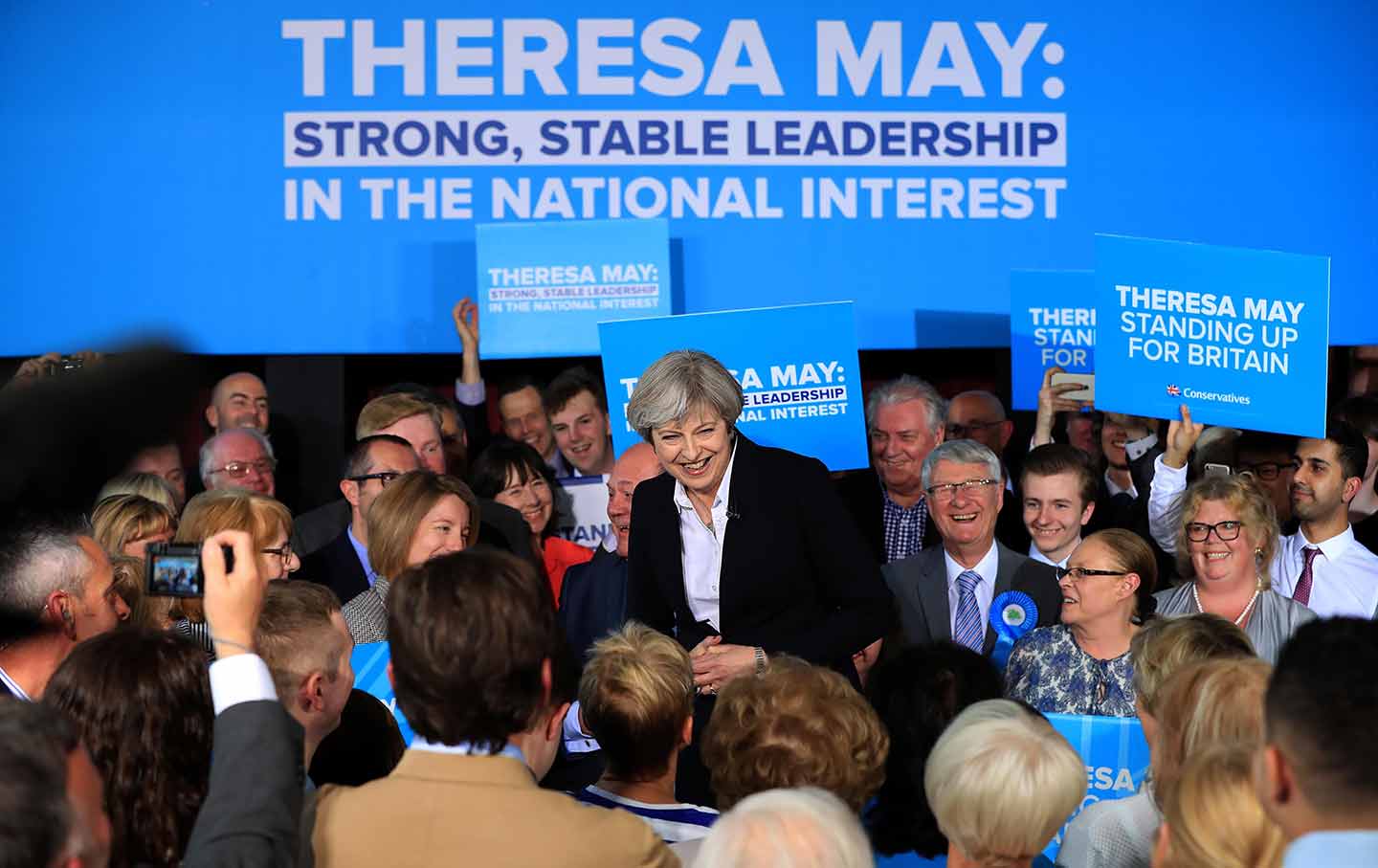 The Election Could Give Theresa May a Mandate. It Won’t Give Her a Clue.
The Nation,
(Peter Byrne / Press Association via AP Images)

On April 18, British Prime Minister Theresa May announced her intention to call a general election, ostensibly to gain a mandate for her negotiating strategy for leaving the European Union. The following week, May had dinner with the president of the European Commission, Jean-Claude Juncker, at 10 Downing Street. There, it became clear that even if May gains her mandate, she has no plausible strategy to execute it, merely a delusion of power.

were that May “does not live on planet Mars but rather in a galaxy very far away” and that the probability of failure was “over 50 percent.” One official felt the need to point out to her that the European Union is “not a golf club.” Juncker left Downing Street telling May that he was “ten times more skeptical” than he was before.

Whatever problems the election can possibly fix for May, it will not fix this—any more than Donald Trump’s winning in November will make Mexico pay for the wall. Indulging a parochial bellicosity may make domestic victories possible, but it doesn’t necessarily make foreign accords any easier. Not long after she became prime minister, May, who had voted to remain in the European Union, notoriously announced that “Brexit means Brexit.” Now that the Europeans are making it clear what Brexit means to them, she is flummoxed. At the dinner with Juncker, she emphasized that she wanted Brexit to be a success. But the consensus in Brussels is that Brexit can’t be an all-around success because, however the negotiations work out, Britain will be worse off for being out of the EU. Gaining a mandate for a bad idea doesn’t make it a good one; it makes it a bad idea you’ve convinced others to buy into.

On that front, however, the British prime minister may well be successful. When she called the election, which will take place on June 8, May was 21 points ahead in the polls and the clear favorite. But anyone who decides to hang their hat on the polls as a fail-safe indicator has probably already lost their shirt on Brexit and Trump. These are volatile times. Journalism’s most useful function in moments like this is to analyze what it can see, not presume to predict what it cannot know.

What is clear: Labour is weakened. Its parliamentarians spent a year fighting with its membership after the base overwhelmingly elected hard-left stalwart Jeremy Corbyn as party leader over three milquetoast moderates. Under Corbyn, Labour has grown massively in membership and fallen dramatically in the polls. The press is almost universally hostile to both Corbyn and the party. Brexit has given him a tough challenge to which, thus far, he has failed to rise. His attempt to please both Labour’s pro-European metropolitan wing and that element of its rust-belt base that voted to leave the EU has left neither side satisfied.