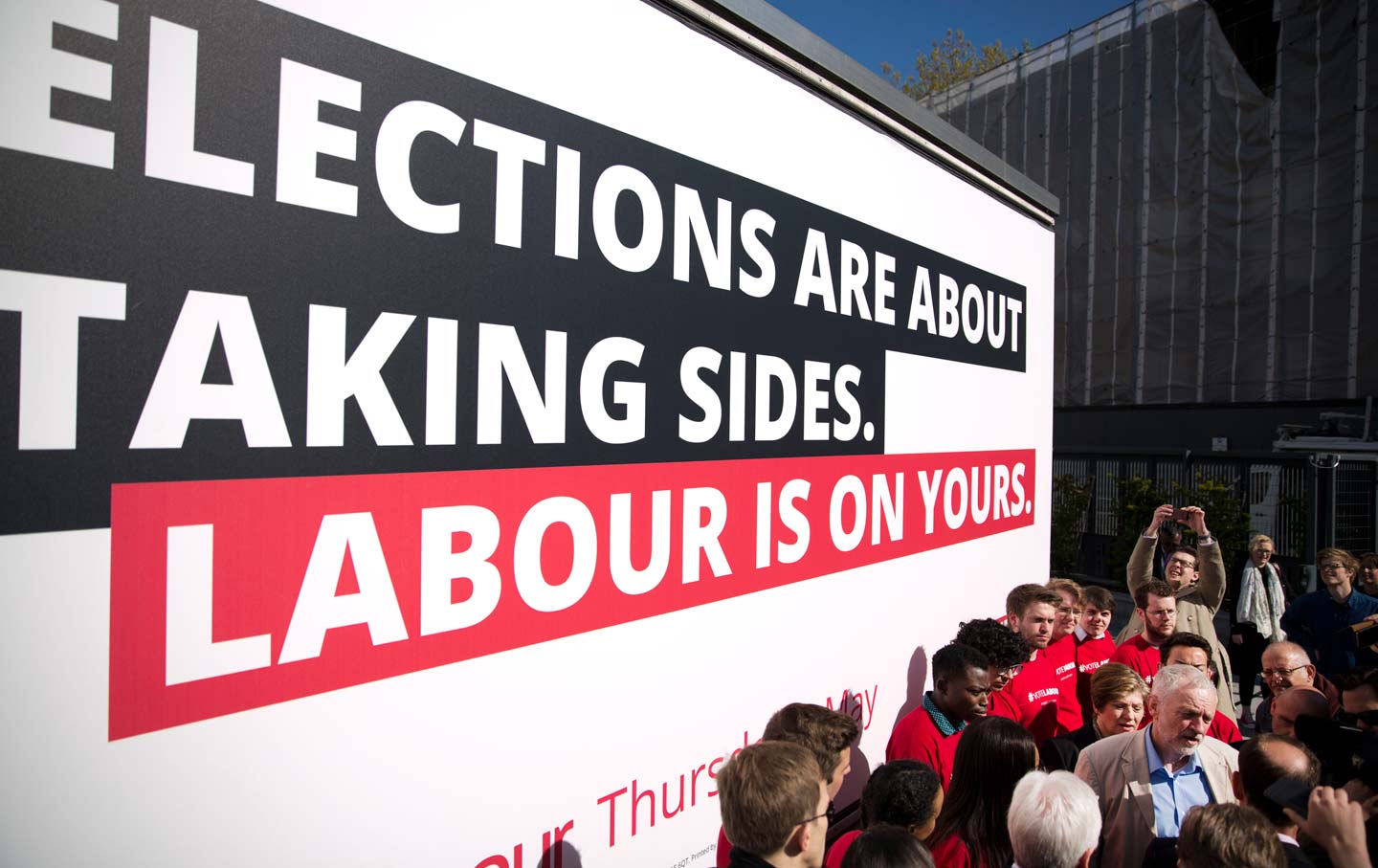 The Left Is Winning the Debate. Now What?
The Nation,
(AP Photo / Matt Dunham)

After the Labour Party’s electoral defeat in Britain last year, the party’s small left caucus debated whether it should stand a candidate for the leadership at all. Some feared defeat would expose just how small the caucus was. Others insisted that someone needed to at least raise the arguments against anti-austerity and for a progressive foreign policy to counter the narrative that Labour had lost because it was too progressive.

Once the caucus resolved in favor of standing a candidate, the next challenge was to find a candidate. There were few takers. “What about if I stand?” asked Jeremy Corbyn, a consistent socialist standard-bearer over several decades. The question was initially met with silence. But when nobody else came forward, Corbyn got the nod. Then came the final task: getting on the ballot. For that, Corbyn needed 35 members of Parliament to nominate him. With just hours to go before the deadline, he was still several signatures short. With seconds left, his supporters rounded up some parliamentarians who didn’t support him but voted for him anyway, just so the party could have the fullest debate possible.

Nobody—least of all Corbyn—assumed that he would win the debate, let alone the election, with one of the largest majorities of any Labour leader.

The trajectory of Corbyn’s ascent—the unlikeliness, pace, and impact of it; the breadth, depth, scale, and insurrectionary nature of it—is emblematic of a broader and growing trend in much of the Western world. In different ways, and to different extents, it is reflected in Bernie Sanders’s campaign for the Democratic nomination, as well as the rise of Podemos in Spain,

, and Syriza in Greece. (The fact that Sanders is all but certain to lose is irrelevant. What is remarkable is that he ever had a chance, no matter how slim.)

All of these political movements are, of course, different in their own way. Some, like Podemos and Syriza, are relatively new formations, expressing the hope for a different kind of political engagement. Others—the challenges by Sanders and Corbyn in particular—are fronted by older men within established institutions and blend nostalgia for an abandoned social-democratic agenda with the youthful energy of a generation that speaks the language of class almost as fluently as it does that of identity. Some are the product of movements that have grown out of the most recent crisis; others are trying to create movements in order to sustain them.

But all have this in common: They have created electoral space on the left where few believed it was possible to thrive, let alone win. In so doing, they have surprised both themselves and their moderate opponents, upending the political certainties of a generation. This new situation poses challenges for everyone.