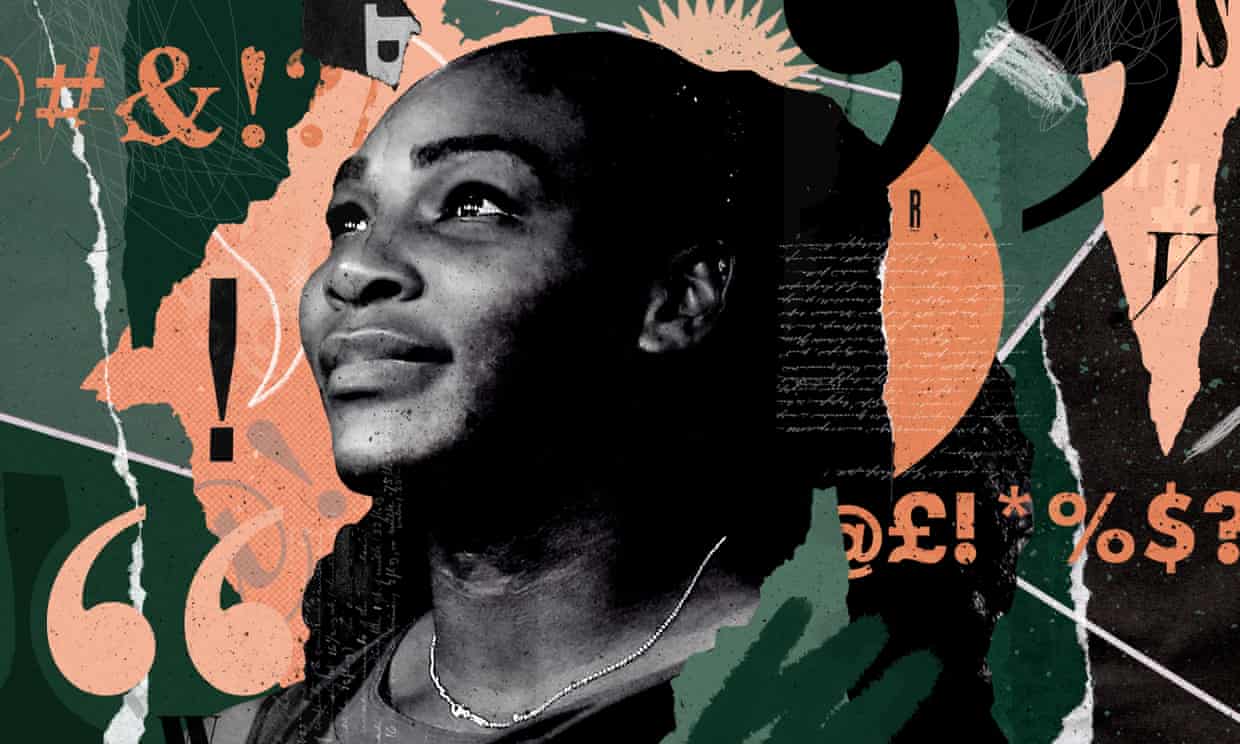 The Serena cartoon debate: calling out racism is not ‘censorship’
The Guardian,
Illustration: Eleanor Shakespeare

If there is one thing more damning than the racist cartoon of Serena Williams published in Melbourne’s Herald Sun earlier this week, it’s the paper’s response to accusations of racism. And that’s saying something. Because the cartoon is bad. It’s Hattie McDaniel in Gone With the Wind, Mammy Two Shoes from Tom and Jerry, going out in the cotton fields with Topsy to eat watermelon, Aunt Jemima’s pancakes bad. It’s Donald Trump, Boris Johnson, Pauline Hanson, Jeremy Clarkson after a bottle of scotch and a screening of Katie Hopkins’ documentary on white South African farmers bad.

In the cartoon, Williams’ hair provides a bulbous, bloated, outsized frame for an enormous lolling tongue that’s bigger than her knee; nostril to nostril, her flat, expansive nose is roughly the size of her shoulder. It is not a caricature of Williams, whose lips, nose and tongue are not particularly pronounced and are rarely, if ever, remarked upon. It is a caricature of black people – and more specifically black women – that went straight through the editing process as though the 20th century had never happened. (Never mind the fact that Naomi Osaka, Williams’ Haitian-Japanese opponent, is portrayed as a white woman). When a furore broke out on social media, the cartoonist, Mark Knight, said: “The world has just gone crazy.”

That’s about the only thing he’s got right so far. The world did go crazy. Everyone from JK Rowling to Nicki Minaj to Martin Luther King’s daughter slammed the cartoon’s glaring bigotry. There was no chalk dust here: it wasn’t a close call.

So what could be worse than this? Well, as though to prove the point made by Australia-based academic Alana Lentin, both Knight and his editors at his Murdoch-owned paper seemed hellbent on illustrating that they “lack the racial literacy needed either to challenge racists or to discern racism, in cartoons or elsewhere”. On Twitter, a parade of white men from the Herald and News Corp stepped forward to summarily dismiss all accusations of racism and sexism as “PC BS” and condemn “ill-informed critics” (read: academics, civil rights leaders and social commentators) who disagreed as being “oversensitive”. Knight went on to criticise his detractors for “making stuff up” and say he was “upset they were offended”.

In an editorial the next day the paper blamed the “social media hordes” for “[attempting] to defeat cartooning – and satire – with a politically correct barrage”. It also published the cartoon again on the front page, alongside others it claimed could also cause offence, with the headline “Welcome to PC World”, a label “Satire Free Zone” and the words: “If the self-appointed censors of Mark Knight get their way on this Serena Williams cartoon, our new politically correct life will be very dull indeed.”

And so it is that we once again enter the culture wars, stage right, with aggressors posing as victims, bigotry masquerading as satire, free speech condemned as censorship; and any calls for sensitivity, historical context, moral responsibility, equality, accuracy, decency, fairness or accountability dismissed as “political correctness”. Rhetorical straw men are pummelled to within an inch of their lives and, in this case, a real black woman is deprived of her dignity.

This has nothing to do with censorship. Nobody, to my knowledge, is claiming this cartoon should be illegal. And if they have, they are wrong. Within the limits of laws regarding incitement to racial hatred (which I don’t believe apply in this case) Knight has the right to draw a racially offensive cartoon and the Herald has the right to publish it. But that right should not be mistaken for an obligation.

This is not an issue of freedom of speech but editorial judgment. If someone submitted a cartoon at the height of the #MeToo moment that portrayed Rupert Murdoch as a pimp on account of the sexual harassment in the upper echelons of Fox News, the Herald would almost certainly have refused it. Questions of taste, propriety and proportionality come into question. The question of where one draws the line in these moments is an important one. But we should never be in denial that there is a line and only some people get to draw it. (I’m going to stick my neck out and guess there are very few women of colour on the editorial staff at the Herald.)

Moreover, just because you have the right to do something doesn’t mean you should do it. As I have argued in the past, people have the right to fart loudly in lifts and sleep with their in-laws, but they tend not to because such antisocial behaviour generally will diminish them in the eyes of others. If you want to do those things then you must, within reason, take responsibility for what comes next. We have now reached a peculiar juncture where accusations of racism make some people more upset than racism itself. Having dismissed as political correctness arguments that place Knight’s picture firmly within the history of racist and sexist cartoons – that catch-all cop-out when all other justifications for offensiveness have been exhausted – they then don the camouflage of satire.

Satire is crucial to the cartoonist’s trade. Cartoons work best when they push boundaries, challenge perceptions, create an image that text would struggle to conjure. They point to the dummy on the floor, Williams jumping on the racket and the umpire saying to her opponent, “Can you just let her win?” as though we don’t understand that it’s intended as a commentary on what they label her “tantrum” at the US Open, when she confronted what she felt were the umpire’s harsh decisions. “The cartoon about Serena is about her poor behaviour on the day, not about race,” protested Knight. They think we don’t get it. We get it.

What we don’t get is why that should necessitate drawing Williams with lips the size of a baboon, a nose the width of the Mississippi and the tongue of a camel. Satire involves humorous exaggeration, irony and ridicule. It is not a cover for any and every careless, racist stereotype an illustrator cares to indulge in.

Reasonable people may disagree on how she handled the situation. But there is no reasonable defence for this cartoon, since the point could easily have been made without reducing the world’s most decorated tennis player to a minstrel mammy.

The problem is not that the cartoon’s critics don’t understand the distinction between racism and satire; it’s that Knight and his editors have yet to grasp the distinction between satire and cliche. When you uncritically, and ostensibly unwittingly, recycle a centuries-old image that both demeans and degrades, you do not practise satire – you peddle cliche. As such, the cartoon fails on its own terms and the ultimate tantrum is theirs. For having vocally exercised their right to be offensive, they now take umbrage at the inevitable and predictable outcome: the right of others to be offended.