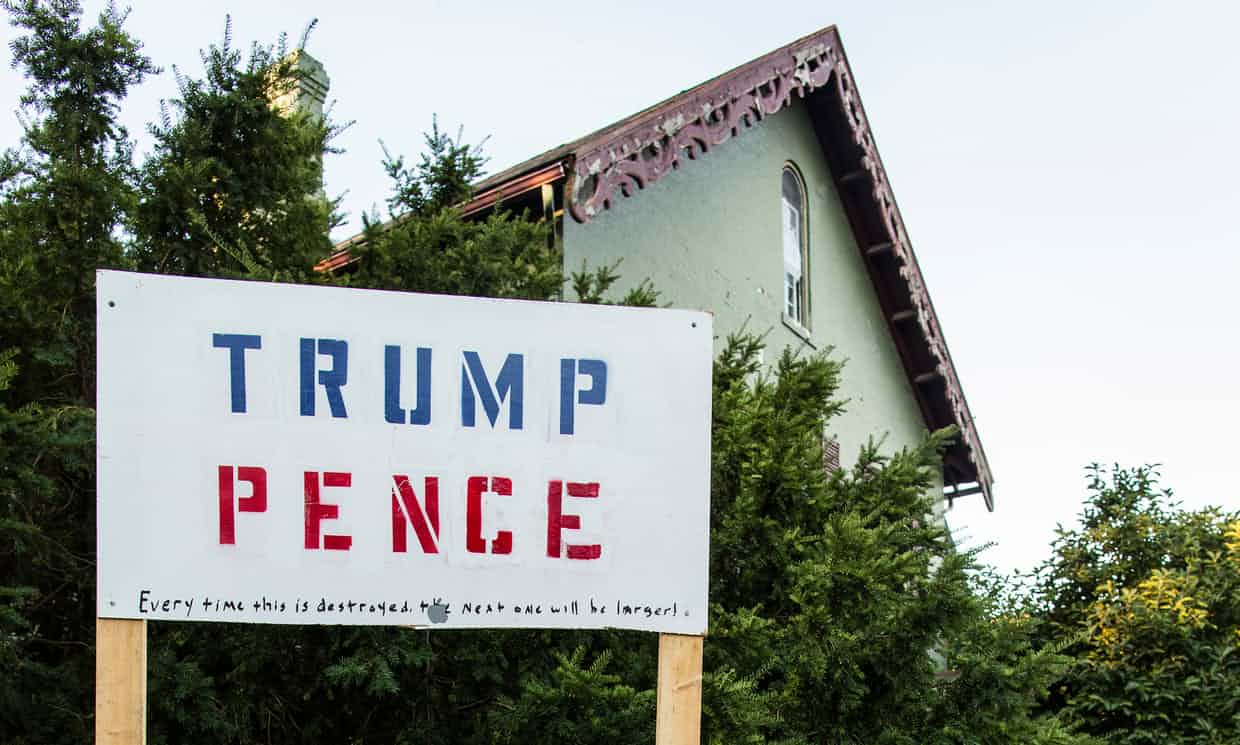 The view from Middletown: final thoughts on Trump's victory
The Guardian,
Photograph: David Levene for the Guardian

The Guardian has today published my last despatch from Muncie, Indiana from where I covered the US presidential elections. The article, which you can find online here, or in today’s print edition, is a long read that tries to pull together the things that I saw over the month that I was tin the city that relate to the broader national picture. You can read an excerpt below.

Making small talk over dinner with some Republicans in Muncie, I asked one if he had any plans to visit Britain. He shook his head and said he wouldn’t feel comfortable travelling in Europe at the moment – I assumed because of the threat of terrorism. The only place he would feel safe outside of America, he continued, was Israel. (In 2014, the murder rate in Muncie was higher than in London.)

For the white working class, says Jamie Walsh, who voted for Trump, the benefits of being white aren’t obvious. “People are afraid that they’re stupid. This whole PC thing – racism, sexism. All this stuff is being stupid. All these isms are ignorance. People don’t feel racist, they don’t feel sexist … They feel marginalised because of their ignorance. You don’t want to offend people.”

It is in the precise place where race and class merge that a section of white America finds itself both bereft and beleaguered. “White privilege is like a blessing and a curse if you’re poor,” Walsh says. “White privilege pisses poor white people off because they’ve never experienced it on a level that they understand. You hear ‘privilege’ and you think money and opportunity and they don’t have it. There’s protected women, minorities – they have advocates. But there’s no advocates for poor people.”

So Trump got almost 60% of the white vote and performed poorly among every other racial group. Race was clearly a central fault line – and how could it not be, in a country that practised slavery for 200 years, apartheid for the next 100, and has been a non-racial democracy for only the last 50?

But Trump’s victory cannot be explained by racism alone – and the efforts to understand race and class separately result in one misunderstanding them both entirely. Indeed, to get to the bottom of Trump’s appeal we will have to go beyond any monocausal interpretation of these results and adopt a more intersectional approach, one that takes into account the fractious way a constellation of identities collide and align.

I won’t claim that I saw Donald Trump’s victory coming. But through my reporting in Muncie – which you can catch up on in full here – I did get an inkling that it was possible and why. We live in volatile times and I hope this project helped you gain an insight into how we might understand what is happening. Thanks so much for taking this journey with me.