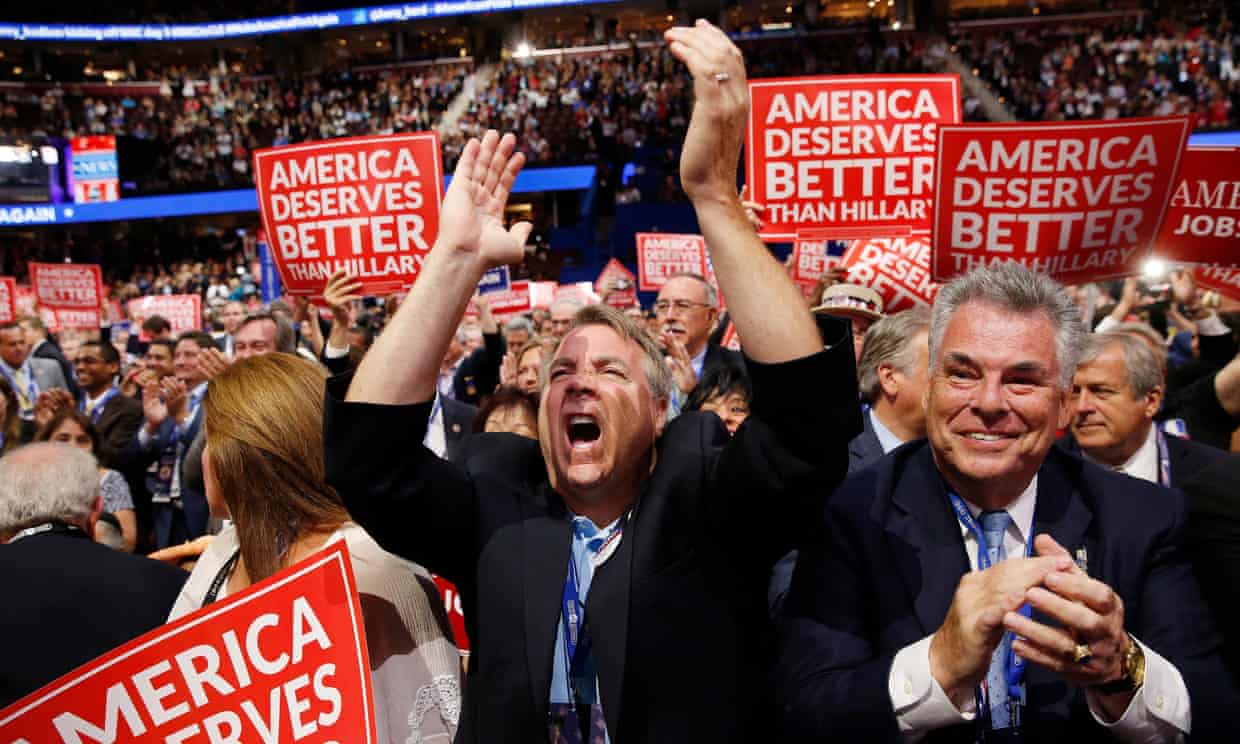 Trump's win shredded the election playbook. What will that mean for the midterms?
The Guardian,
Photograph: Michael Reynolds/EPA

Roughly 10 days before the 2016 presidential election, one of America’s largest unions sent a bus of volunteers from Iowa, where Hillary Clinton looked sure to lose, to Michigan, where union leaders heard she was in trouble. They called Clinton’s team to tell them what they were doing only to receive a stern rebuke. Turn the bus around they were told. Michigan is safe.

The 2016 presidential election shredded the old rule book on how American elections are fought and won. Now three weeks before the midterm elections, when all of the seats in the House of Representatives and a third of the seats in the Senate are contested, we still don’t know what the new rules look like. In normal times, midterms are an opportunity for the electorate to express buyer’s remorse. Two years after they vote for a president, they are either disappointed he hasn’t done enough of what they wanted or angry because he’s done too much of what they didn’t want. So they take it out on his party.

Democrats should be a shoo-in to take back the House. Four of the largest five demonstrations in US history have taken place in the last two years. They have all been either against Donald Trump’s presidency or key elements of his agenda. On the left, voter enthusiasm is at a record high. In September 2006, before the Democrats took back both the House and Senate during George W Bush’s second term, 42% of Democrats said they were more enthusiastic than usual about voting – this year it was 67%.

A year after #MeToo and a month after a bitter supreme court nomination that focused on sexual assault under a president that has boasted of sexual molestation, Democrats are running a record number of women candidates for House and Senate. Moreover, a fifth of those female House candidates are under 40 and a third are women of color.

But these are not normal times.

I spent the 2016 election in Muncie, Indiana. When I returned there in January, all the liberals I knew were actively politically engaged in a way they hadn’t been before. Beth Hawke, 57, who went to DC from Indiana with her daughters for the Women’s March, has been making calls to defend the Affordable Care Act. “When Trump won, I thought: ‘I really need to do something.’ I’ve always been active in my community over schools and things like that, but the last election I actively participated in was Gary Hart [in 1984]. The march was cathartic. I hadn’t really done things like this since my student days.”

But it was also clear that while almost all the Republicans I spoke to thought Trump was an awful person, they also believed he was doing a good job. They pointed to the economy, his first supreme court nominee, tax cuts and deregulation as evidence that he was getting the job done. “He’s completely embarrassed the United States more than a handful of times. He’s like your drunk uncle at a party,” said Jamie Walsh. “[But] we’re a year down the road. I wish people would stand up, take a look at their lives and see what is so different. What have you been screaming about for a year? I struggle to find anything bad that has happened to everyday Americans and their lives.” 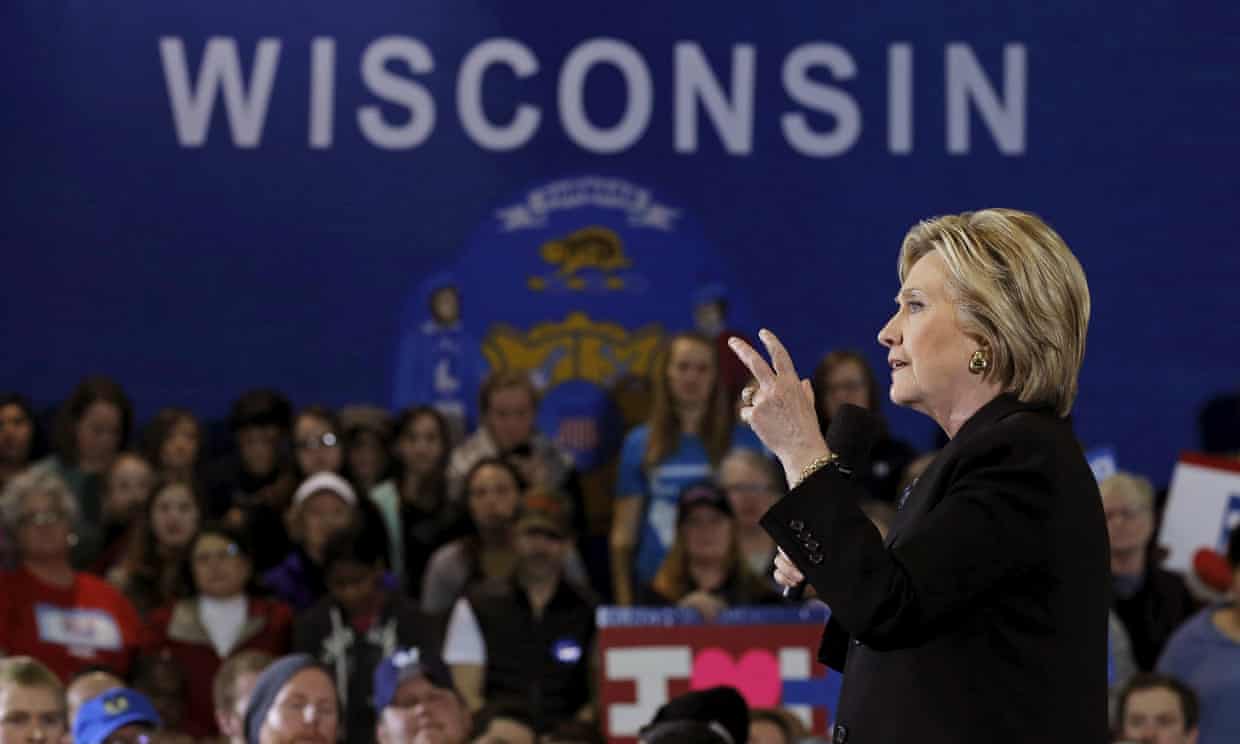 Democrats thought they had Wisconsin in the bag and made little effort there only to lose narrowly. Photograph: Jim Young/Reuters

The question in this election is which of those two moods will prevail in November. On the one hand, to what extent will the growing militancy and anxiety among progressives translate into votes for a party that as of yet has no clear leader or agenda? On the other, will the inchoate coalition of discontent and self-interest that comprises Trump’s base turn out for a party that never wanted him in a moment when he is on everybody’s minds but not on the actual ballot?

In 2016, Bill Clinton used to tell Hillary’s campaign operatives what he was hearing on the ground only to be routinely ignored. “[The] response was always a variation on the same analysis: the data run counter to your anecdotes,” wrote Jonathan Allen and Amie Parnes in Shattered: Inside Hillary Clinton’s Doomed Campaign. “Bill liked data, but he believed it was insufficient … He felt it was important to talk to voters and get a real sense for what they were feeling.”

To get a sense of what the voters are feeling this time I have come to cover the midterms from Racine, Wisconsin, a small post-industrial town of 80,000 that sits on the west coast of Lake Michigan between Chicago and Milwaukee. I chose Racine for three reasons.

First, it sits in a swing county. Since 1992, Racine county has voted for whoever won the presidency, backing Clinton twice, Bush twice, Obama twice and then Trump. In 2016 the county in many ways mirrored many other areas of the rust belt. Turnout fell by around 9%. Trump won narrowly, receiving 5% fewer votes than the Republican Mitt Romney did four years earlier when Romney lost, while the Democratic vote slumped by 20%. The question of who switched their vote is important; the issue of who did not vote, why and whether they are motivated this time is crucial.

Second, it sits in the district of the Republican House speaker Paul Ryan, who is stepping down. The district is favored for Republicans – Trump won it by 10 points – but it remains competitive and is the kind of seat Democrats need to win to take the House. A New York Times/Siena College poll last month gave Republicans a six-point lead here: but then that’s precisely the average poll lead Clinton had in Wisconsin a week before the 2016 election – and she lost.

Which brings us to the final reason: Wisconsin. Like Michigan, Democrats thought they had it in the bag and made little effort there only to lose narrowly – the first time Wisconsin had backed a Republican for more than three decades. But also Wisconsin’s recent political history resonates with this moment. In 2010 it elected Scott Walker, a Republican governor pursuing a hardline conservative agenda. His plan to end collective bargaining rights for public sector unions and cut local government workers’ health benefits and pension entitlements in order to balance the budget sparked huge protests. Before Occupy Wall Street, tens of thousands of Wisconsinites occupied the state capitol in huge protest against austerity – it was the resistance before the resistance had a name. Collecting more than 900,000 signatures, they forced Walker to be recalled – in other words, he faced a revote on his governorship.

When I reported from that election, progressives claimed Walker won on false pretenses and people did not know what they were getting. Now it was clear they would reject him.

A week before the election I met the Democratic state representative for Racine, Cory Mason. “When I meet people now I feel there was as much of a sense of urgency and real intensity as I’ve ever seen,” he said then. But little more than a week later, Walker was re-elected with an increased majority. Walker is still the governor, and this year he faces yet another tough challenge. Mason is now the mayor of Racine.