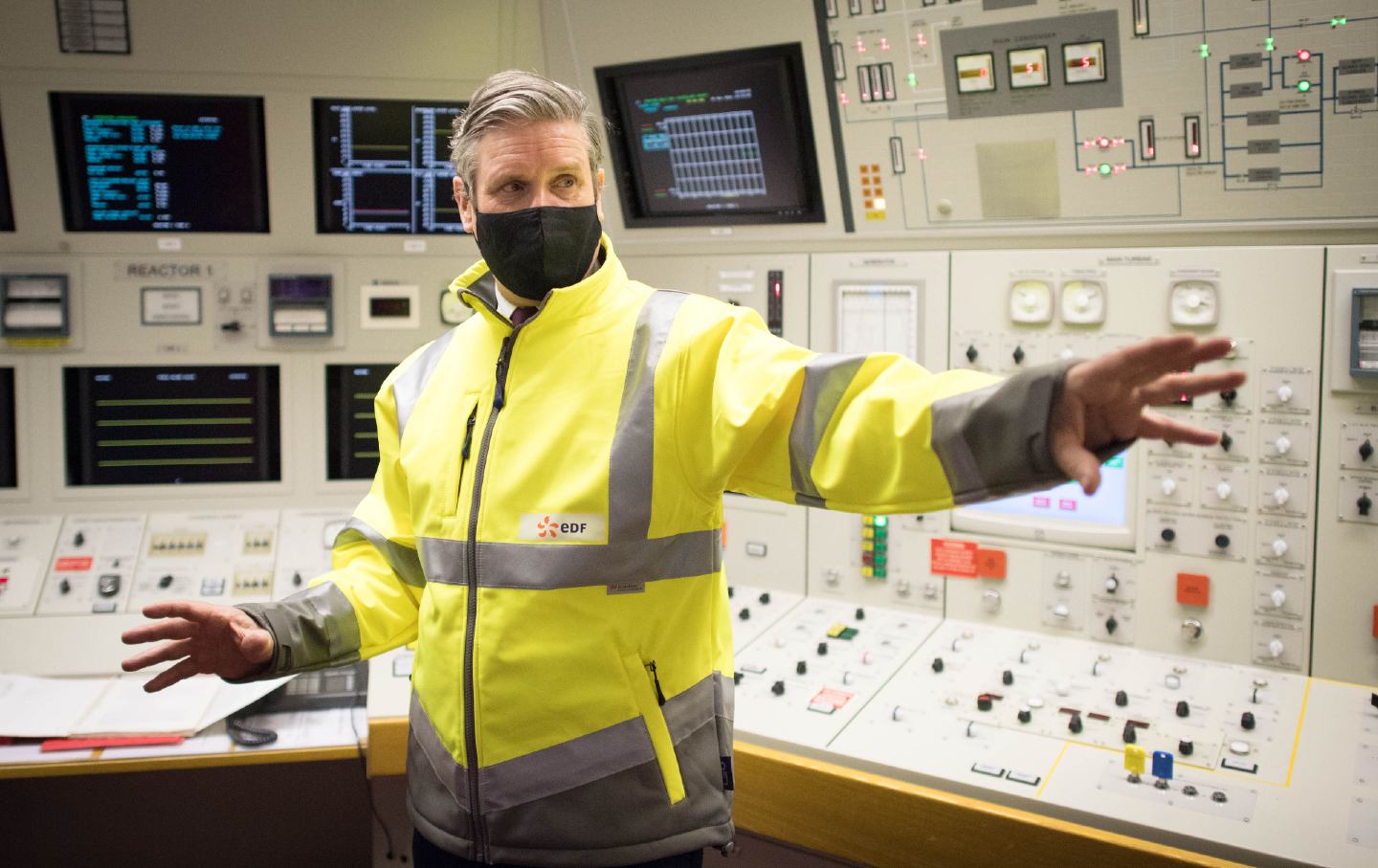 London—In the four years that Jeremy Corbyn led the Labour party, the center right worked tirelessly to “take their party back.” After Corbyn was elected by party members with a greater mandate than Tony Blair’s, the parliamentary party lead a coup against him; party members then elected him again with an even greater mandate.

Corbyn’s opponents said they wanted him gone because they were convinced he was unelectable. Leaked documents show that they were so determined to prove the point that during the 2017 election they actively worked to make sure he would lose. When Labour gained both seats and increased vote share for the first time in two decades and forced the Conservatives into a hung parliament, they were visibly disappointed. When the party went down to crushing defeat in 2019, they sighed with relief. Corbyn stood down last year, and Keir Starmer was elected leader.

It soon became apparent that Corbyn’s opponents were so keen to regain control of the party that they had evidently spent precious little effort interrogating why they had lost it in the first place—or what they would do with it once they had it. Early on Friday morning, reality caught up with them. In a special election in Hartlepool, a working-class northern seat that has voted Labour since it was created in 1974 went to the Conservatives. At the time of writing, exit polls indicated Labour was also going to do badly in local elections elsewhere in the country, suggesting that the party’s woes were not confined to one town.

The party leadership’s response has been to accelerate on the path it was already taking. “I think what this shows is that although we have started to change since the cataclysm of the last general election, that change has clearly not gone far enough in order to win back the trust of the voters,” said Labour’s community secretary, Steve Reed, on the early-morning talk shows on Friday.

This is an odd response, to say the least. The results indicate Labour is becoming less electable—not more. That does not indicate a strategy it should double down on. To blame this on the last election, and by inference Corbyn, is also odd. Labour held the seat in 2019; indeed, in 2017, with Corbyn as leader, it increased its vote share for the first time in two decades.

This week’s results were devastating for Starmer, who has failed to mount an effective opposition against Boris Johnson’s Tory government despite the latter’s inept handling of the coronavirus crisis and the prime minister’s being mired in sleaze. Over the last year, Starmer has failed to set out an alternative vision for the country—or the party—in a moment when Covid laid bare inequalities and demanded a bold government initiative to emerge from a crisis that should have been a gift to a social democratic leader. Instead, the most effective opposition to the government has come from the young Black Manchester United soccer player Marcus Rashford, who has twice forced a government U-turn on feeding poor children during the lockdown.

While running for leader, Starmer pledged to unite a fractured party. Instead, he has deepened divisions with gratuitous attacks on the left, including suspending Corbyn from the party after he condemned anti-Semitism, though Starmer said, “The scale of the problem was also dramatically overstated for political reasons.” Starmer’s red-baiting has made him popular with the media and some party grandees, but demotivated many in the party and simply reinforced the notion, among the electorate, that Labour is riven with infighting.

Nonetheless, the left should restrain from schadenfreude. A Conservative victory in a working-class town like Hartlepool is nothing to celebrate. It suggests that the electoral realignment of 2019 was no one-off and cannot simply be explained away by Brexit—or Corbyn. It speaks to a toxic fusion of English nationalism, political disaffection, and economic decline that has found a viable home, for now, in the Conservative Party.

This didn’t happen overnight. Labour’s vote share in Hartlepool has declined in every general election since 1997 (apart from 2017), plummeting from 61 percent to 29 percent on Thursday. Meanwhile, voter turnout—which scarcely went below 70 percent in the 1970s and ’80s—has not risen above 60 percent since 1997. Voter turnout is always down in special elections, but on Thursday it was 43 percent—a record low. In short, Labour is attracting a drastically smaller share of a considerably smaller electorate. Finally, in 2019 and 2015 Labour won primarily because the Conservative and hard-right pro-Brexit votes were split. With Brexit underway, no hard-right candidate stood this time, leaving the field free for the Conservatives.

For the left to fixate on Starmer in this moment makes as little sense as the right’s previous obsession with Corbyn. Corbyn’s elevation did not prompt a crisis in the Labour party but illustrated it. It was not a local problem but an international one in which social democratic parties across Europe and beyond were being either eclipsed by the left, defeated by the right—or both. Having lost the industrial working class to indifference, nationalism, and deindustrialisation, they have struggled to assemble a sufficiently large and robust constituency that would find Keynesian state intervention sufficiently appealing.

Labour’s left turn showed some promise in addressing that challenge in 2017, but ultimately could not solve it, going down in flames in 2019. But that crisis still exists. Brexit finally broke Labour’s already fraying coalition of northern working-class and urban cosmopolitans. Replacing Corbyn in itself was never going to solve Labour’s underlying weakness any more than removing Starmer will. That said, if Starmer is not willing or able to address that crisis, then he should make way for someone who is and can. There needs to be more to Starmer than simply not being Corbyn and not being Johnson. At present, it’s not entirely clear what that is.