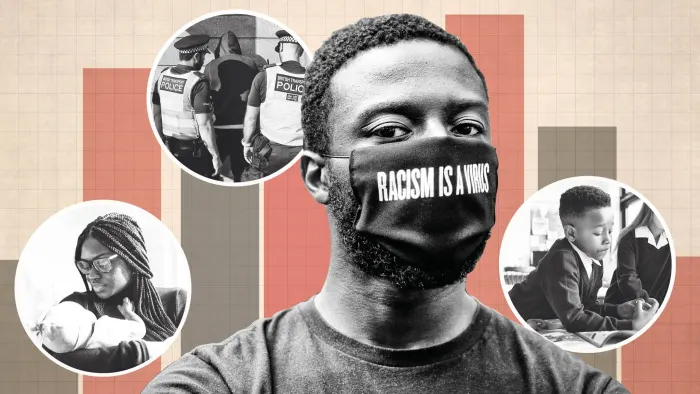 Waking up to the realities of racism in the UK
FT

Every now and then much of Britain discovers racism in much the same way that teenagers discover sex. The general awareness that it is out there collides with the urgent desire to find out where. People talk about it endlessly and carelessly, unsure of what to say or think or whether they are doing it right. They have lots of questions but, even if they did know whom to ask, they would be too crippled by embarrassment to reveal their ignorance. Everyone has an opinion but only a few have any experience. The interest never goes away, though its intensity wanes as they explore other things.

The trouble is not everyone gets to move on. Black people, and other minorities, do not have the luxury of a passing interest in racism. It is their lived reality. A YouGov poll of black, Asian and minority ethnic Britons surveyed over the past two weeks reveals the extent to which prejudice and discrimination is embedded in society.

It found that two-thirds of black Britons have had a racial slur directly used against them or had people make assumptions about their behaviour based on their race. Three-quarters have been asked where they’re “really from”. (When I once told a man I was born in Hitchin, he asked, “Well where were you from before then?”).

More than half say their career development has been affected because of their race, or that they have had people make assumptions about their skills based on their race; about 70 per cent believe the Metropolitan police is institutionally racist; and the proportion of black people who have been racially abused in the workplace (half) is almost the same proportion as those who have been abused in the street.

Little wonder then that two-thirds of black people polled think there is still a “great deal” of racism nowadays. This is not a substantial difference from the three-quarters who say they think there was a great deal around 30 years ago.

As the public gaze shifts from the Black Lives Matter protests, these experiences will endure. They may be tempered by greater sensitivity; but heightened consciousness alone will not fix what ails us. The roots are too deep, the institutions too inflexible, the opportunism too prevalent and the cynicism too ingrained to trust the changes we need to goodwill and greater understanding alone.

I applaud the proliferation of reading lists around issues of race and the spike in sales for the work of black authors — people could and should be better informed. But we did not read our way into this and we won’t read our way out. The racism we are dealing with isn’t a question of a few bad apples but a contaminated barrel. It’s a systemic problem and will require a systemic solution.

This is a crucial moment. The nature of the protests thus far has been primarily symbolic — targeting statues and embassies, taking a knee and raising a fist. That ought not to be dismissed. Symbols should not be disregarded as insubstantial. They denote social value and signify intent. But they should not be mistaken for substance either, lest this moment descend into a noxious cocktail of posturing and piety. Concrete demands do exist. All Black Lives UK, for example, has called for the scrapping of section 60, which gives the police the right to stop and search, and the abolition of the Met police’s gangs’ matrix, an intelligence tool that targets suspected gang members. It also wants measures to address health disparities, particularly relating to black women and mental health, and the implementation of reviews that already exist, including the Lammy Review (on racial disparities in the criminal justice system), the Timpson Review (on school exclusions), and the McGregor-Smith review (race in the workplace).

But the only demand that has cut through has been the push for the education system to more accurately reflect our colonial past and diversity. The poll finds this has the support of about 80 per cent of black people — the same percentage that approved of removing a statue of the slave trader Edward Colston in Bristol. (Far from wishing to “photo shop” our cultural landscape, as the prime minister claims, they want their kids to learn more about it. They just don’t want the villains put on a pedestal.)

This is great, as far as it goes but, given the size of the constituency that has been galvanised in the past few weeks and the awareness that’s been raised, it doesn’t go nearly far enough.

The solemn declarations of intent and solidarity that flooded from corporations and governments will leave us drowned in a sea of racial-sensitivity training unless they are followed up by the kind of thoroughgoing change and investment that seeks to genuinely tackle inequalities in everything from housing and education to recruitment, retention and promotion. That costs money and takes guts; it means challenging power and redistributing resources; it requires reckoning with the past and taking on vested interests.

“When people call for diversity and link it to justice and equality, that's fine,” the black radical Angela Davis once told me. “But there’s a model of diversity as the difference that makes no difference, the change that brings about no change.”

The governing body of Oxford university’s Oriel College did not resolve to take down its statue of Cecil Rhodes because they suddenly realised that he was a colonial bigot. They did so because it had become more of a liability to keep it up than to take it down. Similarly, it was not new information about police killings that prompted the National Football League in America to change its position on taking a knee. They did that because the pressure was too great to resist. We have to keep that pressure up, albeit in different ways.

“If there is no struggle there is no progress,” argued the American abolitionist, Frederick Douglass. “Power concedes nothing without a demand. It never did and it never will.”

follow on twitter
RT @SRTRC_England: An exciting new role as head of #humanresources at #ShowRacismtheRedCard Please RT. #educatorsjobs @MichaelRosenYes @gar…
“We didn’t ask for Lady Hussey to resign. But, really, the monarchy must do better on race.” Wanting the monarchy t… https://t.co/Pmo9BYdWnf
RT @mikewhoatv: Riz Ahmed nails it…“where are you really from?” https://t.co/vbL0wJr9dW
RT @HertsSid: Lady Susan Hussey at Buckingham Palace be like https://t.co/hmTifZC32r
RT @ilfoglio_it: "Il razzismo c’è ovunque, l’antisemitismo pure, così come le persone mentalmente fragili o gli estremisti politici. Ma sol…
RT @LRBbookshop: This week's podcast is from our event celebrating the life and work of Dawn Foster Friends and colleagues @BizK1, @pierce…
RT @jhalakprize: Submissions for Jhalak Prize and Jhalak C&YA Prize Close on 9th December - https://t.co/yB28egOsIi
RT @eiecampaign: “1 in 3 nurses struggle to heat their homes and keep food on the table. Claps don’t pay the fucking bills.” @ZarahSultana…
RT @flying_rodent: It is remarkable that this - actively fucking over a big chunk of the public, screaming insults at them as loudly as you…
RT @ManchesterUP: Now available as Open Access! Amidst a searing critique of the university's neoliberal and imperial character, Remi Jose…
© Gary Younge. All Rights reserved, site built with tlc
Where to buy cellcept Buy sildenafil generic online What i should buy with tarceva Cost of phenergan suppositories Where can you buy keflex Get propranolol Bactroban ointment price ph Cheap generic lotensin Cheap sustiva canada Where can you get spiriva