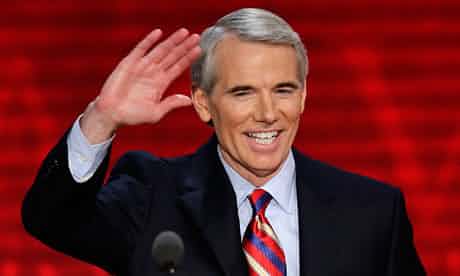 When Michael Wetherbee, an American Civil Liberties Union lawyer, rose to argue in favour of gay marriage before the Minnesota supreme court in 1971, one of the judges turned his chair round and refused to look at him. The petition was summarily dismissed. "The institution of marriage as a union of man and woman ... is as old as the book of Genesis," the ruling stated.

A year later, Madeline Davis, 72, rose before the Democratic National Convention in Miami Beach and argued for legal protections for gay equality. She described the decision by the Mattachine Society of the Niagara Frontier – a gay liberation organisation of which Davis was a founding member – to run a delegate for the convention as "an act of bravery and outrageousness".

She was followed by an Ohio delegate, with leadership support, who drew parallels between homosexuality, paedophilia and prostitution. Davis's proposal was defeated on a voice vote. "We knew we were at the beginning of something and had a huge task ahead of us," she says. "Back then we were trying to stop people from being kicked out of their jobs and harassed on the street. We knew we couldn't stop at the convention. We dedicated our lives to moving this along."

Recently it has moved some unlikely people in unlikely places an unbelievable distance. Last week, Illinois senator Mark Kirk became the latest high-profile Republican to come out in favour of gay marriage, shortly after Ohio senator Rob Portman. As recently as 2010, Kirk was against it. On Tuesday he said: "Life comes down to who you love and who loves you back. Government has no place in the middle." A week earlier, two separate cases regarding gay marriage came before the US supreme court. Anthony Kennedy, who usually provides the swing vote in the court, appeared mostly sympathetic to marriage equality.

"There are some 40,000 children in California," he said, who "live with same-sex parents, and they want their parents to have full recognition and full status. The voice of those children is important in this case." Not a single justice turned their backs on the plaintiffs.

The pace and scale at which acceptance of marriage equality has shifted, both nationally and internationally, is breathtaking. In 2004, gay marriage was legal in just two countries – Belgium and the Netherlands – and one American state – Massachusetts. That year, Republicans pushed referendums on gay marriage bans in swing states to leverage the evangelical vote, and won every one. Today, it's legal in 11 countries, nine states, three Native American tribes and Washington DC, covering almost one in five of the American population. If California and Illinois follow suit, as is likely, it'll be one in three. Back then, support for gay marriage ran at 21%; today it is 53% and Bush's 2004 campaign manager is an out gay man.

Obama "evolved" as a gay marriage advocate just in time for the last presidential election. Hillary Clinton recently found the faith before she decides if she wants to stand for the next one. Her husband, who as president signed the federal law limiting the definition of marriage to between a man and woman, has repented. Democrats in swing states are running to catch up; moderate Republicans with presidential ambitions are trying to get ahead of the curve. The professed source of these conversions is varied. Portman's son is gay; Kirk said he owed it to having a stroke and watching Lincoln; Obama credited his daughters.

But, whatever the individual justifications, the general trajectory is clear. All these "evolutions" coincide with blatant homophobia itself evolving from an electoral advantage to a liability. Even Rush Limbaugh, the arch-conservative talk radio host, who once said: "When a gay person turns his back on you, it is anything but an insult; its an invitation," now concedes that same-sex marriage is "inevitable".

There are several things we can learn from these developments, but for now let's concentrate on just three. First, there's nothing inevitable about it. Gay marriage is not an "idea whose time has come", it's a right whose impending arrival is due to people like Davis fighting to bringing it to us. They fought not because victory was plausible but because not fighting ensured defeat. "People forget that this did not erupt wholly from the head of Zeus," says Davis. "It did have a foundation. Those of us who did work hard all over the country did put in many days and many hours going through rejection." Not knowing whether the task they were undertaking was Sisyphean or merely Herculean, for years they called out in the wilderness until finally their voices were heard. (This is as true for reactionaries as it is for progressives, which is why no argument that divides us should ever be considered too marginal to be discredited. One day it may be mainstream.)

"The arc of history is long but it bends towards justice," said Martin Luther King. But it doesn't bend on its own, and the curve is anything but smooth.

Second, with a few exceptions, professional politicians have the spines of jellyfish. Their impulses are electoral not ethical. Far more adept at working out what is prudent than advocating what is principled, their political imagination can comprehend what is possible, but it rarely stretches to creating new possibilities. They do what they are forced to by people like Davis, who organise and fight to make them do it. In the words of abolitionist Frederick Douglass: "Power concedes nothing without a demand. It never has and it never will."

Finally, that idealism – when combined with action – is not necessarily an exercise in futility. It is the flesh on which pragmatic parasites feed. Nor is it naive to hope that what is not possible in the foreseeable future is nonetheless necessary and worth fighting for. That is the rock on which our rights are built. "It never occurred to us at that time that gay marriage was even possible," says Davis. What is true for gay equality is no less true for civil and disability rights, female suffrage and the eight-hour day all the way up to democracy itself. We owe our rights to people like Davis, who are "outrageous" and "brave" enough to fight for a society they insist upon even if they cannot quite imagine it materialising. If nobody dreamed of a better world, what would there be to wake up to?

follow on twitter
RT @MCRSociology: Gary Younge discusses identity politics and America with Will Hutton in this episode of @thewesocietypod https://t.co/72…
RT @mart_welton: Congratulations to all those getting their A-level results today. If you have BBB at A-level or above you can still apply…
RT @BernardineEvari: Please follow the groundbreaking online #MuseumofColour UK, founded by the unstoppable Samenua Sesher. The 1st gallery…
RT @EthnicityUK: Gary Younge is interviewed by @sonikkalogan about his work on racism and gun violence in @the_hindu #DataPoint podcast. h…
RT @thefreedomi: 🚨 NEW: Saudi women’s rights activist & academic Salma al-Shehab was sentenced to 34 years in prison + 34 year travel ban f…
RT @LRB: #DawnFosterForever! On Thursday 15 September at the @LRBbookshop, @BizK1, @piercepenniless, Lynsey Hanley and @garyyounge will d…
RT @ShowunmiV: This is how we support Black women and girls https://t.co/8YmgV21zHo
RT @sonikkalogan: It's #DataPoint Pod Thursday! In this week's episode, I talk to @noraneus, @garyyounge and @Casey_J_Wooten about the U.S.…
RT @bgnoiseuk: Next month, @LRBbookshop will host an event to celebrate the life and work of Dawn Foster with @BizK1, @piercepenniless, Lyn…
Help me Twitter. The quote: ""You can cut all the flowers but you cannot keep Spring from coming." is most commonly… https://t.co/Xs7JkiOEd5
© Gary Younge. All Rights reserved, site built with tlc
Where can i buy bepreve over the counter usa Mobic 15 mg price Cheap doxazosin Buy antabuse canada Can you take bactrim and levaquin together Addyi pill price Low price glucotrol Flonase nasal spray price walmart Where to get aldara creamaldara for sale Generic furosemide cost