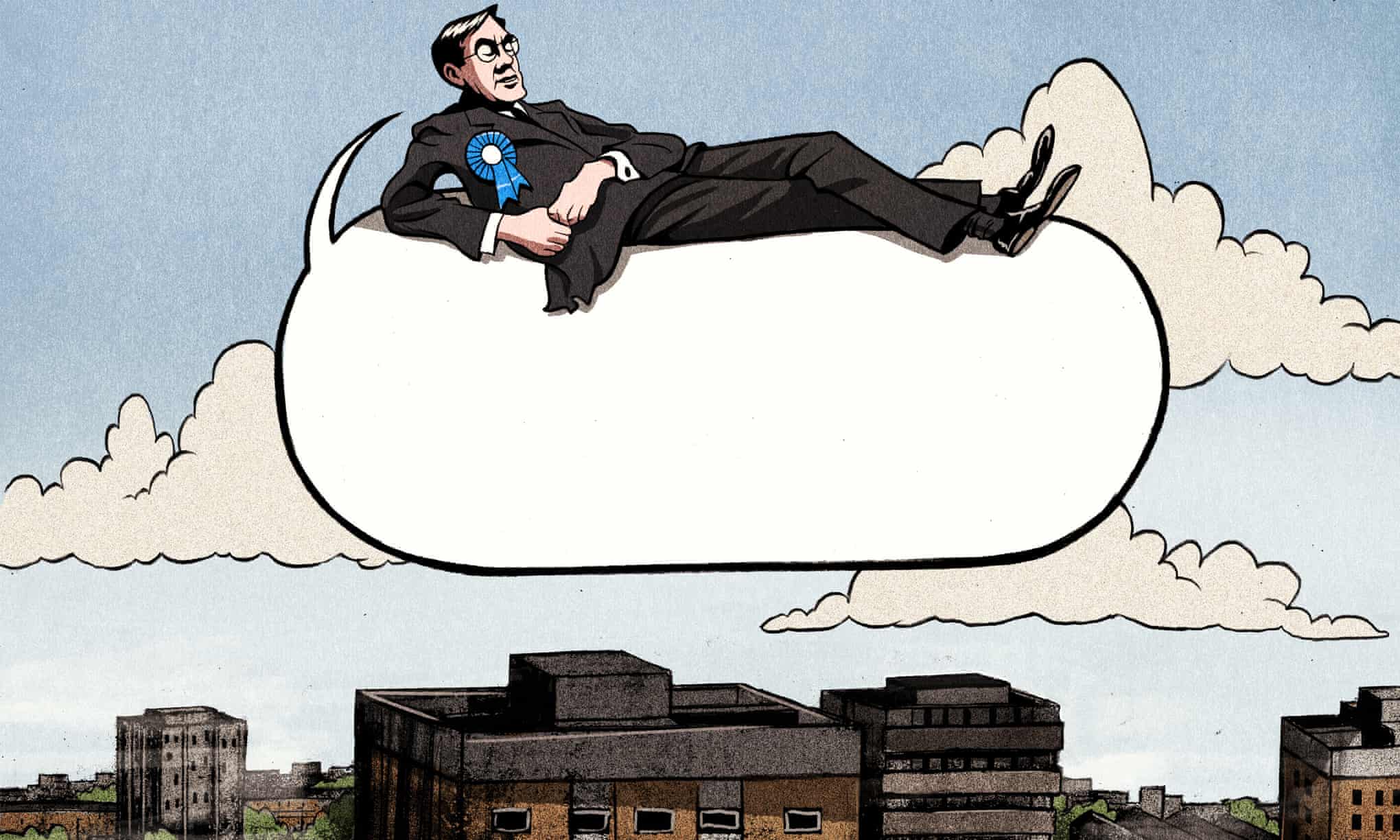 In a recent interview, the Indian novelist and campaigner Arundhati Roy described a tabletop mountain in the Indian state of Odisha as a symbol for who or what will rule the world. “For the mining companies, the mountain is worth the cost of the bauxite that can be mined,” she told me. “For the people … who live on that mountain it’s a water tank [that] has held the water of the monsoons and the plains for centuries. [To them] that bauxite is worth nothing if it’s outside the mountain.” That, she said, raises the question, “Can we leave the bauxite in the mountain?”

Like the tale about the mountain and the decision about the bauxite, politics is, largely, about choices and narratives. It’s a choice, not simply between different manifestos, policies and programmes, but between competing stories about who we are, what is important, how we got here and where we go next.

This week clearly showcased the value systems underpinning the choice both in this election and in the broader political moment, and how they are framed by the media. They were revealed in remarks made accidentally and extemporaneously in two radio interviews – in moments of candour in which the interviewee spoke unselfconsciously in order to make a point, not the news. They went viral because they illustrated bigger truths that are widely held but rarely openly claimed.

The first involved Lloyd Russell-Moyle, the Labour MP for Brighton Kemptown, on Radio 5 Live’s Emma Barnett Gets Answers. Barnett, who does get answers but rarely really listens to them, was quizzing Russell-Moyle about why Labour wanted to broaden the debate beyond Brexit. He steered the conversation towards inequality, saying of the rich: “You will have a decision. What side are you on? Are you on the side of the tax dodgers and the billionaires or are you on the side of normal working people?”

“Some people aspire to be a billionaire in this country,” said Barnett. “Is that a dirty thing?”

“I don’t think anyone should be a billionaire,” replied Russell-Moyle.

The second involved Jacob Rees-Mogg, leader of the House of Commons, who was asked by Nick Ferrari on LBC if race or class discrimination had anything to do with the Grenfell tragedy. Rees-Mogg said no, pointing instead to the flammable cladding and the residents’ decision to obey the fire brigade’s demands to stay put. “If either of us were in a fire,” he told Ferrari, “whatever the fire brigade said we would leave the burning building. It just seems the common sense thing to do and it’s such a tragedy that that didn’t happen.”

Russell-Moyle let slip a combative vision of a country in which there should be a limit to how much wealth any one individual might have at a time when our schools and hospitals are underfunded, real wages have yet to recover from the financial crisis, and 14 million people live in relative poverty, 4 million of whom are working.

He set that limit pretty high. A billion pounds is a lot of money. Very few people aspire to that level of wealth because it’s impossible to imagine. It’s more than anyone can count or spend. In Britain it’s not the realm of the 1% – the targets of Occupy Wall Street – but the 0.0002%. Nonetheless, it lays down a clear marker about the kind of country Russell-Moyle does not want to live in – where obscene wealth is possible amid widespread poverty. And he makes it clear it’s a vision he’s prepared to fight for.

Rees-Mogg gives voice to a sense of innate superiority that comes with the privilege of his class. If he lived in Grenfell Tower he would have survived because, unlike those who died, he has common sense. Having insisted the tragedy had nothing to do with class discrimination, his contempt drips from every word. Drawing Ferrari in to his orbit – “If either of us were in a fire” – you are left wondering what kind of people he thinks were actually in the fire.

His is a world where people who live in tower blocks do not know what’s best for them and die through deference, obedience or ignorance rather than survive through self-preservation, entitlement and determination. It is, in short, a world in which he is intrinsically better than other people.

Both statements are off the cuff; neither are sanctioned by spin doctors or are official policy. Yet each, in its own way, illustrates the values and priorities of the two major parties: the first uncompromising in its pursuit of a fairer future for everyone; the second arrogantly assuming the unfairness that exists is the fault of those who suffer the most, who should have made better choices.

Meanwhile the responses indicate how those agendas are treated by the media. When Russell-Moyle makes his point he is challenged doggedly. Barnett swaps the faux-outrage that fuels her drivetime shtick for what looks like genuine incredulity, pushing back instantly and insistently. Someone must speak up for billionaires, and Barnett defends them as though they are an oppressed group. “You are painting all billionaires as offshore, morally base individuals.”

When Rees-Mogg makes his point, however, he is given free rein. The scandal is not realised in real time – the outrage emerges later from social media. Ferrari listens intently while Rees-Mogg prattles on. “It’s rather sad to raise these kinds of points [of racism and classism] over a great tragedy,” Rees-Mogg says.

Challenge the existence of billionaires and you will be confronted in disbelief; utter a slur against those who die in a fire and you will get an uninterrupted hearing.

Finally, when faced with the furore they have caused, the two politicians’ responses couldn’t have been more different. Russell-Moyle doubled down, writing on the Guardian website: “The notion that billionaires should not exist is rather commonplace, and I am confident it’s an idea shared by the majority of the population.”

Rees-Mogg folded, issuing an apology in which he claimed he meant to say the exact opposite to what he actually said. Then another Tory MP stepped up to defend him, explaining that what he really meant was that he was cleverer than the fire service chiefs who gave the advice. He too then apologised.

These were only gaffes in the sense that both the Labour and Tory MPs were caught saying out loud what they actually believe. “The danger when Margaret speaks without thinking,” the late leader of the House of Commons, Norman St John-Stevas, said of his former boss, Margaret Thatcher, “is that she says what she thinks.” She was not alone. The challenge here is not that you might be caught in a lie. It’s that you might be caught in the truth and then have to explain yourself.