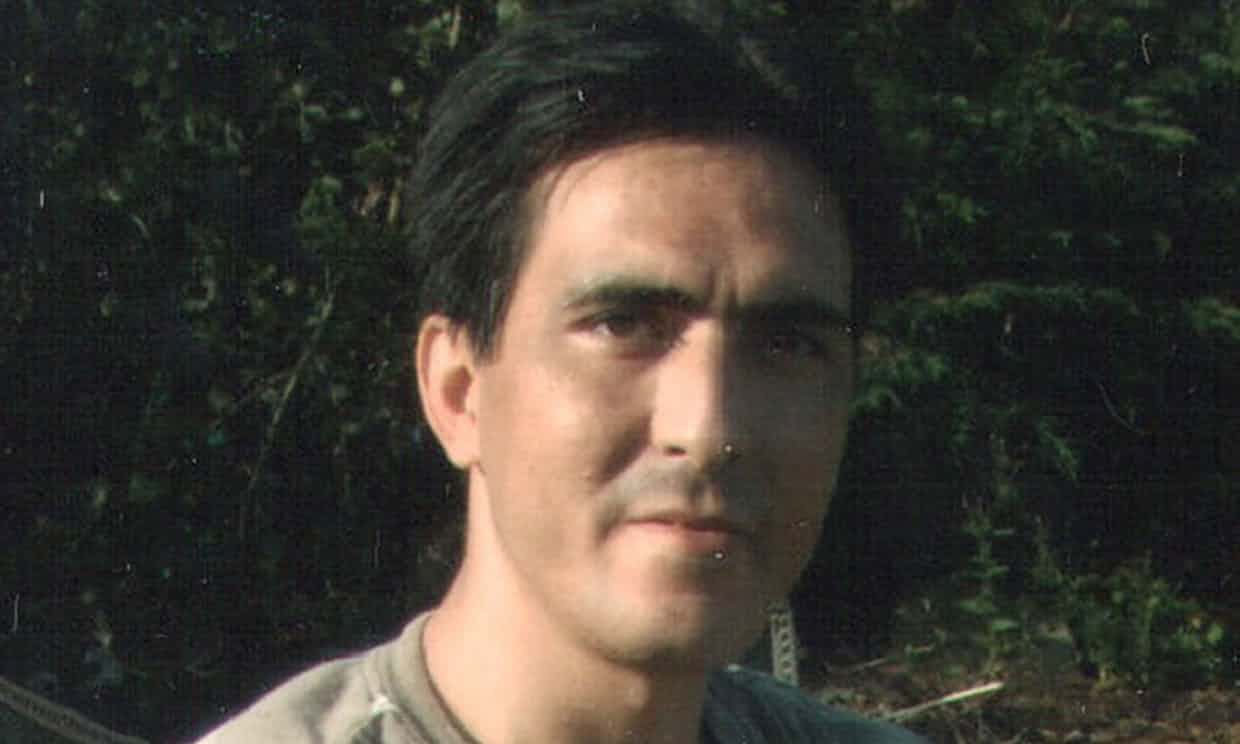 'It was pure racism': the family of Bijan Ebrahimi on their fight for answers
The Guardian,
Photograph: PA

There were two moments in particular when Mojgan Khayatian realised that the racism faced by her brother, Bijan Ebrahimi, went beyond the crude bigotry of individuals to the callous indifference of institutions.

The first came in 2007, after Ebrahimi’s flat in Bristol was set on fire while he was still in it. He survived and the council moved him. But before he left the first flat his sister came over to help him clean it up.

“The police arrived, grabbed Bijan and without any explanation put handcuffs on him,” explains Khayatian. “They said: ‘Someone reported that you were breaking into the flat.’ I explained to them that we were cleaning up but they wouldn’t listen. They were arresting him and it was only when a council officer came and told them the same thing that they took off the cuffs. But they didn’t say sorry. They just went away. That’s when I realised there was something not normal happening.”

The second moment came a month after Ebrahimi was beaten to death by one of his neighbours and then set on fire in July 2013. That was when the family realised that this systemic negligence would continue beyond the the grave. Khayatian and her sister, Manizhah Moores, went to lay flowers outside the flat accompanied by two liaison officers. They were still in the dark about what had happened to their brother and why the liaison officers would not tell them.

“When we emptied his storage cupboard we decided to give away the belongings that had no sentimental value,” explains Khayatian. “The liaison officers knew what had happened, but they allowed us to give his things to the people who were the actual cause of his murder. After we found out we were disgusted with ourselves. When I discovered that, I lost all my faith in the system and I knew more was coming.”

That realisation sparked a tireless campaign over four years by the two sisters both to find out what happened to their younger brother and to make sure that the world knew. Revelations along the way led to the jailing of one police officer and one community support officer for misconduct in public office and the dismissal of two other constables.

Earlier this week that campaign reached a milestone when the police watchdog the Independent Police Complaints Commission (IPCC) issued a report saying that the police repeatedly failed to protect Ebrahimi even as he constantly alerted them to the violent, racially-motivated hate campaign he endured at the hands of his neighbours.

Ebrahimi was the youngest of the family, who took care of his ailing parents in Tehran. When they died he sought refugee status in Britain and, after a brief stay in Leicester, went to Bristol to be near his sisters. Medical problems both with his knees and with his spine left him disabled.

“We were over the moon when he came here,” says Khayatian. “There was a guilt inside us because he had looked after our parents and even though he was the cleverest he hadn’t been to university. So we wanted to relieve ourselves of this guilt. It gave us an opportunity to look after him, to cook for him and wash his clothes. To really be there for him.”

The abuse Ebrahimi faced on the housing estate where he lived was unrelenting. Some harassment was relatively petty. He loved his tabby cat, Mooshi, so they kicked it. He adored his flowers and plants so the neighbour who led a vendetta against him encouraged children to vandalise them. But some was far more serious.

They spread a rumour that he was a paedophile, threatened to run him over and threw rocks at his doors. A few days before he murdered Ebrahimi Lee James barged into his house and beat him up on the pretext that Ebrahimi was taking pictures of his daughters. Over six years Ebrahimi called the police 85 times.

“I only knew one in 10 things that happened to him there,” says Khayatian. “He tried to make sure I didn’t worry.”

But what came to light during the investigation was the degree to which both the police and the council chose to ignore his pleas or believed other tenants instead of him. In 2009 police described him as “a serial complainer about his neighbours and investigations always reveal informant to be the aggressor”. The day James burst into his house and headbutted him, Ebrahimi was arrested for breach of the peace.

It was this systemic, institutional neglect that the sisters took on. They also named it for what it was: racism – a term most official reports have shied away from, referring instead to an unspecified “hate crime”. In her foreword the IPPC commissioner, Jan Williams, writes: “Some of the evidence has the hallmarks of what could be construed as racial bias, conscious or unconscious.”

In a previously sealed consent order, seen by the Guardian, the chief constable of Avon and Somerset constabulary admits to both a breach of Ebrahimi’s rights under article two of the European convention on human rights for failing to protect his life, and a breach of his right not to be discriminated against on the grounds of race.

“Bijan was left defenceless against the race hatred of other tenants because the very institutions whose duty it was to protect him are infected with the same racism,” said Tony Murphy of Bhatt Murphy solicitors, which acted for the family.

They got this far, says Moores, because the authorities originally misjudged them. “They thought these two sisters were going to be fobbed off with a few words. We were not the foreigners that they thought. Maybe we can tell them what to believe and they will go away. But we fought for this. We were there all the time. Every meeting they asked us to go to. We read every report.”

And it’s not over. The sisters claim the council also failed Ebrahimi and they are calling it to account too. “The main reason the police thought this was because the council said that Bijan was the troublemaker,” explains Moores. “They could have moved him to a better place. But they blamed him for the trouble because he wasn’t white.”

“We knew their action was pure racism,” says Khayatian. “And that encouraged us to fight for it.”

Bristol’s elected mayor, Marvin Rees, said this was “a horrific case which highlighted the need for many things to change”. He said the city council was “very sorry for any shortcomings that are identified”.

Bijan Ebrahimi was always a persistent younger brother, says Khayatian. “If we were playing some kind of game, and he thought he had the right answer, he was the kind of boy who would have continued researching more, to prove his point. He was very determined. If he believed something was right. He would stand by it. Everything that happened to him did make him more withdrawn but he never lost his spirit.”

It is this tenacity that comes through when reading the official reports. That somehow, even as the neighbours abused him, the police force either neglected or targeted him, and the council maligned him, he continued to insist both on his humanity and his rights.

In her foreword, Williams notes: “The most salutary lesson for the constabulary is underlined by the sad poignant fact that Bijan Ebrahimi kept faith with the police throughout. The Avon and Somerset constabulary misconduct panel noted that he remained respectful, cooperative and calm, if at times tearful. He was persistent in arguing his case, but nevertheless polite. Under extreme stress and provocation, at no point did he descend to profanity, to insult, to abuse. He never ceded dignity.”