'They want to take me away': immigrants under attack as Trump tries to rally Republican base
The Guardian,
Photograph: Smith Collection/Gado/Getty Images

Ricardo Fierro knew something was up. The morning of 24 Julystarted like most others in Racine, Wisconsin. He took his four-month-old daughter Josephine and went to check on his mother, who lives nearby and was recovering from an operation. But that day he sensed he was being followed by four vehicles with tinted windows.

As he drove home with Josephine the vehicles showed up again: two pickup trucks, a van and a regular car. At one stage they tried to box him in. He gave them the slip and reached home.

Not long after, the cars parked around the house. Fierro, 39, is the most prominent member of Racine’s Latino community. The former head of the Latino Chamber of Commerce and the League of Latin American Citizens (Lulac), he’d been on any number of advisory boards, for mayors, the school district and the county executive.

“My dad is very motivated,” explained Lizbeth, Fierro’s 18-year-old daughter and the eldest of his five children and two stepchildren. “He doesn’t stop ever. We’d be at home and he’d be dressed up and he’d say, ‘I have to go to a meeting.’ All the time: ‘I have a meeting. I have a meeting.’”

Fierro assumed they were political operatives from Mexico trying to intimidate him. He hadn’t been to Mexico for more than 20 years. But he had been vocal online and had received death threats. He called the police, whom he had once advised on racial profiling. Within minutes of the police arriving, Ricardo, who launched a ‘Know Your Rights’ campaign as the first chair of Racine’s Interfaith Coalition immigration taskforce, told them to speak to his lawyer and shut the door.

Then Ricardo, who is undocumented, turned to his wife, Maria, and said: “They want to take me away.”

The police assured Maria this wasn’t the case but when Ricardo finally emerged, the vehicles swooped back and surrounded him in a circle. Plainclothes immigration agents jumped out, handcuffed his hands behind his back as his nine- and six-year-old children looked on, and took him away to a detention facility.

The family and community rallied immediately, with a demonstration at Monument Square in downtown Racine and glowing testimonies from the current and former mayor and a range of local dignitaries with whom Ricardo had worked. The city council passed a 12-1 motion condemning his detention. 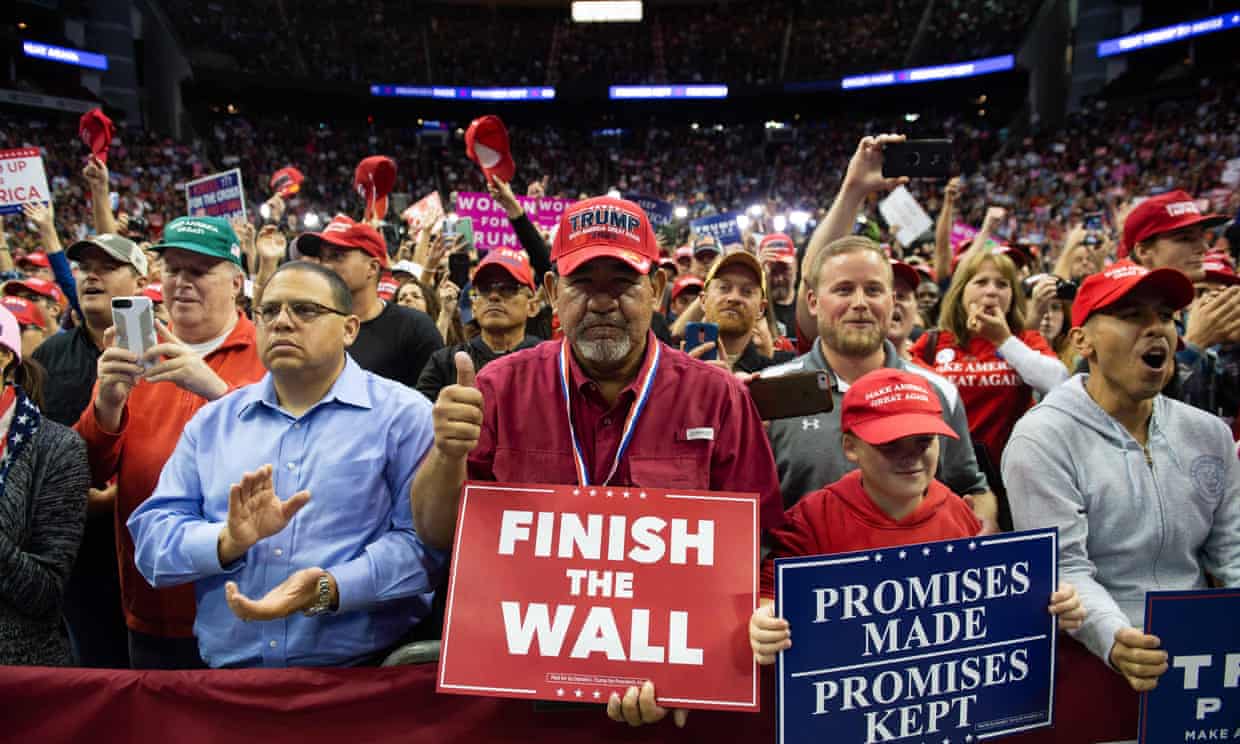 “The first month,” after her father was taken away, Lizbeth recalls, “there was a lot of crying. With the second month, I thought: he’s OK. With all the support he has he’ll be fine. But now it feels to me like he’s been gone forever. I think about it a lot. It’s really hard to focus every day. Sometimes I just start crying at school. And I don’t want to tell these people why. I don’t want the attention.”

Lizbeth celebrated her 18th birthday on 21 September. Ricardo called from prison and had organised several other inmates to join him in singing her happy birthday. Lizbeth cried. On 6 November there will be a hearing in Chicago that will decide Ricardo’s future. On that day, election day, Lizbeth will cast her first vote.

“I knew that once I turned 18 I would go out and vote,” she says. “My dad always talked about it. And any conversation we had was always politically based. I know with my vote I could change things like this. Votes do matter. Every vote makes a difference.”

Ricardo was one of the first. As summer progressed almost 40 people in this Wisconsin town of 80,000, with a Latino population of around 16,000, have been detained. One man was stopped in his car as he drove three friends to work. They were only looking for him but they were all detained. In a meeting with the Interfaith Coalition, the county sheriff described the fellow passengers as “collateral damage”.

Now an entire community lives in fear. People aren’t leaving their houses, not even to go to church. One man, who has stopped going to work, is living from odd jobs he does for church members who drive him to and from home. “People are terrified right now,” says Lizbeth. “They can’t live their everyday life like a normal citizen.”

Ricardo came to the US with his parents when he was 15. They overstayed their visa but he went back to Mexico a couple years later because his severely disabled brother needed medicine the family could not afford in America. The first time he tried to come back in with a false ID and he was caught and deported. The second time he was successful and made it back to Racine, where he has raised a family, embedded in the community and started a range of small businesses from a cleaning service to landscaping. He had been arrested twice, both times for driving without a license he couldn’t get because he was undocumented.

“He was probably the most upbeat personality you’re ever going to meet,” said Sue Spicer of the Interfaith Coalition. “I’ve known him since Lizbeth was a baby. He’s a born organizer. He’s always well dressed. I don’t think I ever saw him sloppy, often in a whole suit with a tie, but at least a sport coat.”

He helped start up a middle school, where he was the evening supervisor for homework sessions. “Unlike many people who are undocumented and withdraw from the community Ricardo was always heavily involved,” said Mike Frontier, who started the school with him. “He’s unique.”

Previously, Immigration and Customs Enforcement (Ice) targeted immigrants who had committed serious crimes. But an Ice spokesman informed the Racine Journal Times: “Ice will no longer exempt classes or categories of removable aliens from potential enforcement.”

The description that comes up most often is of a family man dedicated to his children’s education. The younger ones cannot fully grasp what has happened. When he calls from prison they ask: “Daddy, when are you coming home?”

During the 2012 Republican primary campaign Mitt Romney insisted: “We’re not going to round people up,” before advocating “self-deportation” with which conditions for being an undocumented migrant become so hostile that people leave because they simply cannot live (a hostile environment policy by another name).

But under Donald Trump, rounding people up is precisely what they’re doing.

With the midterm elections just two weeks away Trump is keen to galvanize the Republican base over immigration in a bid to stave off Democrats taking over the lower house of Congress. On Monday, Trump tweeted about illegal immigration five times, including three about a caravan of an estimated 7,000 Honduran migrants who have marched through Guatemala and are now in Mexico heading for America. He branded its impending arrival a “national emergency” and insisted there were “criminals and unknown Middle Easterners” among them.

His rhetoric has emboldened Ice to sweep through immigrant communities like Racine’s with impunity and has given license for citizens to vent their bigotry.

“I didn’t think Trump would be elected,” said Lizbeth, a self-contained teen who wants to go to art college after high school. “I thought he was a joke. When I thought about what it means for the country I thought: “Is this where they’re at? Is this where their heads are at? It changed the way I thought of people at school.

“Because once he was elected there were a lot more people who came out very bold and start saying mean comments about immigrants and Mexicans. People started saying really cruel stuff. I thought: wow, this is dumb, this is very dumb.”

Hispanics comprise the fastest growing ethnic group in the electorate, with 4 million more eligible to vote in these elections than the midterms in 2014. But it is also one of the groups least likely to vote, with turnout that has been falling for decades, partly because so many of these new voters are young, with 2014 reaching a record low.

While I was at Ricardo’s house a Democratic party canvasser came to the door. Lizbeth hopes this year, for the sake of her father and others like him, young Latinos will buck that trend. “In the community the families where the parents are undocumented and the children are citizens they are very on top of that,” she said. “Their families are saying: ‘If these raids are going to go on then you’ve got to get this done.’”