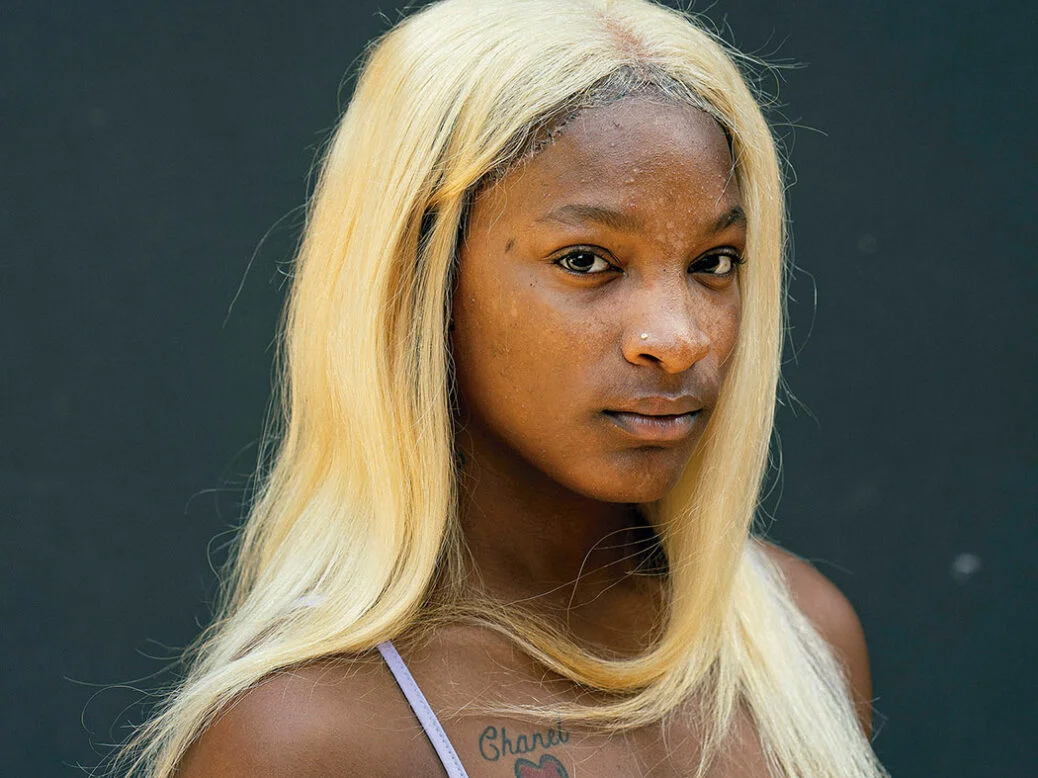 Invisible Child follows Dasani Coates and her family in New York as they battle a racist system that is rigged against them.

In 2010 the Dallas Morning News won a Pulitzer prize for a series on the economic, racial and cultural divide between the mostly prosperous, white north Dallas, and the mostly poor, black and Latino south of the city. The veteran foreign correspondent, Tod Robberson, said he approached the assignment as though he were writing from a foreign warzone. “I treat it as if readers in north Dallas have no idea what’s going on there [in south Dallas],” he said. “I explain it the way I would if I was writing about Lebanon.”

The divisions bequeathed by economic inequality and social segregation bring a whole new meaning to the term “social distancing”: people who live miles apart in the same city can have such fundamentally different life experiences that they might as well be in another country. Journalists are not immune to this dislocation: indeed, they are far more likely to be wealthier, white and well-educated than the public at large. (With more than a third of Britain’s newspaper columnists passing through private school and Oxbridge, this country is no better.)

For the most part journalists simply do not occupy, cannot relate to and have little experience of the worlds that they cover, even when those worlds are a short bus ride away. So they venture, episodically, into the “unknown”, like Joseph Conrad did in Heart of Darkness, to anthropologise the socially excluded who routinely escape their gaze, and to send dispatches from the front lines of race and poverty. None of this is inevitable. With enough reporting, research, self-awareness, curiosity, empathy and, crucially, time, it is possible to produce the kind of immersive journalism that informs its readers about the lives, challenges and aspirations of those who live on the margins without excoriating or exoticising its subjects.

Invisible Child is one such piece of journalism. Andrea Elliott, an investigative reporter for the New York Times, tells the story of a tight-knit black family of eight children and two parents from New York City who are gradually being unpicked by poverty, drug addiction, bureaucratic indifference, bad luck, bad choices, criminality, racism and generational dysfunction, and their efforts to weave themselves back together through resilience, pride, love, defiance and devotion. This is non-fiction writing at its best – uncluttered, evocative and well-researched.

The story’s central character is Dasani Coates (named for the bottled water), the eldest daughter, who journeys from childhood into adolescence shuttling in and out of rodent-infested homeless shelters, foster homes, courtrooms, state and private schools, the projects and the streets. We meet her aged 11 – an impressive, precocious, impulsive, belligerent, perceptive girl: compelling in every way. “There are three ways to be popular,” her mother tells her. “Dress Fly. Do Good in School. Fight.” Economic circumstances mean the first is not an option: the other two she pursues with vigour.

But Dasani is nothing without her supporting cast of siblings, in which she plays a parental role from her earliest years; her mother Chanel (named for the perfume), who vacillates between tough, tender, absent and strident, as she struggles with drug addiction; her brooding stepfather Supreme, an eccentric autodidact prone to occasional bouts of violence, frequent drug use and depression; finally, the crucial extras of extended family, teachers, caseworkers, lawyers, and foster families, who may help or hinder. The amount of space devoted to the minor characters in this latter category is the only serious criticism of the book. We are too often given potted biographies of people we never hear of again.

Invisible Child emerged from a series on poverty Elliott wrote for the New York Times in the wake of the 2008 financial crisis and the Occupy Wall Street movement. Dasani’s story, which ran on the front page in late 2013, became totemic in a moment of electoral flux in New York – after the election of Democrat Bill de Blasio as mayor on a populist message, but before his business-friendly predecessor Michael Bloomberg had left office. Dasani briefly became the poster child for both the city’s failings and its potential – sharing a stage with Hillary Clinton and Harry Belafonte, among others, at de Blasio’s inauguration.

Dasani’s headteacher leverages this fame into a successful application to a private boarding school in Pennsylvania for children with proven academic potential who come from challenging circumstances, set up by the chocolate magnate Milton Hershey. This is Dasani’s big break; but while she thrives there (track team, cheerleader, good grades) she never quite feels at home. Meanwhile, her family back in New York is collapsing. Drug use, destitution and desperation, all compounded by institutional neglect, conspire to leave Supreme home alone with the children, without money, food or running water. The state intervenes, breaking up the family and sending the children to three different foster homes.

Dasani blames herself and tells her mother she wants to come back. Chanel, who may have the children taken away from her for good, explains that there is no home for her to come back to. In an act of premeditated self-sabotage, Dasani gets into a fight at Hershey and is eventually expelled, so she can return anyway.

This is not a polemic. Elliott bears witness but does not preach; she shows but rarely tells. She does not pretend to be a neutral bystander (how could you immerse yourself in a struggling family for eight years and not root for them?) but does not intrude on her own storytelling. It is not a morality play either. The villains are too elusive and the heroes too flawed for that. This is structural, generational poverty at work in all its gruesome, demeaning inhumanity and punitive, institutional brutality. People keep telling Dasani not to be a statistic. But the statistics are edifying. In a city with one of the highest rates of inequality in an already unequal country, with the most segregated school systems in an already segregated country, 94 per cent of the children removed from their parents by the state are non-white. More than half of all black children in the United States are subjected to at least one child protection probe before turning 18.

It only makes sense to talk about what is possible in terms of personal responsibility and good and bad choices if that conversation is also framed in terms of what is likely, given the outcomes of racial capitalism: a society where you name your kids after products you cannot afford. The two most dependable women in Dasani’s life – her teacher Ms Hester and her mother’s godmother Sherry – both end up homeless due to eviction and foreclosure respectively.

A 2014 paper presented to the Federal Reserve Bank of Boston showed that, by the age of 40, high school dropouts born to rich families are as likely to be earning high salaries as college graduates from poor families. The Washington Post put it more succinctly: “Poor kids who do everything right don’t do better than rich kids who do everything wrong.” “The real explanation of why the poor are where they are,” wrote Michael Harrington in his landmark book on poverty The Other America, first published in 1962, “is that they made the mistake of being born to the wrong parents, in the wrong section of the country, in the wrong industry, or in the wrong racial or ethnic group. Once that mistake has been made, they could have been paragons of will and morality, but most of them would never even have had a chance to get out of the other America.”

There is no happy ending here – Khaliq, Dasani’s elder stepbrother, will go on trial for murder and Supreme and Chanel break up, at least for now. But it is not a hopeless story either. Neither Dasani nor the rest of her family are “paragons of will and morality” but nor are they, as Zora Neale Hurston would have put it, “tragically coloured” either. Elliott portrays a family bound together by a fierce love even as it is threatened by deep dysfunction – when they move into an apartment with several bedrooms they still drag their mattresses into the living room and sleep on top of one another as they did in the shelter.

It is hard work being poor and they put the hours in. Chanel hustles, lobbies and fights to bring her family back together; Dasani is the first in her family to graduate from high school. It is Dasani who has the chutzpah in court to defy her state-appointed lawyer, and argue that it is not in her and her sisters’ interests to be taken from Chanel permanently and put up for adoption. “What’s not in dispute,” says the judge, “is that you love your mother. What’s not in dispute is that your mother loves you. What’s not in dispute is that long after we’re out of your lives you’re still going to be a family.”

“How can we be a family when we’re all separated?” replies Dasani. “How can we be a family when I can’t even see my sister when she turned eight yesterday? That’s not a family.” Against all odds, social services back down; Chanel is reunited with her kids. They make the familiar trek up to the Bronx to enter the homeless shelter system once again. But at least they are together. This is what victory looks like when a system is rigged.