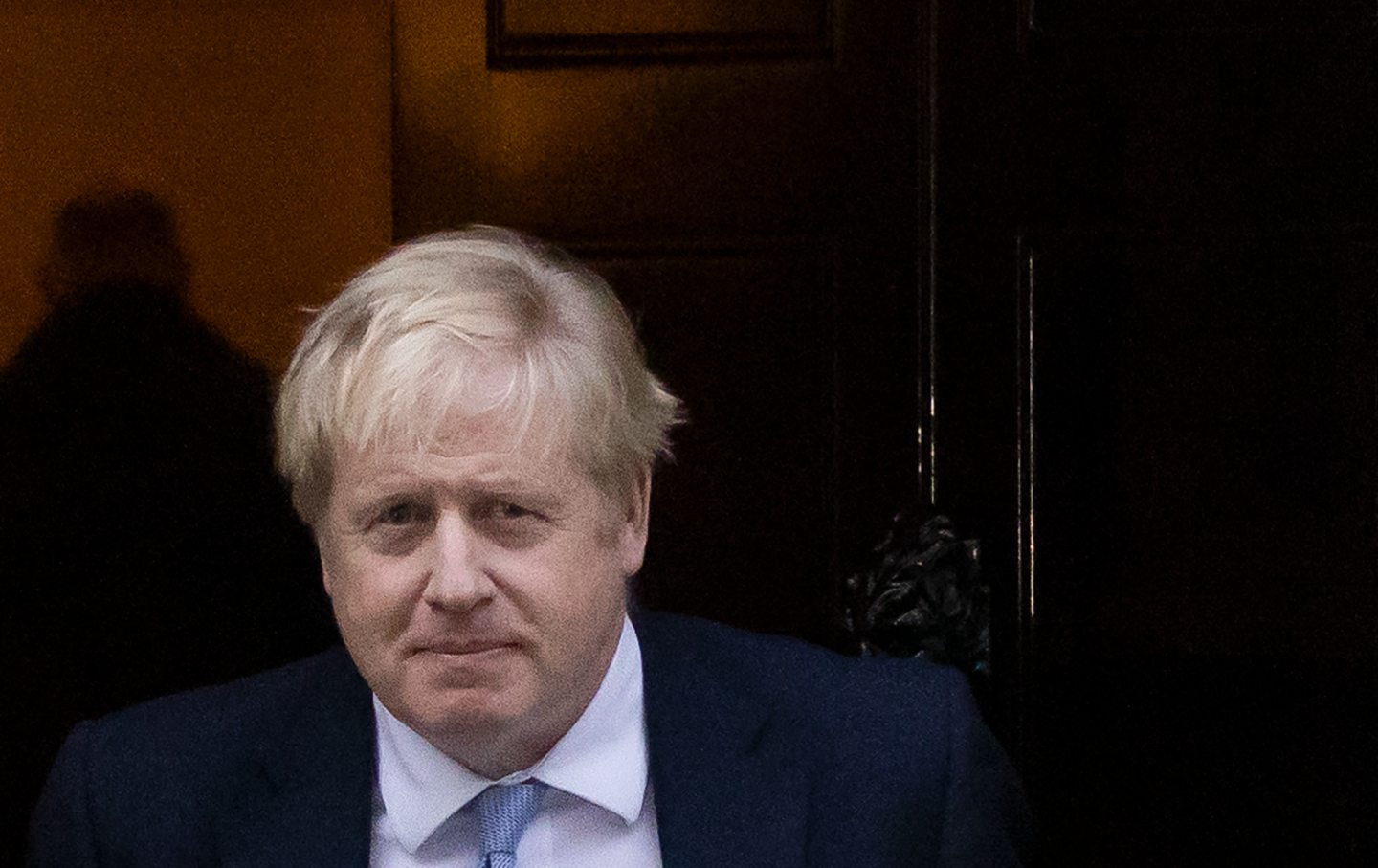 It’s Boris’s Party and Apparently He Can Booze if He Wants To
The Nation,
(Dan Kitwood / Getty Images)

London—We’ve all been there. You show up for a meeting at work with your fiancé, having been asked to bring your own booze, and find 100 people there drinking alcohol and enjoying nibbles, only to figure out, 25 minutes later, that you’re actually at what some people would call “a party” in your own garden.

This was British Prime Minister Boris Johnson’s tortured defense when provided with incontrovertible proof that while the rest of Britain was in lockdown, he had attended a gathering in his own garden at 10 Downing Street—breaking the very rules he himself had set.

This should not, of course, be confused with the day he was “ambushed with a cake” on his birthday in the presence of 30 other people, including family and a friend, who partook of food and drink and sang “Happy Birthday” in what he denies was a birthday party. Or the 14 other “gatherings” alleged to have broken lockdown rules that were investigated by senior civil servant Sue Gray.

Gray’s report, delivered earlier this week, is devastating. She identified “failures of leadership and judgment by different parts of No 10 and the Cabinet Office,” and found: “Some of the events should not have been allowed to take place. Other events should not have been allowed to develop as they did.” It is indicative of just how much of a party atmosphere had gripped the heart of government during the middle of the pandemic that the first choice to write this report, Simon Case, had to withdraw after it transpired that he had attended at least one of the parties himself. The gatherings, Gray concluded, “represent a serious failure to observe not just the high standards expected of those working at the heart of government but also of the standards expected of the entire British population at the time.”

Among other things, Gray identified a drinking culture at 10 Downing “not appropriate in a professional workplace at any time.” The staff bought a mini fridge for their booze and wheeled a suitcase of wine from a nearby store for a party the night before the queen mourned alone for her recently deceased husband.

The small consolation Johnson may enjoy for now is that it could have been worse. Gray unveiled 16 gatherings but was only able to report in detail on four—because the Metropolitan Police are now investigating the other 12. They asked her to minimize comments about the vast majority of the cases because publishing her findings might prejudice their investigations. Johnson must hope the police take their time and people get bored with the whole thing.

This is possible but unlikely. And even he manages to change the subject, that might not help him much either. Taxes and fuel prices are about to rise, while inflation is high and wages are falling in real terms.

It is more likely that Johnson will limp along, hemorrhaging credibility as the story rumbles on. A small but growing number of Conservatives are now calling for him to resign. If 15 percent of the parliamentary party submit letters of no confidence, then the Tory caucus will vote on his future. This is how the Tory party tends to deal with leaders it believes to be a liability. Three of the last four Conservative prime ministers—Margaret Thatcher, David Cameron, and Theresa May—were effectively ousted by their own side. Only John Major was rejected in a general election. Johnson’s vulnerability is real, even if it can be overstated.

Everybody here has a lockdown story: ailing grandparents or newborn children who could not be hugged, funerals attended over Zoom, and life cycle events missed. The idea that the powerful were partying while the nation deprived itself of social contact rankles across the political divide. Polls show that just under two-thirds of the country think Johnson should resign. With police now rifling through 300 photographs and 500 further documents, there are almost certainly more serious revelations to come.