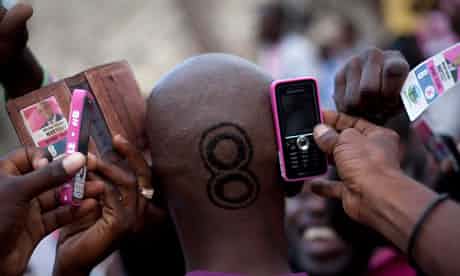 On 24March the Portuguese prime minister, Jose Socrates, resigned after all the opposition parties rejected his austerity plan, which included slashing pensions by more than €1,500 a month and more cuts in tax benefits. His government's collapse triggered an election, which could not take place for another two months. During the interim Socrates stayed on as acting prime minister and reached an agreement with the European Union and the International Monetary Fund for a €78bn bailout. The terms? Almost exactly the same as those proposed by him and rejected by the Portuguese parliament six weeks earlier.

When the elections finally took place the political class could sense a certain degree of cynicism. The Portuguese president, Anibal Cavaco Silva, warned voters they could not complain about what politicians did "at a time of sacrifice and serious doubts about our future" if they did not take part. But the future had already been decided. With major economic decisions rejected and then imposed by powers beyond their control, there was precious little to vote on. At 58%, turnout was the lowest since Portugal became a democracy. "[When people] see the prime minister go to Brussels to announce austerity measures, they understand that the government itself decides very little," the political analyst Marina Costa Lobo told Agence France Press.

The basic assumption about electoral politics in a democracy is that the process connects popular will to political power. In the absence of that fundamental assurance, disaffection and the cynicism that comes with it are almost inevitable. Elections become discussions not about who or what will or could change, but just who will win, and politicians become performers, embraced for their ability to articulate the concerns of the electorate without any real sense that they might meaningfully address them. In the gap between democratic aspirations and the stasis of the political class, legitimate resentments fester. Where solutions are needed, scapegoats are offered. With a handful of exceptions (including the US) voter turnout is falling across the globe while confidence in electoral politics is fading. According to a Gallup poll from 2002, majorities on every continent believe governments do not represent the will of the people.

This is not a new dilemma. The question of how to render democratic engagement viable at the national level within the context of neoliberal globalisation has been a key question for some time. "By many measures, corporations are more central players in global affairs than nations," writes Benjamin Barber in Jihad vs McWorld. "We call them multinational but they are more accurately understood as postnational, transnational or even anti-national. For they abjure the very idea of nations or any other parochialism that limits them in time or space."

But the nature of the economic crisis has intensified the implosion of democratic legitimacy within nation states and made the consequent contradictions particularly acute. When the Greeks default and how (few believe they won't) is a matter for the EU, the IMF, the bond markets. The Greeks will find out with the rest of us.

In this context the huge demonstrations on the streets of Athens and elsewhere, while encouraging to the left on an emotional level, seem more like expressions of impotent rage than a strategic intervention. It is telling that the youth protest movement that has emerged around Europe is called the indignant ones. They're angry. But there is little sense that they see the polling booths as a means to get even, or that some other route has emerged that might also be effective. This comes more by way of critique than criticism. For now anger may be all that is available.

"The big question is whether any political force is capable of stemming the tides of globalisation – of capital, trade, finance, industry, criminality, drugs and weapon trafficking, terrorism, and the migration of the victims of all these forces," writes the eminent sociologist Zygmunt Bauman, who has spearheaded much of the thinking in this area. "While having at their disposal solely the means of a single state."

This global south, saddled with colonial legacies, overbearing neighbours, interfering sponsors, is no stranger to these democratic deficits. In June 2009 the Haitian parliament unanimously passed a law that would raise the minimum wage to $5 a day. Given Haiti's endemic poverty and brittle democratic culture, the fact that an elected parliament could pass a law that would earn such popular support was encouraging.

The US thought otherwise. According to WikiLeaks, the deputy chief of mission at the US embassy, David Lindwall, insisted the law (which would have paid Haitians less per day than the US minimum wage per hour) "did not take economic reality into account" but was a populist measure aimed at "the unemployed and underpaid masses" (as though this were a bad thing).

A series of articles based on the WikiLeaks cables by a Haitian paper, Haiti Liberté, in collaboration with the US magazine the Nation , revealed how the US then lobbied alongside factory owners, including contractors for some of the priciest jeans and underwear in the west, to force the 38p an hour rate in the poorest nation in the western hemisphere even lower.

They pressured the former Haitian president, René Préval, to undermine the popular democratic will in the interests of greater profits for garment manufacturers until he created two-tier minimum wage with workers in the textile industry getting just £1.86 a day.

Two years later, during presidential elections, the US was back, interfering even as it preached democracy and good governance. The country's main party, Fanmi Lavalas, was excluded and turnout was only 24%. The former singer Michel Martelly – who has previously allied himself with coup leaders and a convicted human rights abuser – was elected with the help of a Spanish marketing company.

Martelly's "victory" crudely illustrates the broader nature of electoral politics in a period in which the outcome has little relationship to who wields power. For without that basic connection two key questions arise. Why vote if real power resides beyond democratic control? And why stand if you won't be able to do anything? The first is answered in the low turnouts. But the second answer comes by way of the transformation of a singer into a politician by way of marketing.

Given their inability to deliver a great deal politicians have to provide some other justification for their existence, and entertainment is often a proxy. Take Sarah Palin, who moved effortlessly from vice-presidential candidate and Alaska governor to reality show star and media pundit. She clearly has no more interest in holding political office – there is more money, status and power being a media personality. But in order to sustain her brand she must keep up the speculation that she might return to the fray. So she rides around the early nominating states, mixing it up but remaining coy. Electoral politics is part of the act.

This is not to say that voting is necessarily a waste of time or that all politicians are performers. The outcomes of national elections can be relevant but the parameters for that relevance are narrowing to within fairly slim margins. National electorates may chose the protagonists. But increasingly it is global economics that shapes the narrative.