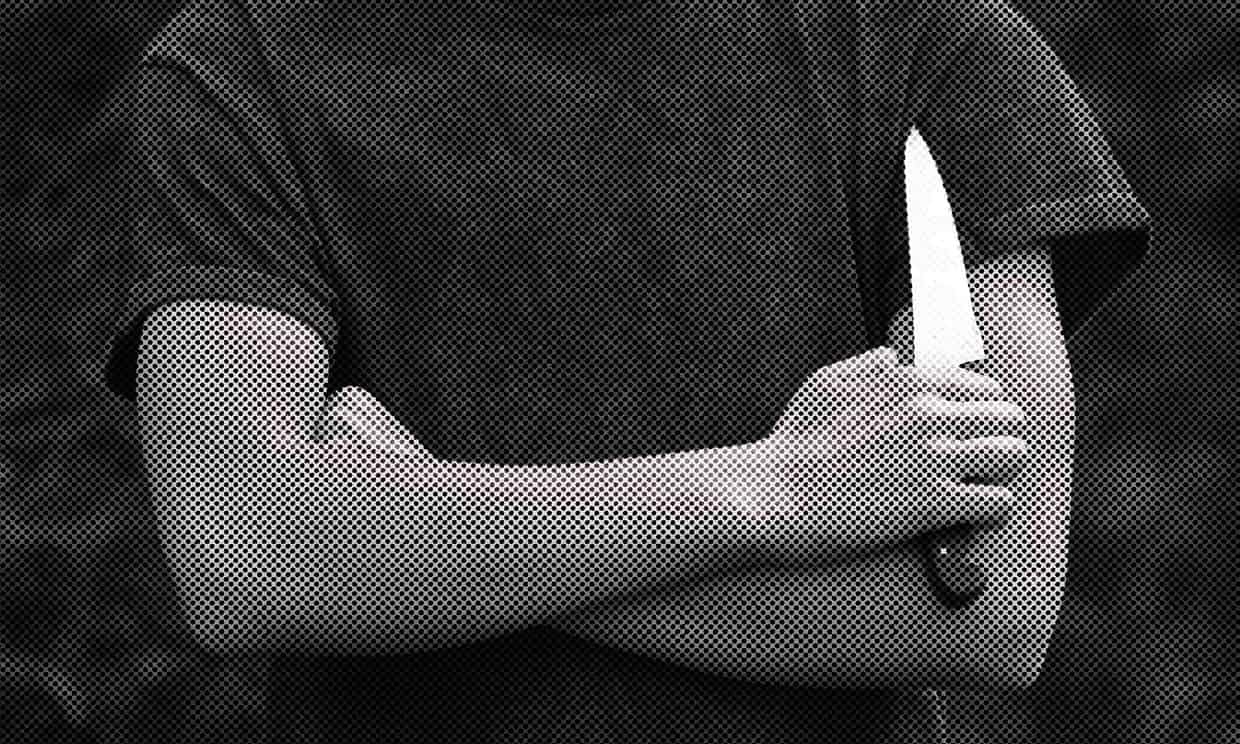 Beyond the Blade: exploring knife crime in the UK – sign up for email updates
The Guardian,
Photograph: Alamy Stock Photo

Shortly before I left the US in 2015, where I’d been reporting for 12 years, I wrote a book about all the children and teens who had been shot dead in America in a single day. The aim was to both tell the stories of those who had perished and explore the themes that emerged from their deaths. When the book came out in Britain last year several people at readings asked if I’d ever considered doing something similar here.

While gun crime is a problem in the UK, it is thankfully not at such a scale. But the longer I was back in Britain, the more it became apparent that I could undertake a similar project with regard to knife fatalities. Last year we think that 25 children and teens were killed by knives or sharp objects. (It is difficult to arrive at a definite figure because there is not a publicly available national figure – part of our aim is to publish this so we can properly understand the problem).

The media generally approaches these deaths with a mixture of episodic zeal and predictable sensationalism. Some stories are told at length; others are almost completely ignored. Sometimes the media engages with the issue as though gripped by a moral panic; then come long periods when the subject is rarely covered.

This year, in Beyond the Blade, we intend to approach the issue thoroughly and consistently. My colleague, Damien Gayle, and I intend, wherever possible, to write about the life of each child and teen who dies from knife crime. Where there are themes that emerge from their deaths, we want to investigate them. Where there are people looking for solutions, we want to talk to them. In these fortnightly email newsletters, we’ll keep you updated on our progress.

We will be reaching out to readers across the UK to learn about local initiatives dealing with the issue, and to engage with professionals in a range of fields — education, youth work, policing, mental health, as well as community organisers — to inform our work. If you would like to get involved, please do so here.

Such a project entails some serious challenges. Legally, after an alleged assailant is charged we can say very little about the circumstances of a death until and unless they have been found guilty. Trials can take several months to come to court and police often advise families not to talk to the press until after a trial. We will be unable to open comments on our pieces for legal reasons.

There is also the issue of access. We will approach the families of each victim to ask if they would share their stories with us. But they do not owe us their stories. And we have no right to insist.

But by the end of the year, with your help, we hope to have a far more considered understanding of the issues surrounding knife crime and the possible solutions that will help prevent these fatalities. Please join us.