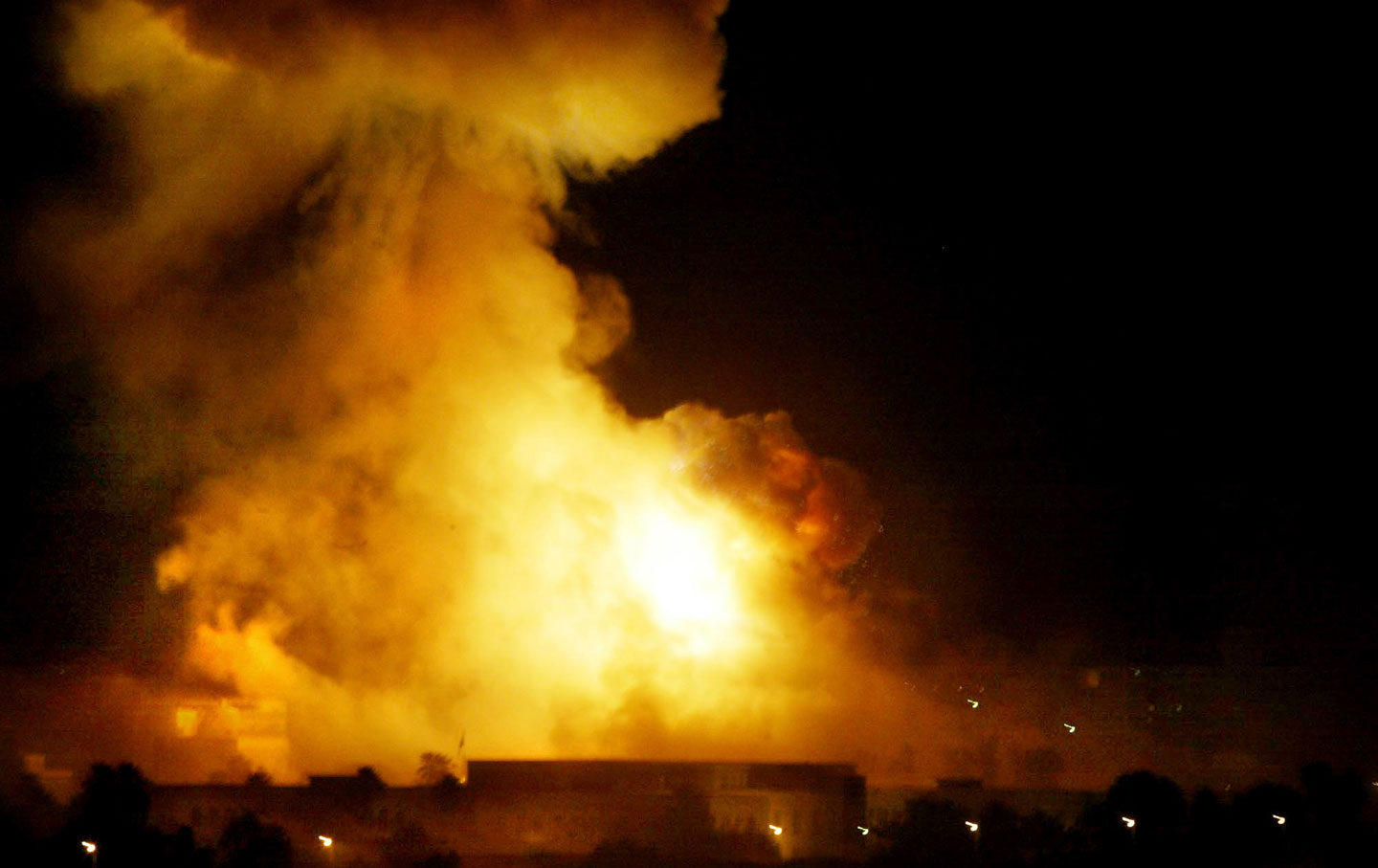 “If a man beats his head against the wall,” the Italian Marxist Antonio Gramsci once wrote, “it’s his head that breaks and not the wall.”

In the wake of the horrific attacks in Paris, the British political class has been suffering terrible headaches. Britain’s neighbor and intermittent ally, France, has been attacked by the so-called Islamic State (ISIS); once again, the country seeks a clear and defiant response in support of a friend, just as it did after 9/11; once again, all its leaders can come up with is more bombing—this time, against ISIS in Syria. The logic is always the same: We must do something. Bombing is something. We must bomb.

They have done this before, in Afghanistan, Iraq, and Libya. Not only did it not make anything better, it actually made things a lot worse: The chaos caused in the latter two countries created the space for ISIS to thrive. But they just can’t help themselves. And so they approach the wall once again, and apply their heads to it with somber resolve. It’s a tough and dirty job, but somebody has to do it.

In the aftermath of the Paris attacks, there are two main issues to resolve: how to defeat ISIS, and how to minimize the chance of further attacks. The questions are related, and there are no definitive answers to either of them.

It appears likely that no diplomatic or political solution can be achieved with an organization like ISIS, and thus some kind of military intervention might be necessary. But it’s clear that extending and intensifying the bombing will not yield a solution: The United States and France are already bombing ISIS in Syria, to precious little effect; adding British bombs to that will make next to no difference, not least because there are precious few targets left. If bombing hasn’t done the job so far, it’s difficult to see why it would now. If they are serious about defeating ISIS—as opposed to punishing civilians—they would have to commit ground troops. But the truth is, while these countries have the appetite for global domination, they don’t have the stomach for it.

Which brings us neatly to the second point: The West’s desire to intervene in the name of civilization and Enlightenment values betrays a stunning lack of self-awareness. The military and philosophical force with which it makes its case for moral superiority, and then contradicts it, is staggering.

As George Orwell pointed out in “Notes on Nationalism”: