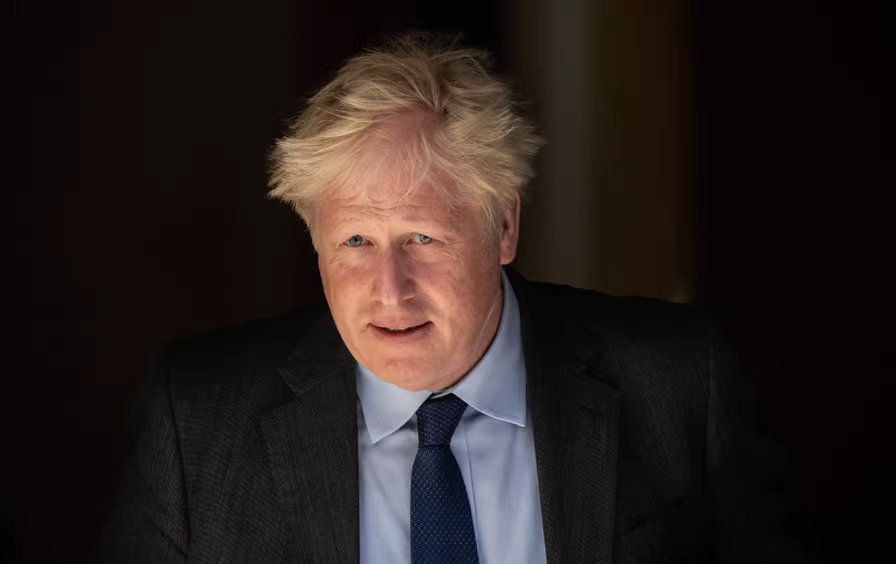 When British Prime Minister Boris Johnson arrived at St Paul’s Cathedral earlier in June for the Jubilee Thanksgiving service, the flag-waving royalists took a break from their revelry to boo him. The next day, he received notice that the number of parliamentary colleagues calling for a vote of no-confidence in his leadership had reached a threshold, and he would effectively have to run again for his job.

Forty-one percent of Tory MPs called on him to go. That was precisely the same percentage that refused to back Margaret Thatcher in 1990. She resigned two days later. It is less of an endorsement than Theresa May received in 2018. Five months later, she announced that she was stepping down. For the moment, Johnson has decided to tough it out, insisting it was an “extremely good, positive, conclusive, decisive result.”

It wasn’t. Johnson’s capacity to survive politically used to earn him comparison with escape artist Harry Houdini. But increasingly he more closely resembles that tiresome last guest at one of his now-notorious lockdown parties who refuses to recognize that it’s time to go and scours the specially imported desk fridge for one last beer even after a police caution. When a Tory prime minister is heckled by royalists, the jig really is up.

But Johnson has clearly decided that if he’s going down, he’s going to take the country with him. At this point the scandals in which he is embroiled are not just political but ethical, legal (both domestic and international), electoral, and personal—all this at a time when inflation is at 9 percent, consumer confidence is at a record low, the railways are on strike, teachers and nurses are threatening to walk out next, and, according to a BBC survey, more half of British people say they have skipped a meal because of rising food prices.

The Tory party rulebook dictates that there cannot be another vote of no-confidence for another year. There shouldn’t need to be. Johnson remains not because he is defying political gravity but because of political propriety. Just when you think you’re watching the season finale, he keeps showing up for one more very bad, highly implausible, and utterly chaotic episode.

His most recent humiliation came at the ballot box, where special elections in two very different constituencies delivered significant Tory defeats. Tiverton and Honiton, a safe Tory seat for well over a century, went to the Liberal Democrats with the biggest numerical majority ever overturned in a special election. This matters because if Tiverton is not safe for the Tories, then nowhere is. There are places in Britain that may never vote Labour but may very well chose the Liberal Democrats as a protest vote. Of the 91 seats where the Liberals are in second place, Tories hold the seat in 86 of them; in Tiverton, the Liberals came third in 2019.

The second was Wakefield, a seat in the so-called red wall of Brexit voting seats in northern England and the Midlands, that switched to Conservative from Labour at the last election but went back to Labour this time. This matters because it suggests Labour can win these seats and therefore the country, though the modest margin of victory should caution against over-confidence.

While Johnson’s ethical lapses haven’t been on that scale, they are legion, constant, and shocking. A week before the by-elections, his second ethics adviser resigned after telling a friend he was “sick of being lied to.” In April, Johnson became the first serving prime minister found to have committed a criminal offense, after police fined him for attending a birthday party in Downing Street during the lockdown. A police investigation into the parties resulted in 126 fines issued to 83 people; at least one person received five fines.

This was the backdrop to the vote of no-confidence Johnson received earlier in June. Enough of his party was prepared to put up with Johnson’s transgressions so long as he was still popular; but the party scandal reeked of entitlement and bacchanalia at a time of suffering and austerity. The special election results confirm that he is a liability.

Two things make it possible for him to remain—albeit tenuously. The first is that, unlike with May or Thatcher, there is no obvious successor within the Tory ranks. The second is that while the Labour party is benefiting from his misfortune, it has yet to convince voters that it has a plan to govern. When the Conservatives were poised to carry out their plan to deport asylum seekers to Rwanda, Labour leader Keir Starmer refused to confirm that his party would oppose the plan on principle. (Instead, the deportations were blocked by an 11th-hour decision of the European Court of Human Rights, of which the UK is a signatory by dint of its membership of the Council of Europe—which has nothing to do with the European Union.) When the railway workers went on strike over a proposed pay increase below the rate of inflation and to prevent layoffs during a cost-of-living crisis, Starmer told members of his shadow team not to join picket lines, even though the strike is popular. The three words most commonly attributed to him by voters in a word cloud from a poll by JL partners were “boring,” “bland,” and “weak.” True, that’s an improvement on Johnson’s word cloud, from April, which produced “liar,” “untrustworthy,” and “incompetent.” But it’s hardly an endorsement. Another poll from mid-June had Johnson narrowly leading Starmer by 28 to 26 percent on who would make the best prime minister.

In the meantime, Johnson resorts to ever more desperate measures to remain in power, pursuing divisive and often illegal policies that reveal an increasing desperation to rally his dwindling base (a right-wing strategy that may sound familiar to Americans). His government has proposed a new “Bill of Rights” so that Britain can circumvent future rulings from the European Court of Human Rights, and suggested violating the Northern Ireland protocol, which is part of the Good Friday Agreement that helped secure peace in Northern Ireland; reneging on key parts of the Brexit deal, which could lead to a trade war with the EU; and backing out of obligations to the World Trade Organization to protect what is left of the UK steel industry. (The latter plan is not without merit, but is best understood as a part of a pattern of rule-breaking rather than part of a strategy to protect manufacturing from neoliberal globalization.)

The political pressure on Johnson to go will mount once again. The logic for his departure is both irresistible and irrefutable. That doesn’t mean he will go. Following the special-election defeats, the Conservative Party chairman, Oliver Dowden, resigned, saying, “Somebody must take responsibility.” Increasingly, there’s only one person who can meaningfully do that. His days are clearly numbered, even if we don’t know precisely what that number will be.