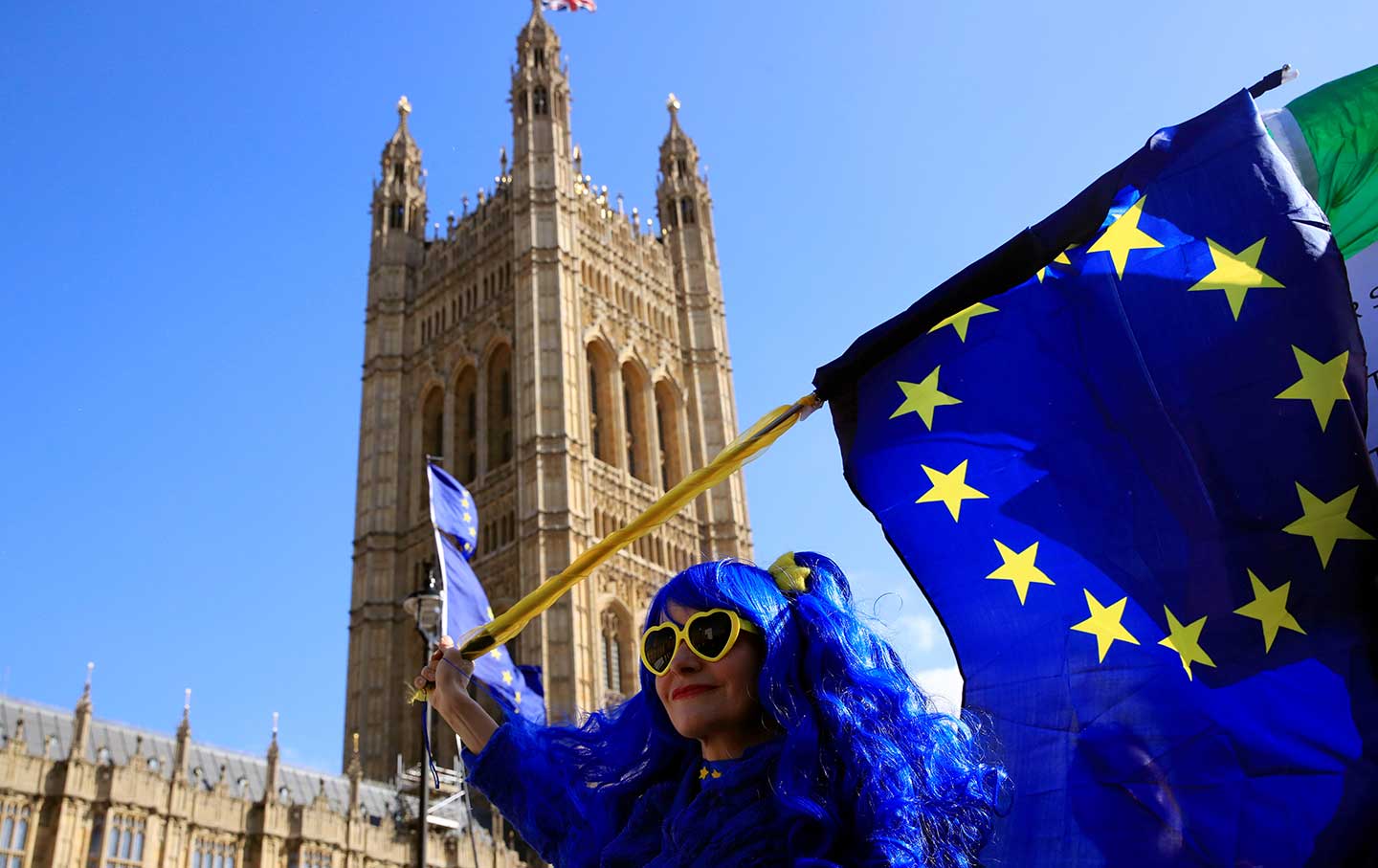 Brexit Is Not Just a Tragedy for Britain
The Nation,
(REUTERS / Gonzalo Fuentes)

To be a British commentator traveling through Europe at the moment presents a credibility challenge. The problem is not when people ask you what will happen with Brexit. Journalists are not clairvoyants and shouldn’t try to be. In a moment as volatile and fragile as this, we should devote our energies to being descriptive rather than predictive. Not least because journalists have proved to be pretty poor at predicting anything of late. Those who did not foresee the rise of the Labour Party’s Jeremy Corbyn or Donald Trump’s taking the White House or Britain’s voting to leave the European Union probably aren’t the ones you want to rely on to figure out what will happen next.

The problem occurs when they ask you what is happening. That we should know. But the truth is nobody can really tell you. The polity is too fractured, the leaders too weak, the margins too narrow, the permutations too many, the strategies too contingent, the imaginations too barren, the parties too undisciplined, the redlines too numerous, and the egos too large to offer a plausible account. Individual actors can tell you their lines, but the consequent drama that unfolds is unfathomable in real time.

Prime Minister Theresa May keeps presenting her Brexit proposal in what is called a meaningful vote, which only gets more meaningless each time it is rejected. She also invites the opposition for talks, insisting that this is the only way forward. But during these discussions, she apparently concedes nothing of value, ensuring that they break down. Parliament keeps holding indicative votes, which are not binding, and are unable to get a majority for any of them. And then we go to Brussels and ask the EU for more time, seemingly because we think there may yet be new ways to make ourselves look stupid. In April, after Britain was granted an extension until October 31 to figure out what it wanted, European Council president Donald Tusk warned, “Please do not waste this time.” Then Parliament duly took an 11-day Easter break.

Since the Brexit referendum, Britain has been a convenient target for continental derision, for good reason: We look ridiculous. But two paradoxes are emerging that should give both Europhiles and Europhobes pause for thought. The first is that while Brexit is a folly particular to Britain, in most other pertinent ways relating to what made Brexit possible, Britain is not as different from the rest of Europe as most Europeans would like to think. We may be the worst affected by this sickness thus far, but it is highly contagious.

The second is that the Brexiteers have done such a poor strategic job of capitalizing on their referendum victory. While they have buoyed Euroskeptic, far-right, and anti-immigrant forces across the continent, they have also given leaving the EU such a bad name that nobody who wants to be taken seriously is likely to try it again anytime soon.

At the end of May, we will have elections to the European Parliament, a mainly advisory and consultative body but the only piece of direct democracy the European Union can claim. If the polls are anything to go by, far-right parties will do well from Finland to Italy. Fascism is not only a mainstream ideology again in Europe; the presence of fascists in government is now a banal fact of life across the continent.

The xenophobia, racism, and bigotry that contributed to Brexit and have certainly grown since the vote are by no means unique to Britain. Electorally at least, they have been less pronounced in Britain than elsewhere. Across Europe, traditional political parties have crumbled while far-right parties have grown. In Spain, the upstart Vox seems poised to become the first far-right party to gain more than a single seat in the Cortes Generales since the death of fascist dictator Francisco Franco in 1975.

Recent soccer matches have increasingly seen racist incidents. In Italy jeering was so bad that players implored their own fans to stop. In Montenegro the Union of European Football Associations president called racist chants against England’s players “a disaster.” And in Germany fans yelled Nazi slogans at their national team’s players of African and Turkish descent. Meanwhile, anti-Semitic attacks are up throughout the continent, with a 74 percent increase in reported offenses in France and a 60 percent rise in violent anti-Semitic attacks in Germany from 2017 to 2018.

These far-right groups have always mixed their antipathy toward immigrants, refugees, asylum seekers, Muslims, nonwhite people, and Jews with a general contempt for the European project, which they blame for diluting their national character. The irony is that, thanks to Brexit, leaving the EU can no longer be bandied about as a vague threat. People can look at Britain—clueless, hapless, bold in its announcement that it would leave but now sheepish in its capacity to actually go—and think, “Whatever else it is we want, we don’t want that.”

As such, Brexit is not just a tragedy for Britain; it is a disaster for the continent. The EU is in desperate need of the kind of reform that will make it more democratic, transparent, responsive, and engaged. Britain’s petulant and erratic behavior over Brexit has not just made it look bad; it has made the EU look far more coherent, popular, and impressive than it deserves. The project of European unity faces serious threats that it is, at present, ill-equipped to deal with.

Winston Churchill is one of many credited with the saying “Never let a good crisis go to waste.” In Brexit, Britain first created a crisis for itself and is now wasting whatever good could have come out of it for the rest of Europe.