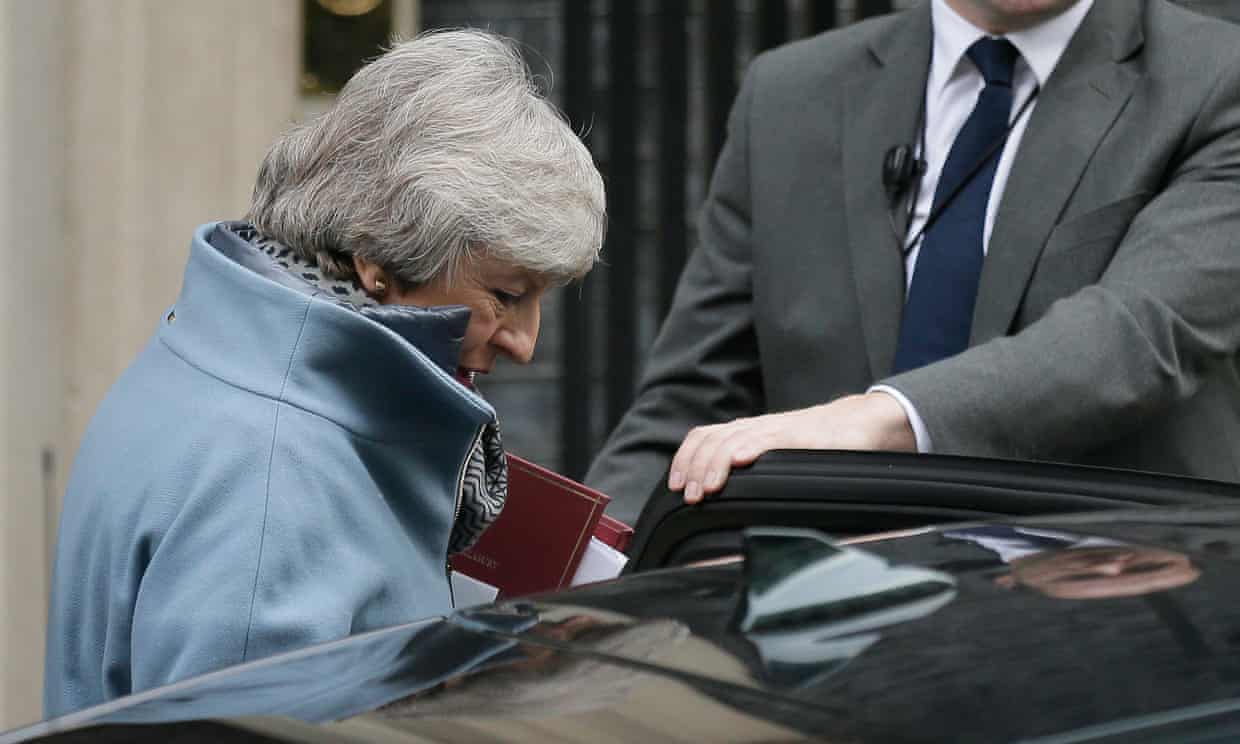 Britain needs more time on Brexit, but we shouldn’t entrust it to Theresa May
The Guardian,
Photograph: Tim Ireland/Xinhua/Barcroft Images

Time, they say, heals all wounds. They also insist that once lost it is never found again because, like tides, it waits for no man. Indeed, of the many things people have said about time, nobody has ever endowed it alone with the capacity to solve intractable diplomatic entanglements, reverse bad decisions or provide an antidote to postcolonial hubris. Time, it has never been said, can find a unicorn.

So when Theresa May asks for more time to negotiate with the European Union over Brexit, we would be wise to be sceptical. Not because Britain doesn’t need more time. It does. Hopelessly out of its depth, the country is neither ready to make a deal nor to crash out without one. As more than 40 former ambassadors argued in a joint statement this week: “We should not leave the EU when we have no clarity about our final destination. Instead we must use the mechanisms at our disposal, above all we must seek to extend the article 50 negotiating period.”

We should be sceptical because, while the country may need more time, we should not entrust it to May. We have seen how the prime minister squanders it: insisting on things that cannot happen, rejecting things that must happen, habitually failing to read whatever room she’s in while sending ministers to negotiate who haven’t read whatever documents were necessary. She has played a poor hand badly. Indeed, we are in this position in no small part precisely because she has been so cavalier with time. She has asked for two weeks so she can continue the almighty unicorn hunt in Brussels for a form of words over the backstop that will unite her party around a deal it doesn’t want, regardless of where that futile effort leaves the rest of us.

It is impossible to know if she honestly believes this is possible. May has a habit of sticking to the script religiously, repeating her lines mechanically, only to commit apostasy, insist on the opposite, claim “nothing has changed” and defy anyone to point it out. In that sense truth, to her, is time-sensitive. She sincerely believes whatever she is saying at any given moment, even when it directly contradicts what she said the moment before.

But it is clear that further delay at this particular point increases the very slim odds of her getting her way. With the deadline approaching and no option, including her own, commanding a majority, she feels time is her only ally. Her aim, in this moment, however, is not to use it but to waste it. She wants to run down the clock, thereby narrowing other options.

This plan was most candidly (and apparently loudly) shared by Olly Robbins, the most senior civil servant involved in negotiations, who was overheard in a Brussels bar explaining how he planned to gaslight the Commons in general and hardline Brexiteers in particular “to make [the latter] believe that the week beginning end of March … extension is possible, but if they don’t vote for the deal then the extension is a long one”.

While our leaders are playing chicken with our future, the EU looks on with growing incredulity as it waits for the UK to stop negotiating with itself. “Some British parliamentarians say that we want to trap them in a permanent limbo,” says the Dutch prime minister, Mark Rutte. “But it is not true. The EU is interested in moving to the next phase as soon as possible and starting a new relationship with the United Kingdom.” Their patience, like our time, is running out.

The notion that the country might be bounced into a version of Brexit that it doesn’t want, for ever, simply to comply with a timetable shaped by the arbitrary needs of this very specific period is both absurd and obscene. Yet the notion that a tight time frame might impact a key decision is not unheard of, particularly in military matters.

The decision to forgo the pretence of diplomacy and start bombing Iraq in March 2003 was dictated by America’s desire to start the war before the weather got too hot and sandstorms too prevalent. Had the US waited, it would have known there were no weapons of mass destruction. “From the end of January, beginning of February, the Americans were losing patience,” the weapons inspector Hans Blix told me. “Even though I was reporting on some improvements and some positive features, I think that they were moving towards the other conclusion.”

The timetable for the Normandy landings was dictated by the need for an approximate alignment of a full moon, a low tide, little cloud cover, light winds and low seas; the Wehrmacht’s failure to take Stalingrad by winter arguably cost Hitler the war.

But these examples differ from Brexit in two key regards. First, we are not at war, other than with ourselves. And second, in cases such as these there is an external variable, generally the weather, that shapes the timing.

When it comes to Brexit, not only is the folly of our own making (we didn’t have to have a referendum, and we didn’t have to vote for it), but the deadline is too. We didn’t need to trigger article 50 when we did, and never should have done so without a plan. When the country needs time, and the leader cannot be trusted with it, there is really only one viable solution: get rid of the leader. Because time, in itself, will not make this right. If we get a six-month extension only to carry on as we have done for the previous two years, we will be simply wasting everyone’s time. Unicorns are as scarce in autumn as they are in spring.