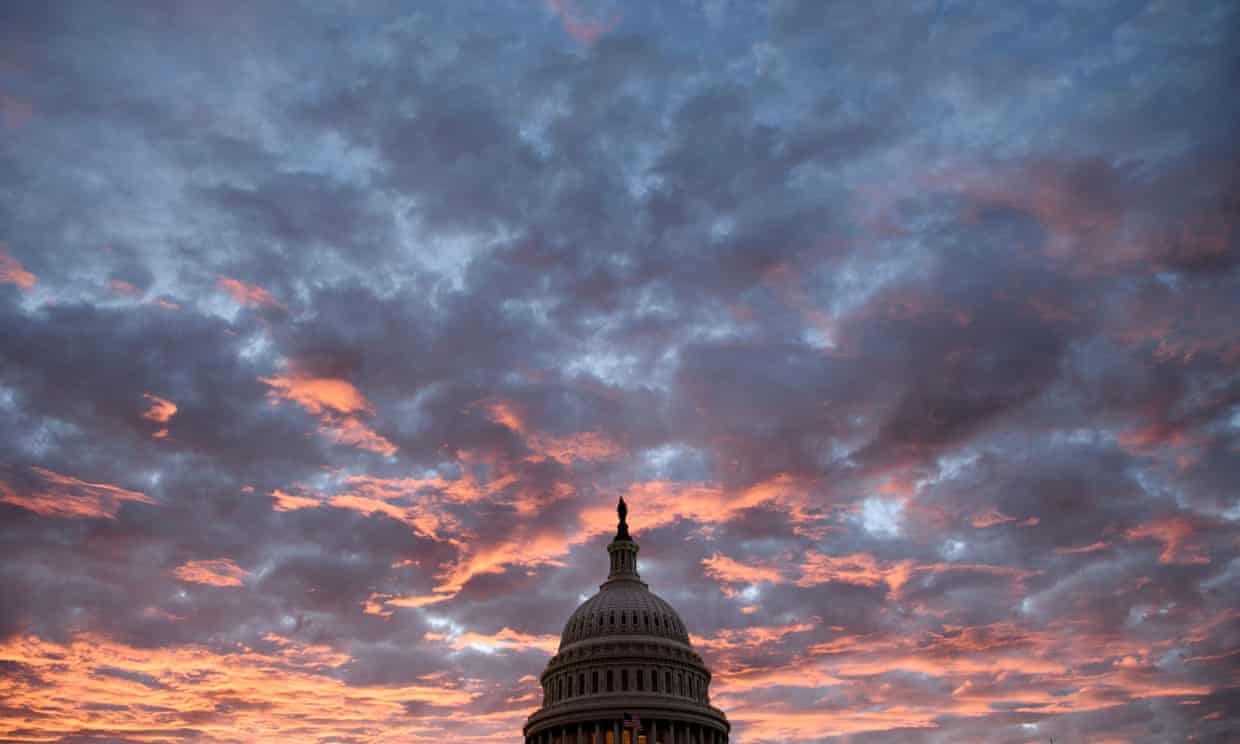 Democrats’ win of the House creates a dam that can block Trump's agenda
The Guardian,
Photograph: Brendan Smialowski/AFP/Getty Images

In the end there was no overwhelming blue wave. A wave washes all before it. But when Republicans expand their majority in the Senate, win governor’s races in Florida, Ohio, Iowa and New Hampshire, Democrats cannot claim a broad and decisive shift in electoral opinion towards them.

But there is now a dam. Democrats won the House of Representatives. For the first time since his election there is the potential for some kind of legislative check on Donald Trump’s presidency. The House has subpoena power. Democrats can set their own agenda and block the president’s. For the first time since Trump’s election there is the potential for resistance to move from the streets to Congress.

It was not a victory for Trump. Democrats won the popular vote by more than 8% nationally, and illustrated how he could be a liability for Republicans. It was to vote against him and his agenda that the young and Latinos turned out in huge numbers and why women and suburbanites threw their lot in with the Democrats, delivering a Nevada Senate seat and creating the closest race in Texas for a generation. It was in no small part in response to his victory that so many women and minorities decided to run, making this Congress the most diverse in terms of gender and ethnicity in history.

But it was not the defeat that many wished for or that Trump deserved.

When Trump won in 2016 some people truly believed he might govern in a different manner than he campaigned and argued that he should be given the benefit of the doubt. For those who were not sure, there can be no question now. He is a bigot.

This was an extraordinary campaign, which took place during an intense period of white-nationalist terror, for which his rhetoric provided, if not the cause, then at least the context. His response was not to tone down his xenophobia, misogyny and personalised attacks but to ramp them up. Throughout he lied constantly and about everything.

It was not a victory for Trump. But it was not the defeat that many wished for or that Trump deserved

Since there can be no doubt there can be no denial. For the most part, enough of the American electorate appears comfortable overlooking Trump’s fundamental nature. They had no trouble voting for it. Many embraced it – one crowd in Georgia chanted “lock her up” referring not to Hillary but the woman who accused supreme court justice Brett Kavanaugh of sexual harassment. This time around no one can blame the Russians, the FBI or WikiLeaks for that.

So while the country has not entirely endorsed the Trump agenda, it has not fully rejected it either. To be fair it has not been formally asked to. Trump was not on the ballot and, for the most part, Democrats did not direct their attacks against his policies or pronouncements. Focusing instead on healthcare and local issues, candidates generally did not counter his lies about the caravan of asylum seekers coming through Mexico or his pledge to do away with the automatic right to citizenship for those born in the US. They did not mention impeachment.

Here in Wisconsin, children separated from parents at the border barely came up. With a few exceptions, Democrats did not present a positive, more hopeful alternative to his dystopian world view either. In that respect they continue to be a poor conduit for all the energy that has emerged from the huge demonstrations and general anxiety sparked by Trump’s ascent. Electorally, that energy has nowhere else to go; politically, the Democrats are doing precious little with it.

As such this election saw the normalisation of white nationalism, as an open, mainstream ideology. Indeed there was one race fought explicitly on this issue. The Iowa representative Steve King has compared undocumented migrants to livestock and recently endorsed a neo-Nazi sympathiser for Toronto mayor. King won by roughly 8,500 votes. Presidents generally do poorly in midterm elections. Both Obama and Clinton saw their parties fare worse during their first midterms. Trump is no different. Both Obama and Clinton then went on to win second terms. It is no longer unthinkable that Trump could too.